Frank Revelations From A Goal-den Career

Prolific Marksman Recalls The Knack That Brought Him To Wolves 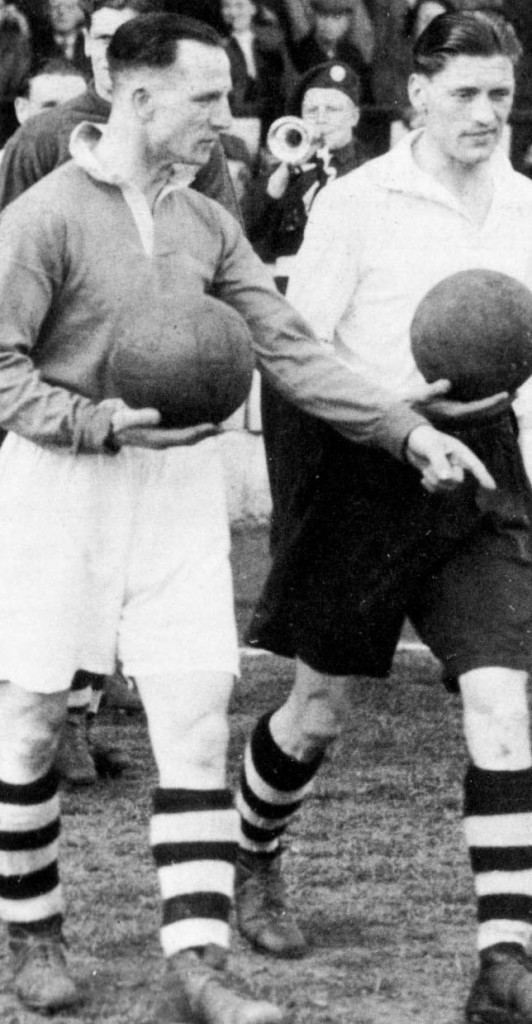 We were delighted to help connect our counterparts on Merseyside with the former Everton and Wolves man Frank Wignall recently – and are now indebted to them for providing us with several little-known new snippets from the one-time England forward’s career.

The 74-year-old started his professional football life at Goodison Park, although the article on www.bluekipper.com reminds us that he actually played for Horwich RMI in the Lancashire Combination prior to that at a time when his ‘proper job’ was as an apprentice aircraft engineer at de Havilland.

“The person from Everton who discovered me was a director aged 84 or 85,” Wignall is quoted as saying in the feature. “He told me he had scouted me 14 times, also that I never let him down as I scored every time he was present.

“On the day of my debut (in 1959), the manager rang me and said: ‘I want you to play tonight against Burnley. If so, can you get here for about 6.30pm.’ This was about 2pm and I was so excited, more so as half the factory wanted to come down with me to watch.

“I seem to recall that the game against Burnley was the record (Goodison) crowd at the time. I played up front with Dave Hickson. We had a corner on the left half-way through the first half and Dave said to me: ‘I’m going to run at least one of the centre-halves to the near post. You can run in behind and see what happens.’

“The ball was knocked beautifully and I thought I’d volley it first time. It went right into the bottom corner of the net and the place absolutely erupted. We still lost 2-1, would you believe?”

Wignall netted 15 goals in all competitions for the Toffees in 1960-61 under Johnny Carey but, contrary to popular belief, it was not that manager who took him to Nottingham Forest and into his peak years – it was Andy Beattie, the Scot who was to subsequently have a short term in charge at Molineux.

The player describes legendary Goodison boss Harry Catterick as a ‘bully’, who even gave him a serious working over to challenge his assertion that he could be used as an emergency keeper when the regular man Albert Dunlop was nursing an injury.

He was happy to move to the City Ground for regular first-team football even as Everton were winning the 1962-63 League Championship and flourished to such an extent in the East Midlands that he delivered 47 goals in 157 League games.

In almost a year at Wolves from March, 1968, his ratio was even better as he netted 16 times in 36 senior games, including a hat-trick against Chelsea. 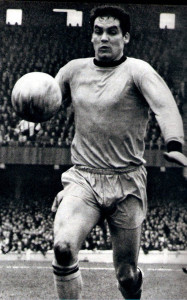 And, as we have reported before, there was a flirtation with England’s 1966 World Cup squad until injury scuppered his hopes, albeit not before a startling debut in which he scored twice thanks to the ‘assists’ of another man with Wolves connections.

Of his senior international bow, Wignall adds in the article: “We played Wales at Wembley and Alan Hinton (a team-mate of his at Forest and Derby) delivered two crosses into the box and I got my head on both of them.

“I was no 1 choice for England at that time and went to all the training sessions with the squad.”