On Course For Glory 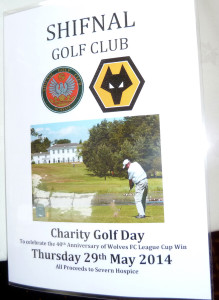 A meeting of sports……

Fewer in number but still high on spirit, the Boys of 74 have gone their separate ways again after fondly marking the 40th anniversary of their famous League Cup final heroics against Manchester City.

Four of the 12 who defied the odds with that pulsating Wembley victory were joined by four others of a similar vintage, plus two from a few years later, at a charity golf day at Shifnal yesterday.

Chief organiser was the match winner from just over four decades ago, John Richards, who sent his one-time colleagues out over the impressive Shropshire course, where Mike Bailey was once a member, and then acted as MC during the evening’s festivities.

Also present were Richards’ fellow Wembley scorer Kenny Hibbitt, arguably the best golfer ever to have been on the Molineux payroll, Geoff Palmer and the man who replaced Dave Wagstaffe late in the 2-1 win over City, Barry Powell.

From the extended squad at the time, we had the pleasure of the company of Steve Daley, Steve Kindon and the unlucky Phil Parkes while Willie Carr, Mel Eves and Dale Rudge also teed off.

“It’s not easy pulling the lads together because we are quite spread out these days,” Richards said. “Kindo came down from Lytham, the Hibbitts stayed over with us for the night after travelling up from Gloucestershire and Barry Powell caught the train from Warwickshire.

“But we hadn’t had a 40th reunion do as such this year, so it was great to be together again in a happy environment.

“We’ve sadly lost three of the lads who played at Wembley and not all the side play golf, so who knows how many of us will be around to do this 50 years on?”

Footage of the big match, with commentary by Brian Moore, was showing in the dining room throughout and there was admiration once more of Gary Pierce’s quite outstanding performance in place of the injured Parkes.

The banter was as sharp as ever. Kindon showed that footballers never quite grow up, in each others’ company at least, by pinching one of Hibbitt’s shoes in the changing room and, on the course, Daley – bravely turning out despite receiving a knee replacement in the winter – was heard muttering that he had more points on his driving licence than on his scorecard.

Wolves Heroes’ co-owner stretched minds afterwards with a 1974-themed quiz, including questions asking how many first-team Wolves games Pierce had played before Wembley, how much an average terrace ticket and a programme for the game might have cost and how many goals the team had scored in the earlier rounds of the competition.

He also compered a question-and-answer session with Hibbitt, Palmer, Powell and Parkes. 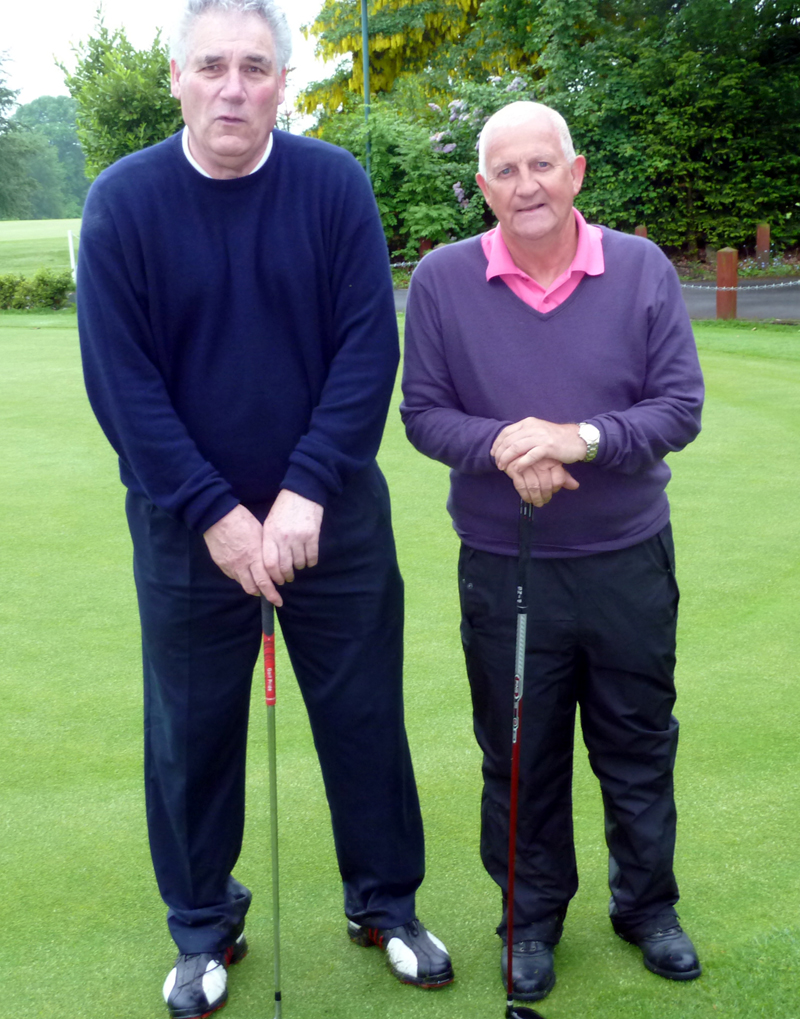 The day, kindly supported by Richards’ good friend Dave Butler, the current Shifnal men’s captain, was one of a series of events being held at the club this year in aid of Severn Hospice.

“We’ll have raised well into four figures and we’ve had a lovely day as well,” Richards added. “We’re grateful to all the people who put teams in and made it a big success.”

Gary Cutler, the former Molineux reserve who now lives in Australia, had entered a team but was forced to return Down Under ahead of schedule.