Storm In Florida Prompts A ‘Flash’-Back

Calling It A Day A Little Early 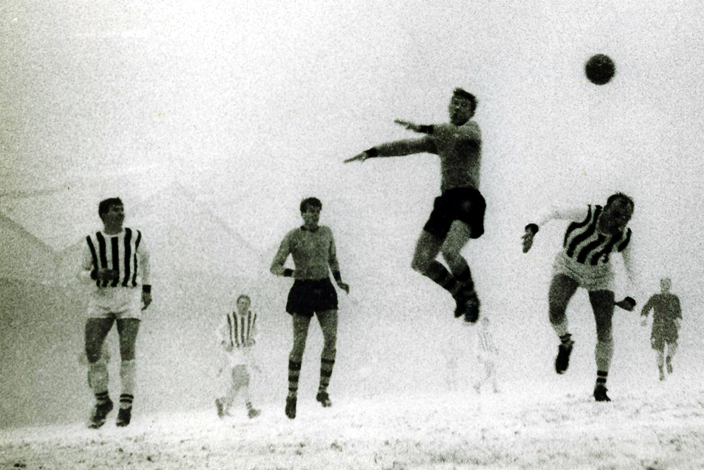 How long can this go on? Wolves and Albion battle it out under the eye of a watchful referee in 1962-63.

Last night’s bizarre goings-on in Miami had us scratching our heads and doing our research on Wolves’ matches that, unlike the Honduras v England friendly, did not go the distance.

Perhaps surprisingly, it is well over half a century since the club had a game abandoned – and a remarkable tale it was, too, although there was not a flash of lightning to be seen.

Molineux was such a wintry place for the Black Country top-flight derby with Albion on Boxing Day, 1962, that fewer than 19,000 turned up. But maybe the stay-aways knew something because the proceedings were halted at half-time.

With Wolves two up at the time in heavy snow, it’s perhaps no wonder the visiting players did their best to influence the referee by reportedly jumping in the bath in the interval and making it clear they didn’t think conditions were fit and safe.

Any hopes of the Baggies getting away with it were shot down when the fixture came to be restaged, though. With 22,618 present this time, Wolves cut loose to win 7-0 with a hat-trick by Terry Wharton and braces from Barry Stobart and Alan Hinton.

It may be assumed that the authorities in those days, with the term ‘health and safety’ not on everyone’s lips, were more prepared to give the go-ahead for matches to be played in dodgy conditions.

But, less than two years before the called-off Albion clash, another Wolves fixture suffered a permanent stoppage. Only seven minutes of the goalless First Division fixture at Blackpool had been played in January, 1961, when the referee led the players off, not to return.

This time, the rescheduling did Stan Cullis’s men no favours and they crashed 5-2 almost two months later despite a couple of goals from left-winger Cliff Durandt.

We have to go back back well before the war and in two cases well over 100 years for other instances of matches being started and not finished.

The reprieve proved just that in 1893-94 when a Wolves side trailing 2-0 at half-time at home to Everton on November 18 were given a second chance, which they took full advantage of with a win by the same score on December 4.

The other Merseyside giants were the visitors to Molineux on March 14, 1903, when heavy rain forced a halt to the action after 50 minutes. Again, Wolves were 2-0 down and this time there was no long-term escape for them as they were also beaten by that score in better weather a month and a half later. 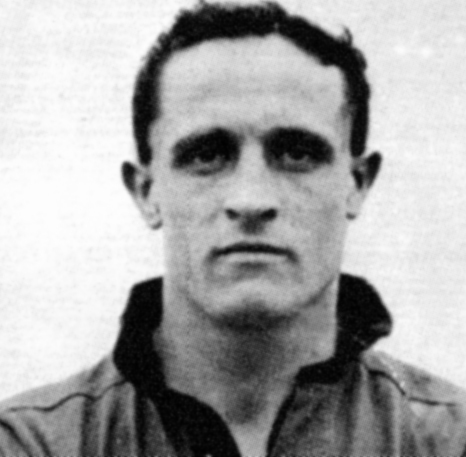 The only other known abandonment Wolves have experienced came thanks to a blizzard when they were hanging on to an odd-goal lead in a First Division game at Leeds on December 12, 1936.

They were down to ten men at the time, having had keeper Alex Scott sent off and centre-half Stan Cullis taken off injured. But both players were back on view when the side returned to Elland Road four months later to win 1-0 thanks to one of only three goals veteran defender Bill Morris scored for the club.