Getting The Samba Beat

When Wolves Mixed It With The Boys From Brazil 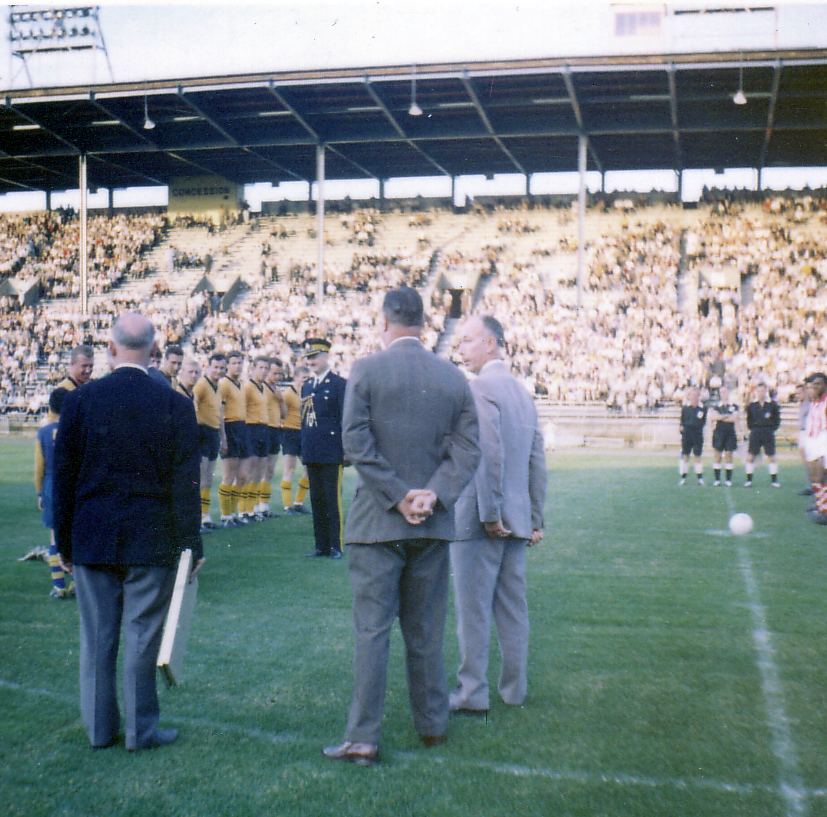 Pre-match formalities as Wolves prepare to take on Bangu in Vancouver in 1963.

Wolves may never have played in Brazil but they have done the next best thing by facing two clubs from the country which is currently hosting a thrilling World Cup finals.

Long before they took on Santos in Steve Bull’s testimonial in 1997, Wolves contested not one or two but three highly competitive matches against Rio-based Bangu – and in different neutral venues at that.

A strong common denominator was centre-half David Woodfield, who was sent off in the drawn first meeting in Vancouver in 1963, a participant in a victory against the same opponents in Toronto a week later and his side’s saviour when the honours were shared in Houston during a marathon 1967 summer tournament.

It is obvious from those snippets that the clashes took place during tours on the other side of the Atlantic – marathon trips, in fact, that contained ten and 14 games respectively.

The first assignment against the talented Brazilians was the only game Stan Cullis’s side didn’t win on their end-of-season trek 51 summers ago, although they must have felt well on the way when Chris Crowe cut inside to score from 25 yards after ten minutes and Jimmy Murray forced home the second after Wolves had been denied by three fine saves.

But a Bangu team containing several members of the World Cup-holding Brazilian national side pulled one back and then tied it up at 2-2 just after Woodfield had been ordered off by referee Frank Lee just before half-time. Despite having only ten men, though, the defender’s team-mates negotiated the entire second half without further mishap.

And Wolves got the measure of the Brazilians, whose traditional colours are red and white stripes, when they flew two-thirds of the way across Canada to meet them once more at the start of the long trip home.

Cullis had beenenraged by the standard of refereeing in the first game and said boldly: “Our pride is at stake and we want to maintain our unbeaten on this long tour.” His rival boss countered with the forthright message: “We represent a country who are champions of the world and we must win.”

It was Cullis’s men who did the most eloquent talking on the pitch as they won 4-1 thanks to two goals by Barry Stobart, one from Ted Farmer and a rare entry on the score sheet by full-back Gerry Harris.

Four years later, the reunion of the clubs had an unusual setting. Sweltering heat was a feature of a United Soccer Association tournament that Wolves won memorably against Aberdeen in the final, so the air-conditioned indoor Houston Astrodome was a welcome change as match venue.

Blisters caused by the need to wear rubber boots with small studs on a nylon grass surface were more of a problem than temperatures that remained at a steady 72 degrees and made it comfortable for a remarkable 35,000 attendance.

Bangu, who were playing as the Houston Stars while Ronnie Allen’s men masqueraded as Los Angeles Wolves, took the lead against the run of play through Borjeas but a late equaliser from Woodfield, who met a set-piece with his head, secured a draw that was described in the Express & Star as ‘magnificent.’

Terry Wharton and Fred Davies were other survivors from 1963 in Wolves’ squad while Bangu this time had seven representatives from the Brazilian party who had lost their grip on the Jules Rimet Trophy in England the previous summer.

Keeping fully focused on the game was not easy for Allen’s players. They were not used to the sort of electronic scoreboard that showed not only the score but also the goal attempts – emblazoned in lights at the end as being 26-10 in Wolves’ favour.

The capture of Santos as the opposition for Steve Bull’s testimonial was seen as quite a coup, so there was some disappointment that the crowd was well below capacity for Wolves’ all-time record goalscorer at fewer than 21,000. 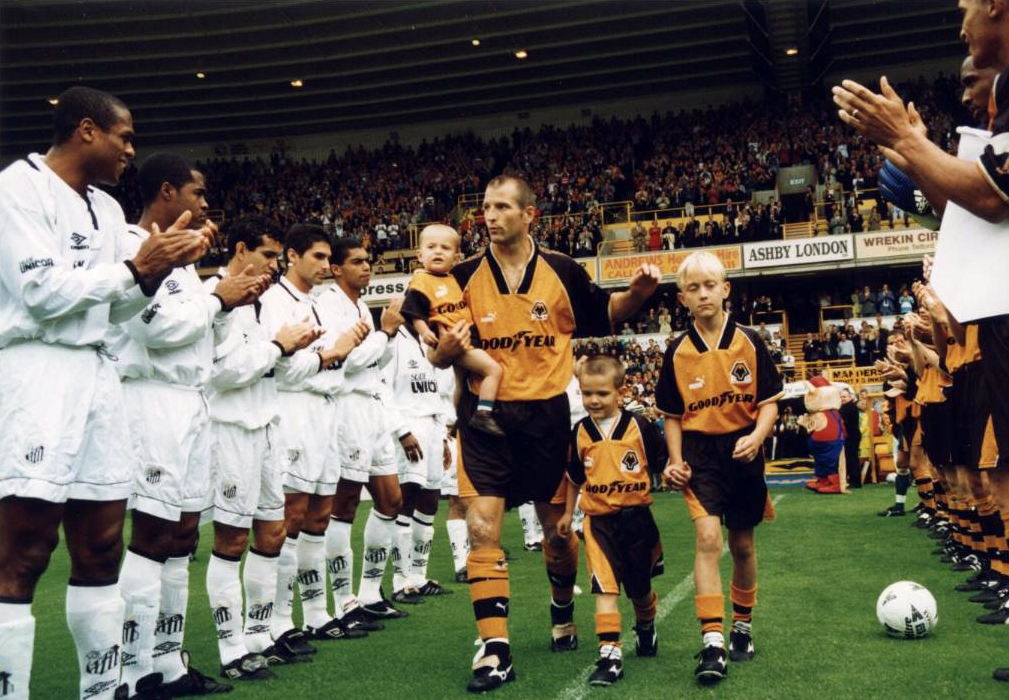 Steve Bull has his hands full in taking the acclaim before his big game against Santos.

The club were just about to embark on their second full season under Mark McGhee, who had replaced Bull as captain with Keith Curle in the close season.

This was also the summer in which Robbie Keane burst into the limelight and he started against the famous Brazilians in a side who showed Newcastle’s Shaka Hislop as guest goalkeeper in the absence of the injured Mike Stowell.

Two French trialists, Eugene Dadi and Benoir Pujade, went on from the bench, along with recent signing Dariusz Kubicki, and Wolves’ goal in a Saturday-afternoon 1-1 draw on August 3 was Don Goodman in the 53rd minute.