All Stars Take On Baggies

Neatly Kitted Out For A Tasty Starter 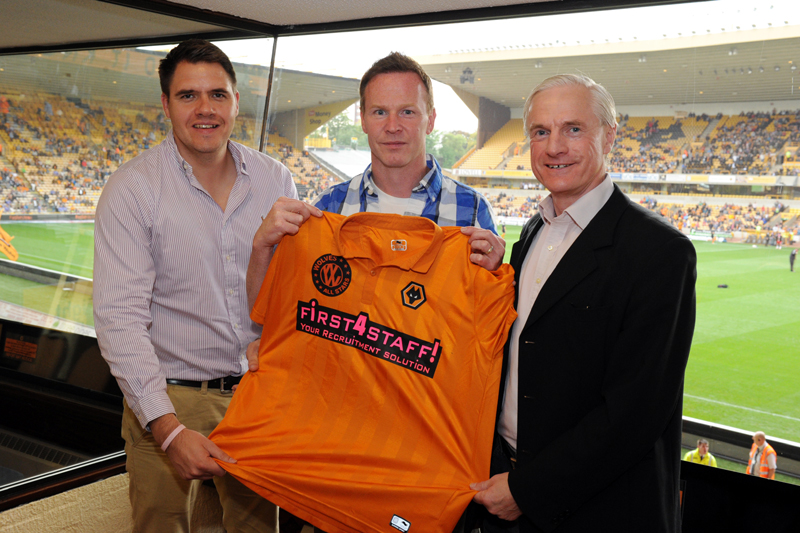 Wolves All Stars are back in action this Sunday with a game against counterparts from their ‘nearest and dearest’ down the A41.

The Black Country veterans’ derby against Albion is to raise funds to help re-form the 139-year-old Darlaston Town Football Club, who folded in June of last year.

A Community Interest Company were set up last September with the aim of generating funds to have the club back on their feet and run them for the 2014-15 season.

The August 3 fixture has a 2pm kick-off at Darlaston Community Association, Hall Street, Darlaston (WS10 8NL) and comes at the start of a season in which the Wolves side hope to be bolstered by Jody Craddock and Rob Edwards.

Craddock has pledged his support for when he is available and Edwards is eligible, having now retired and returned to Molineux in a youth coaching role.

Businessman Jason Guy is part of the organising team now running the squad and his company (First4Staff) have sponsored the new kit.

Further fixtures are on the agenda for Wolves All Stars, with a game against Stafford Mental Health in Sport at the home of Stafford Town at Evans Park, Riverway (ST16 3TH) on Sunday, August 31 (3pm).

Proceeds from that occasion, which is being organised by a keen Stafford-based Wolves fan, are going to those raising awareness of mental health issues in sport.

Finally for now is a match on Sunday, September 14 against Walsall All Stars at the Stick & Wicket, Aldridge Cricket Club, The Green, WS9 8NH (2pm kick-off).

Beneficiaries are Walsall Phoenix – one of the oldest amateur football clubs in the Midlands, having been formed in 1897.  Phoenix run teams at all age groups from academy to veterans but have found costs rising over the last few years and need fund-raisers such as this to keep afloat.