A Lorry Load Of Stobart Stories

The Boy Loy On Family Pride 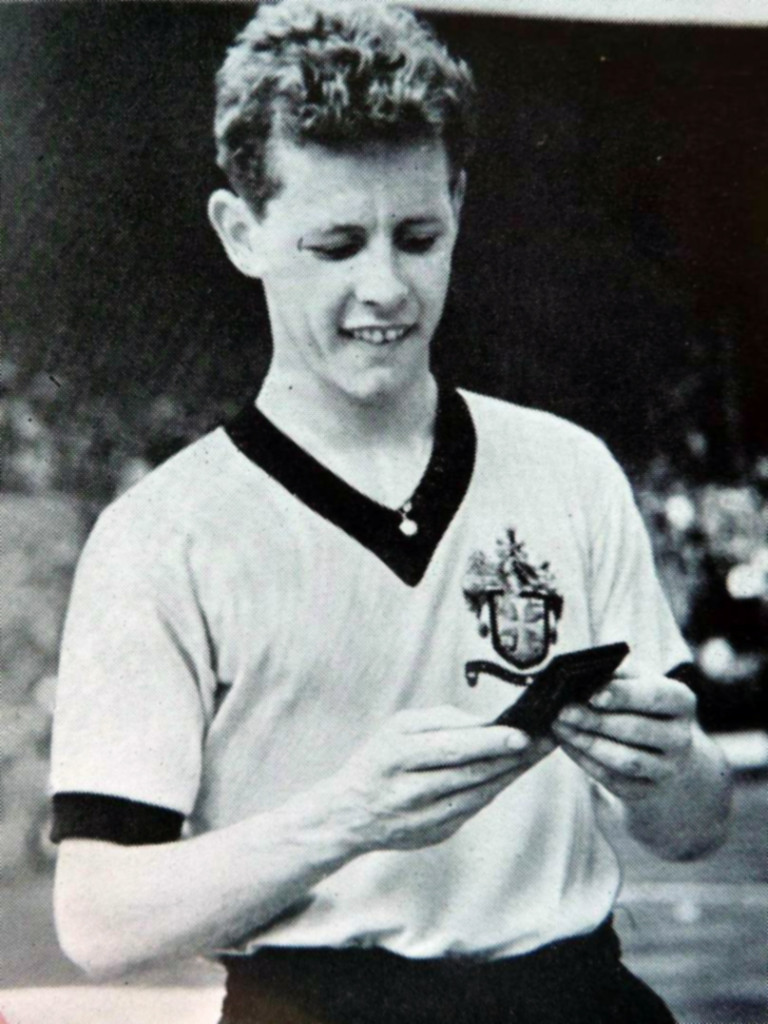 Barry Stobart with his pride and joy.

An excellent new publication bearing Barry Stobart’s name on the front cover has followed the return to these shores of the 1960 FA Cup finalist’s youngest son, Loy.

Barry’s death 12 months ago came while Loy was living in Antigua with his family but they are now resident in Bournemouth and relishing a recent entry to the book shelves.

‘From Barry Stobart to Neil Young’ is the title of Matt Eastley’s very different look at the FA Cup in the 1960s – a journey that starts with Wolves’ 3-0 victory over Blackburn in the season they very nearly became double champions.

It isn’t easy to uncover new material on what is the well-aired subject of Wolves’ halcyon days under Stan Cullis but hats off to the author, a Charlton-supporting journalist who travelled from his home in the south-east to spend time with the Stobart family while Barry was still alive, for doing just that.

This time-consuming project went much further than newspaper cuttings and some grainy YouTube footage. In an effort to find out what the big Wembley day meant to the wider community, Eastley also spoke to supporters, among them the late Ray Brown – a former public address announcer and Wolves’ first press officer. Some of the personal accounts are superb.

No fewer than 43 pages are dedicated to the game and its build-up and aftermath, with the spotlight in particular on the rookie who controversially dislodged regular pick Bobby Mason.

There is much insight into how Stobart and his girlfriend Maureen celebrated the Cup win and into the impact on his young career; much later, there is also a sensitive but revealing look at the terrible handicap and strain that came with Barry’s illness.

“The family are very pleased with how the book portrays Dad’s story,” Loy said today. “It’s lovely to have his name in the title of a book even if it isn’t just about him.

“I know mum (yes, the same Maureen!) loved the way the story was handled. It’s another tribute to Dad’s career at the Wolves.”

Loy was himself on the Molineux books some quarter of a century ago but not before crossing paths at Nottingham Forest with a couple of high-profile managers from the past and present. 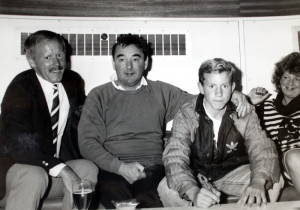 He was taken to the City Ground as a schoolboy by none other than Brian Clough after first playing as a 15-year-old for his dad at Dudley.

Progress was always going to be tough for him, not least as he had Roy Keane, Steve Stone and Scott Gemmill among the talented competition. Neil Webb and Steve Hodge were among those already in possession of first-team shirts in that area of the side, with Des Walker and Stuart Pearce further back.

“I had a three-year contract and in the end stayed there for two years until about 18,” he added. “We won a Midland youth competition while I was there and I did make it into the first-team squad once when we played at Chelsea in one of the cups and I was chosen by their groundsman as the one who had to tell Cloughie he had sat down in the wrong dug-out!

“But even getting into the reserves was very difficult because they kept winning the Central League. They had us younger lads playing in a league against teams of miners because they knew we would get clobbered if we didn’t learn to get rid of the ball quickly and keep it moving.

“My room-mate was Sean Dyche. He could be a pain in the backside as he was a bit arrogant. But he had that self-belief which is so important. He had the gift of the gab even then and has gone on to do so well.

“Darren Ferguson came and had a trial game with us at the training ground because I think his dad wanted him playing for Cloughie. I absolutely ripped him to pieces, I know I did.

“In another game, this time at the City Ground, I was playing in central midfield alongside Roy Keane. It was the time Ron Jukes came from Wolves to watch me and start the ball rolling for me to move there.

“Going and playing where my dad had been was the best. I was a big Wolves fan and had a decent season before playing particularly well in a match at Redditch the following July or August. It earned me a trip with the first team to Glenavon and my parents were really chuffed that I got on.

“But I broke my leg playing against Chasetown in a friendly shortly after we got back. Graham Turner drove me to the hospital and I just couldn’t get my confidence back even when my fitness eventually returned many months later.”

Young Stobart was soon on his way to link up with his former Molineux skipper Alistair Robertson at Cheltenham in the Conference, from where family connections led to him being fixed up by 1950s Wolves winger Cliff Durandt at Johannesburg-based Bidvest Witts, who were managed by Terry Paine in South Africa’s top flight.

The experience ended sourly but the family wanderlust that had also taken Barry to South African football (to Durban) would surface the other side of Loy seeing out his career back in local non-League football.

He trained at Wolverhampton University and in Kentucky for a white-collar career and, as well as working here in the Black Country, has taught in the Bahamas and more recently in Antigua.

Now, a comprehensive school in Poole is where he and his wife Syreeta, who have daughters aged six and three, teach maths. As we speak, mum Maureen is staying with them. Just to bring the story up to date, I inform Loy that his brother Sean, with offspring, had been spotted at Wolves’ game against Northampton last night.

Half a century and more ago, Barry and Cloughie were playing contemporaries and got on sufficiently well for Stobart Snr to oversee the signing of Loy’s Forest contract.

Our chat has been entertaining but I push my luck for one more Cloughie story…….

“Oh yes, there was one,” Loy laughs. “At games at the City Ground, the young lads had to sit on the seats right next to where he sat in the dug-out. There would always be a rush for those places furthest from him! 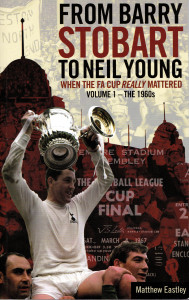 “I remember being next to him once, though, and being the one to have to run an errand for him during the game. He said: ‘You know what to get for me.’ It was a plastic cup containing orange and whisky, with two Paracetemol. Everyone was scared stiff of him but he was still getting results then.”

* ‘From Barry Stobart To Neil Young; When The FA Cup Really Mattered’ (£14.99, paperback) is volume one of a series by Pitch Publishing. A 1970s follow-up is also in print and a 1980s version is a future possibility.