Winger On His Trip To World Cup Final Venue 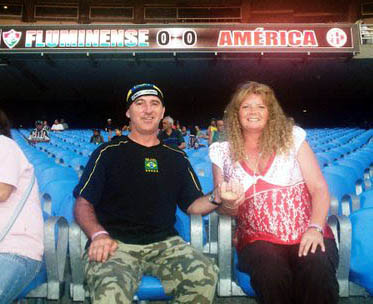 John Black in the Maracana five years ago with his former partner Jan.

Okay, we’ll be honest…….we messed up a bit with this story. We would have been better served using it a couple of months ago, when we were looking for posts of a World Cup or Brazilian blend. But the tale of a former Wolves man setting foot in the Maracana Stadium has to be worth an airing at any time.

John Black, a Molineux fringe man of the late 1970s, clearly doesn’t only do what might be called ordinary holidays and watched last month’s Germany v Argentina final with an extra relish.

The reason was that he attended a top-flight Brazilian game at the spectacular venue around five years ago and remembers the experience as a fun-filled day far removed from a freezing afternoon in England or Scotland.

“It was a League game between Fluminese and America,” John told us this week. “Unfortunately, it finished 0-0 but it was still a special occasion with seeing all the other entertainment, like the flamenco dancers, the keepy-uppy competitions and various other challenges involving children being invited out from the crowd and often ending with prizes being thrown among the spectators.

“The experience and atmosphere are what I remember. That and the stadium itself, which is obviously world-famous and fixed in our minds after it hosted the World Cup final recently.

“Around 40,000 were present when we were in and there was loads of space between the seats; enough for these buggies to appear in certain areas and bring beer and other refreshments almost right up to you for you to buy.

“I recall seeing a lot of women and kids in the crowd. Fluminese were in a kit like Sunderland’s and even babies seemed to be dressed up in the colours. The toilets were spotless and nothing like what I’m used to at British grounds. They were called comfort rooms. 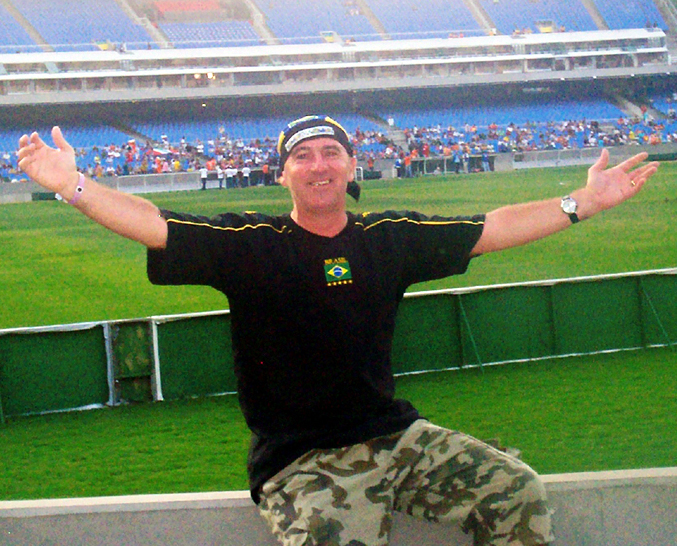 Just glad to be there!

“I suppose the atmosphere was helped by the weather. It was between 75 and 90 degrees every day we were there and it’s easy to relax in that sort of climate when you haven’t got five layers on and your hands in your pockets.”

Black, who made six first-team Wolves appearances before going on to Bradford City, Hereford and a career in non-League football, is now resident in Brora, well north of Inverness in his native country.

Remember those TV pundit studios with the sweeping view down Copacabana Beach? During the Rio leg of the holiday, he, too, enjoyed the look-out over the city’s famous sights from a hotel on the sea front.

“The game itself was not impressive,” he added. “I’d take most Championship clubs from England to have beaten them that day. There were players trying flicks and tricks in dangerous areas and show-boating without the luxury of a good lead. Maybe that mentality explains why Brazil lost so badly to Germany in the semi-final! I think they did well to finish fourth.”

Black, now 56, is one of dozens of former Wolves men to have supported our sister company Thomas Publications in their latest venture – one with a strong charity angle, as The Stroke Association and Cancer Research are both set to benefit from four-figure donations.

The biography they have just produced on Frank Munro was written by Dave Wagstaffe and edited by Steve Gordos and is now on the book shelves at Molineux and other locations.

With the subject of the £14.99 hard-back having hailed from north of the border, we have been let in on some of the Molineux banter of the time around the man who joined his boyhood favourites in Celtic at the end of his brilliant Wolves career.

“Frank and I used to give each other pelters because I was a big Rangers fan,” John told us. “When he was at Celtic but back training in Wolverhampton once, he was giving me his stuff on how Celtic were going to beat Rangers in the League Cup final, which was due soon.

“He was so confident they would win that he said he would give me the medal if they lost. Well, Rangers won 1-0, with Davie Cooper scoring. I never saw Frank again until the day we had that big reunion at Castlecoft a few years back. 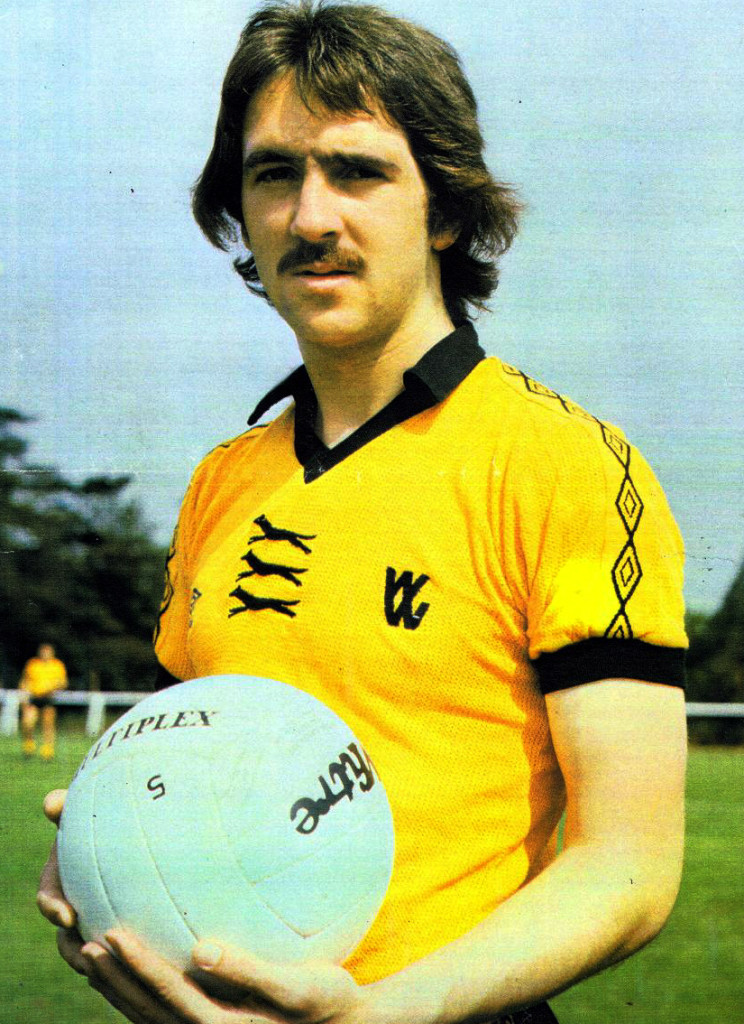 John in his Wolves days.

“I had waited years to rub it in that Celtic had got beaten. Jock Stein had made Frank captain for his first game. So that day at Castlecroft, I let him have it. In return, he gave me all the fisherman’s tales about how lucky Rangers were, how they had only one shot and Celtic missed chances.”I laughed and said to him: ‘So where’s my medal, then? He laughed and, with that glint in his eye, said: ‘In the River Clyde – where do you think?'”