A Day Etched Forever In Our Minds 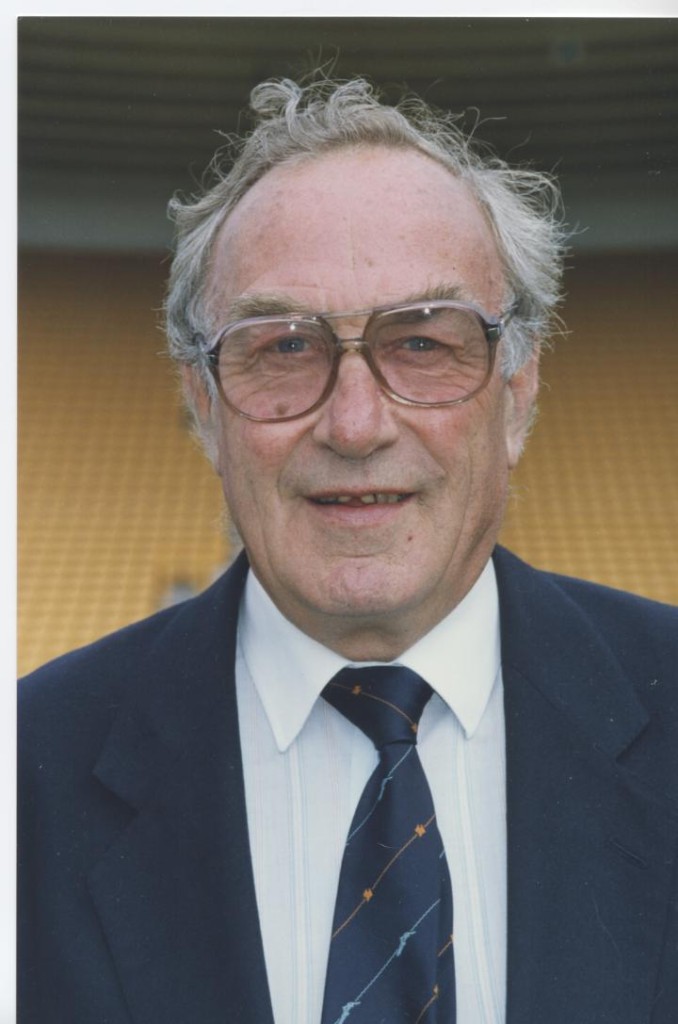 Twenty years ago today, Wolves fans and the wider football world woke up to the news that Billy Wright had died.

In the hours leading up to a Saturday afternoon League game at Sunderland during the early weeks of Graham Taylor’s only full season in charge at Molineux, we heard of the passing of the man Sir Jack Hayward called ‘England’s finest footballer and gentleman.’

A tearful Sir Jack had quietly tipped me off after the previous Sunday’s home win over Albion that the end was close and it was time we at the Express & Star might start planning our tributes.

When the announcement came, the public outpouring of affection and grief began within hours, with the laying of wreaths, shirts, scarves and hand-written notes at the entrance to the showpiece stand that bore, as it still does, the legendary England captain’s name.

Around 200 miles away, before Mark Venus’s goal secured a 1-1 League draw, Wolves and Sunderland players stood in silent tribute; not in a tight, interlocking straight line as they do today but arced round opposite tips of the Roker Park centre circle, a yard or two apart, with heads bowed, black armbands on and their hands behind only their own back.

Stowell, Blades, Birch, skipper Shirtliff….these men would have been genuinely upset by the news. Can you imagine what it must have been like chatting on overnight stays and pre-season tours to the first man to win 100 England caps?

Sir Jack had put a spring back in Billy’s step by inviting him on to the board of the club he bought in May, 1990 – and the role was taken seriously. More than 30 years on from the last of his 541 League and cup games for the club, Ironbridge’s most famous son travelled from his North London home even to reserve away games.

He seemed to take a special interest in the young players; he had come through the system at Molineux, after all, so going to FA Youth Cup games and the like was no hardship to him.

His devotion was total. On the night Wolves bridged a one-season gap by winning in the FA Cup at Ipswich – a ground he never played a competitive match at – the TV cameras picked him out rising from his seat in celebration of one of the goals.

That was March, 1994. Nearly four months later, he visited his beloved Molineux for the last time when introduced to The Queen during her official opening of the redeveloped Molineux.

He had by now been diagnosed with cancer of the stomach and died peacefully, aged 70, at his home in Barnet at 4.20am on September 3, 1994. His four and a half years as a director had added genuine purpose and fulfilment to his twilight seasons. 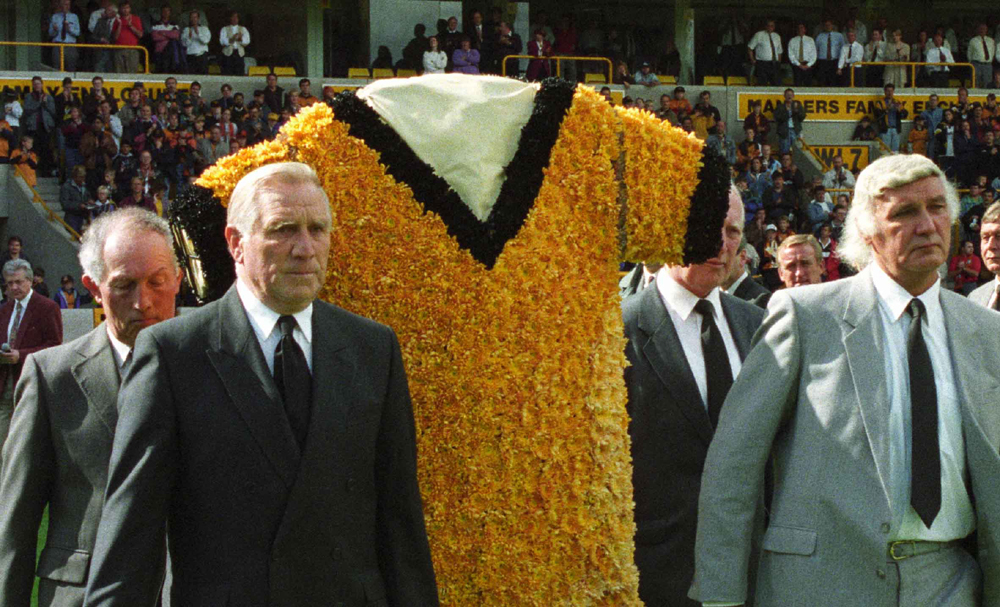 Not a dry eye in the house….Bill Shorthouse (left) and Eddie Stuart lead the way with a Wolves shirt made from flowers at the first home game after Billy’s passing.

In a 2009 book called Billy & Bully, I wrote that the floral pre-match tributes – carried on to the pitch by former team-mates – at the following Saturday’s home game against Tranmere put a lump in 27,000 throats. The mood was even more moving at a funeral two days later that not surprisingly brought Wolverhampton to a standstill.

Billy left a lifetime of memories for those who were lucky enough to see him play; even for those able to meet him in later life. Thankfully, we also have that magnificent statue on the Waterloo Road……nine feet of awe-inspiring Wulfrunian pride.

Even at last Saturday’s home game with Blackburn, I watched arriving fans touch the monument as they walked by. Two decades on, the love remains strong.