An Encore For Bertie

Another Trip Back For Northern Ireland Forward 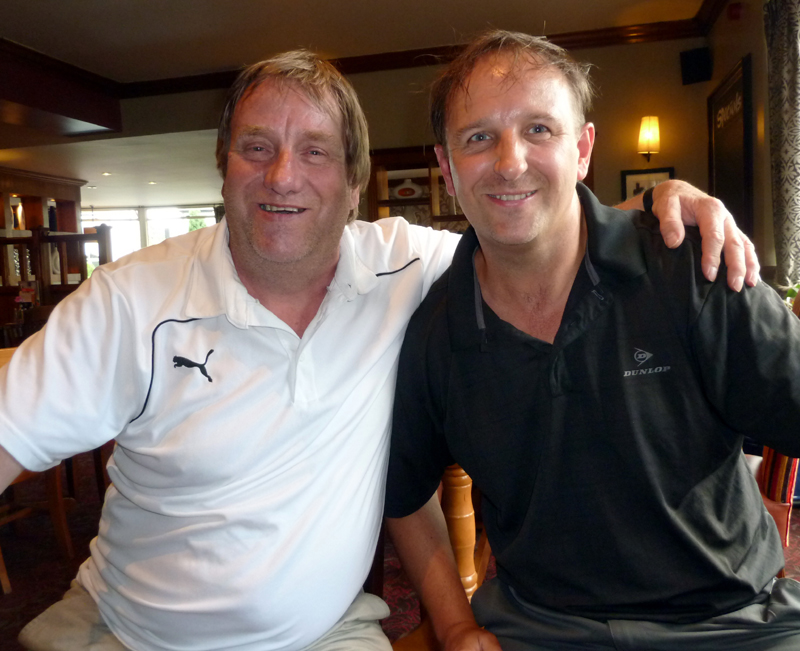 A round after their round. Bertie Lutton and son Lee refuel after golf at Patshull Park.

Bertie Lutton arrived back home in Melbourne this week after squeezing time in Wolverhampton into his latest hectic return to the British Isles.

The former Molineux and Northern Ireland forward was in Europe for four and a half weeks, during which he participated in his daughter Lisa’s 40th birthday celebrations in Portugal, resided with son Lee in the Dunstall Park area of Wolverhampton and stayed among family near Belfast.

He is already planning a return visit next summer – one he hopes will be conducted at a less frenetic pace as that’s when he is also due to retire.

“Lisa lives south of Brisbane and flew over with me this time,” he said. “My other daughter is also due to go and live in that area through her husband’s job, so I will be moving there as well in due course.

“I’m sure some grandfatherly duties will be lined up for me but, in the meantime, it’s back to the warehouse I work in at a big transport company. I don’t turn 65 until next July.”

We caught up with Bertie as he ‘refuelled’ at the Chestnut Tree pub in Finchfield after a round of golf with Lee at Patshull Park. Our meeting place was just down the road from where we reintroduced Lutton Snr and John Richards in 2010 following no fewer than 37 years apart – please click on https://www.wolvesheroes.com/2010/08/22/big-pals-meet-again-37-years-on/ for a recap.

The get-together a few days ago was convivial enough but, planned as it was, didn’t have quite the same impact as one that was set up without Bertie’s knowledge last summer.

Then, in the Gatehouse pub-restaurant that stands on the old Goodyear site on the A449, Lee fixed it for his dad to be reunited with a football pal from the club Frank Munro also used to play for.

“I was contacted on Facebook by a guy called John Stevenson, who was a Scot who had gone out to play in Australia at the same time as Dad,” Lee said. “He said he was coming over to visit friends in Coventry and wondered whether I could set up a meeting here in Wolverhampton for old time’s sake while they were in the Midlands.

“I positioned Dad at the table so he was facing the door when they walked in and he and John would see each other. They did a lot of catching up that night!”

Bertie, who played 25 first-team games for Wolves in the late 1960s and early 1970s and also won six caps for Northern Ireland, was a team-mate of Munro’s when he went Down Under after a spell with West Ham. 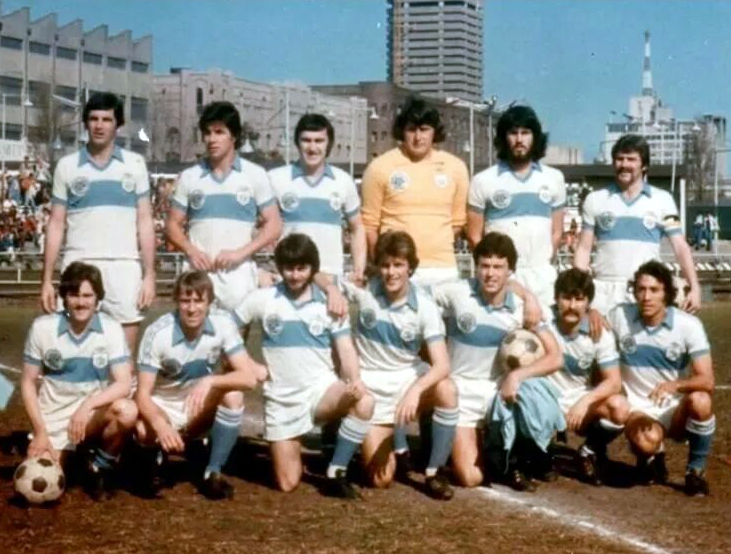 But it was at Sydney Hakoah (later known as Sydney City) that he and Stevenson lined up side by side.

“John and I actually flew out on the same plane to sign without realising it until we were met at the airport over there,” Lutton said in his enduring Ulster account. “There was a third Sydney new boy, Graham Honeyman, on the same plane but in another row of seats again.

“John was a good player and went on to captain Australia after settling there.”