A Varied Career Of Ups And Downs 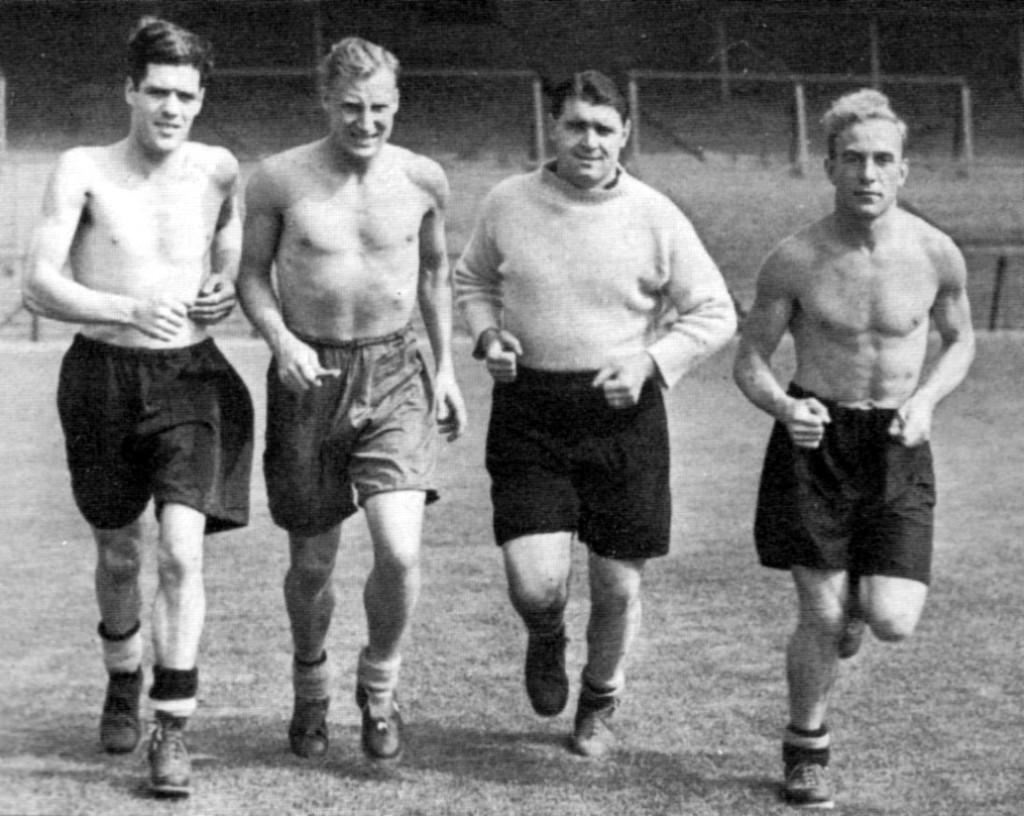 Angus McLean seems to be feeling the cold as he trains with (from left) Lol Kelly, Bert Williams and Billy Wright.

He grew up at Molineux with Billy Wright, Roy Pritchard and others – during the War years, no less – and made his League debut for the club in a 6-1 home victory over Arsenal that also marked the First Division introductions of Bert Williams, Johnny Hancocks, hat-trick man Jesse Pye, Fred Ramscar and Billy himself.

McLean was around for the 1948-49 FA Cup triumph, although a knee injury ruled him out of the entire run, and he went on to play 158 times for the club in peacetime, witnessing the transition from near-miss challengers to winners along the road that would lead to League Championship glory after his departure.

As if that’s not enough, he even succeeded Brian Clough as manager of Hartlepools (yes, it was with the ‘s’ in those days), so what stories might he have heard there from the staff he inherited?

There are other interesting angles. Despite his very Scottish name and the fact his parents came from north of the border, he was actually born a proud Welshman – in Queensferry, near Flint, 89 years ago next week – and was selected as a reserve for the country against the Scots in Glasgow in 1947-48.

That was the season he lost his status as a virtual ever-present at Molineux. Having played 44 games out of 45 in the first full season of post-war football, he also then featured in the first 31 of the following term.

But the emergence of Terry Springthorpe, Pritchard and Lol Kelly made the winning of a place harder, not to mention the trouble he encountered with a cartilage injury.

At least his prospects were helped by the fact he was adaptable. Initially a wing-half, he switched to full-back – on either side – and occasionally stood in at half-back or even centre-forward, the position from which he scored the only goal of the game at home to Portsmouth in February, 1950.

It was one of his two appearances on the score sheet for Wolves, the other coming from the right-back slot in a 3-1 winat Preston in November, 1947.

He moved that summer to Aberystwyth Town as player-manager, having served the same club before embarking, via Hilton Main, on a wartime Wolves career of no fewer than 125 matches.

A stint as player-trainer of Bury followed, so did employment back in the playing ranks with Crewe, before he took over as Hartlepools manager in May, 1967, after Clough had walked out for Derby.

We can only guess what the players at Victoria Park might have told him about his predecessor’s ways, among them John McGovern. And life on Teesside was initially successful. 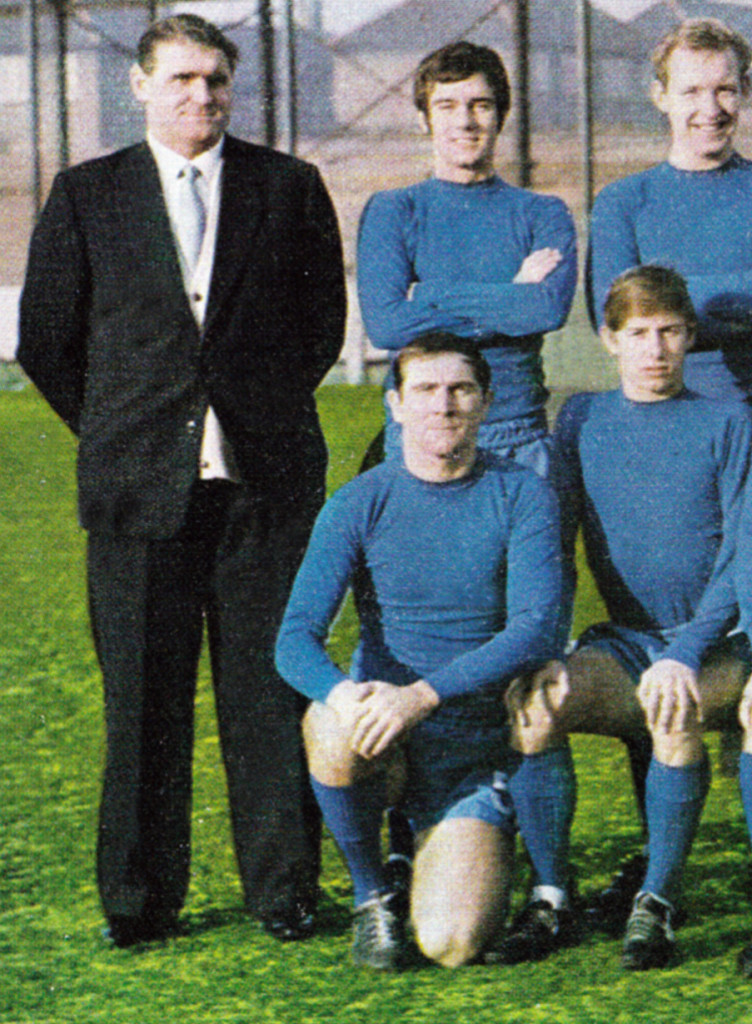 Proud boss! On the end of a Hartlepool team photo that also shows Cloughie ‘disciple’ John McGovern at the front on the right.

In 1967-68, McLean led Hartlepools to the first promotion in their history. Sadly, it was followed by immediate relegation and then a slump to a final placing of one off the bottom of the basement division, from where the club successfully applied for re-election.

The manager paid with his job and gravitated back to the Midlands, where he took over briefly at Bromsgrove – a club he had briefly played for in the early 1950s. Various scouting roles followed.

McLean is reported to have died in 1979.

* One other unusual fact in the story……his competitive peacetime Wolves debut came, as it did for Bert Williams, with a two-leg FA Cup tie against Lovells Athletic in 1945-46, the knockout competition having resumed a season ahead of the League programme.