Back On Course – And For A Great Cause

A Team ‘Score’ To Be Proud Of 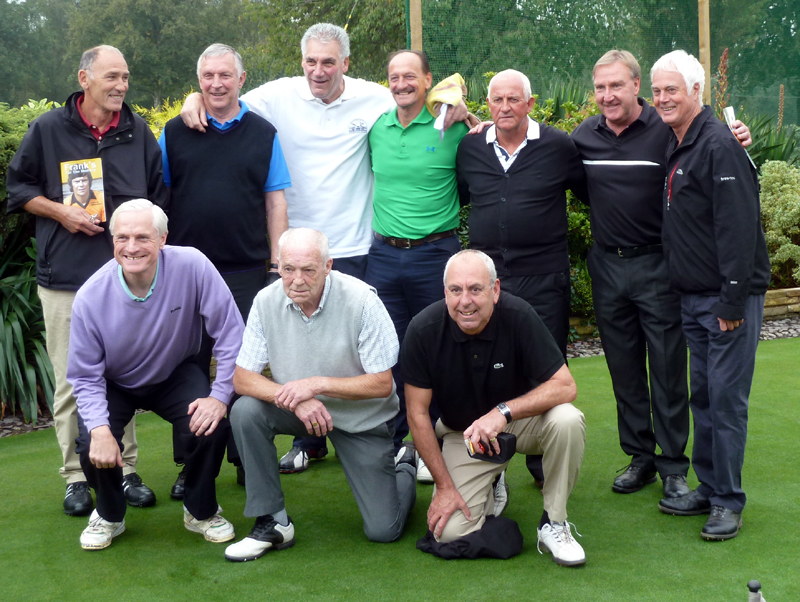 Steve Daley, as he so often is on these occasions, was at the mic.

“Gents,” he says, as bacon baps, coffee and even the odd pint are being consumed in the Oxley Park clubhouse, ‘welcome to the third staging of the Wolves Legends Golf Day. Mind you, looking round this room, I don’t see many *&%£*& legends!”

Daley is a master of his art, as illustrated by his three successes in the Football After Dinner Speaker of the Year award. This is familiar territory for him – and not just because it’s the course most favoured by Wolves footballers in decades past.

There’s time for one more quip from him before photographs are taken outside prior to a ‘shotgun’ 1pm tee-off. “Guys, for those of you who have never heard Duncan McKenzie speak, can I just say: You haven’t missed much.” (Expletive deleted). And, turning to his right, there’s feigned embarrassment as he adds: “Oh sorry, Duncan. I didn’t realise you were in the room. How are you, mate?”

The mood is relaxed despite what we agree is Wolverhampton’s gloomiest day of weather for several weeks.

Gerry Taylor is making the point that he’s tired even before the off, having not played much for months but now played three times in a week.

Barry Powell is bronzed after a trip to Tenerife and also played recently with Phil Parkes in Doncaster at a big charity golf day for footballers – an event at which one left a nine iron in the other’s bag and didn’t see it for a week or two.

Kenny Hibbitt never seems to have to wait long between golf tournaments and enquires why I didn’t make it to Stourbridge for one he was playing in this summer. He was delighted to be handed a referee-watch assignment at Wolves’ Championship game at Reading this coming weekend – but less delighted when he realised it was a Sunday fixture and would prevent him watching live coverage of the final day of the Ryder Cup.

John McAlle brought the news that Derek Parkin had failed a fitness test, having suffered blisters when playing, along with several former Wolves team-mates, in another event at Wrottersley Park, Perton, five days before Friday’s get-together.

Terry Wharton was telling people that he was due at Molineux for the game yesterday and forecasting a Wanderers victory. He did, of course, play with distinction for Bolton (the side his father mainly served) as well as Wolves. 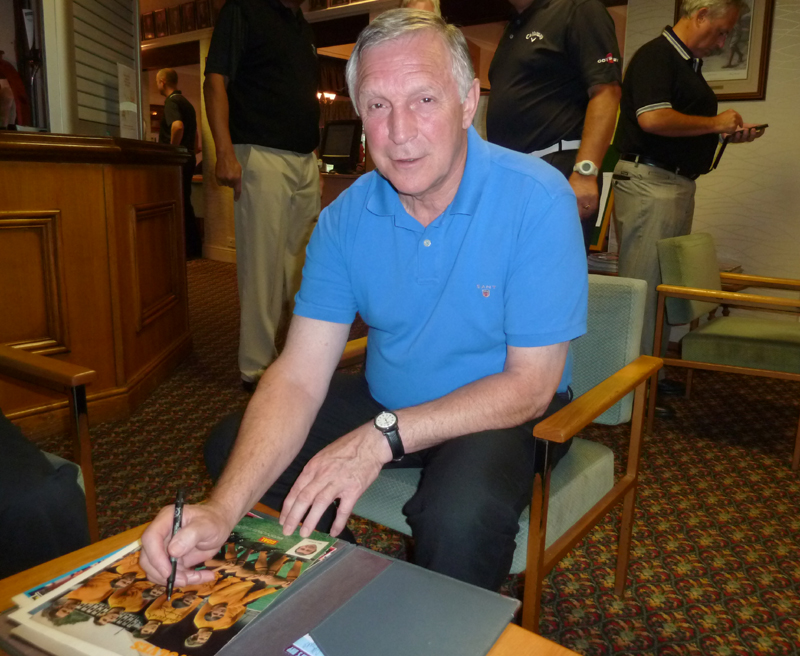 Gerry Taylor was at Wolves yesterday as well and no doubt Mel Eves would have been busy working. For someone who has never been that keen on golf, he is a loyal supporter of events like this.

As a past Oxley captain, Geoff Palmer was on his home track and performed more than respectably, as did the McAlle team.

Neither were among the prize winners from the 22 four-man teams but had an enormous consolation.

Namely that the whole day raised £5,500 for the three chosen charities – Compton Hospice, breast cancer care in memory of Phil Parkes’ late wife Maureen and the leukaemia research that is so close to the heart of Jody Craddock.

Now that is something to smile about.