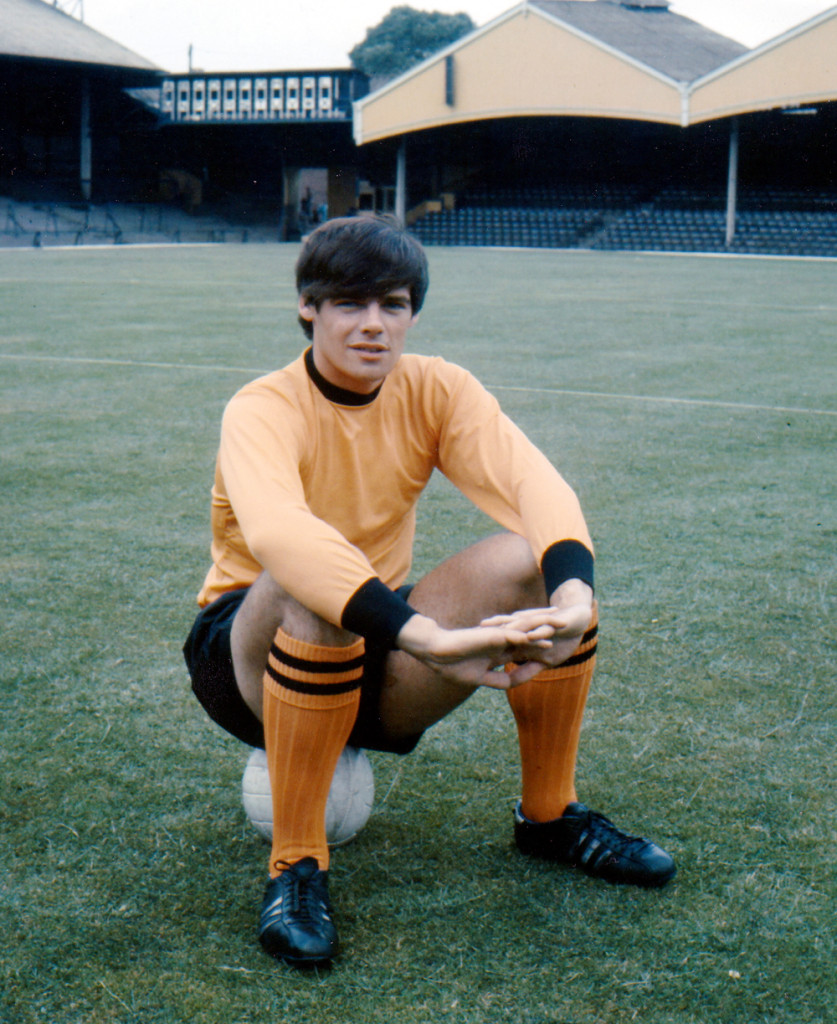 A 1,000-word article on Frank Munro highlights the considerable Wolves content in the latest issue of the outstanding football retro publication Backpass.

The magazine features the much missed former Molineux central defender both in its ‘regular’ pages and in its book review section, courtesy of the biography by Dave Wagstaffe that went on sale just over a month ago.

The main piece, suitably set on a gold background and featuring photos of the Scot with Ronnie Allen on the day he was transferred from Aberdeen and with John McAlle while challenging Lou Macari in a game against Manchester United, contains a sneak preview of some of the text from the £14.99 hard-back brought out by our sister company Thomas Publications.

It also skims across what are described as still being the club’s best years since the halycon Stan Cullis days by reminding us that Munro played in a UEFA Cup final team, in two losing domestic semi-finals and in a Texaco Cup-winning side as well as in the Bill McGarry line-up who memorably defeated Manchester City to lift the 1973-74 League Cup.

Issue 39 of Backpass also containers two substantial readers’ letters harking back to Norman Giller’s earlier assertion in the magazine that he believes three of the top 20 post-war goalkeepers had played for Wolves.

Bert Williams, Malcolm Finlayson and Bob Wilson were the trio named by the veteran journalist, who is a regular Backpass columnist, with Finlayson described by Coventry-based reader Bob Bannister as ‘a fine shot-stopper, giving great confidence to the array of international players in front of him.’

Elsewhere, there’s an insight into the Graham Taylor methods that sparked Watford’s spectacular and unlikely climb of the Football league more than 30 years ago.

Journalist Ivan Speck has interviewed the manager, himself a committed Backpass fan and regular contributor, and several players in trying to uncover the secrets of Elton John’s so-called Yellow Brick Road. There are also mentions for Bobby Downes, Steve Harrison and Hornets full-back Keith Pritchett, who we at Wolves Heroes traced several years ago for an article.

Delving a bit deeper into the magazine’s 64 pages, we found a mid-1950s England team picture with – shock horror! – no Billy Wright on it. But Bill McGarry was on there. 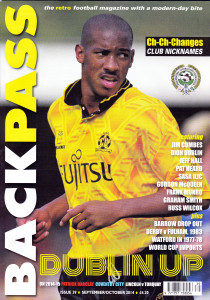 It’s not a Wolves cover but there’s lots of a gold and black tint inside!

Michael Gray’s penalty-kick agony in the shoot-out following the Charlton v Sunderland 1998 First Division play-off final also has an airing in the magazine, which retails at £4.20.

Please click on the icon on the right-hand side of this page to learn more, especially about subscription arrangements.