Hats Off To Multi-Capped Keeper

Gratitude To Gordon – And Some Fond Memories 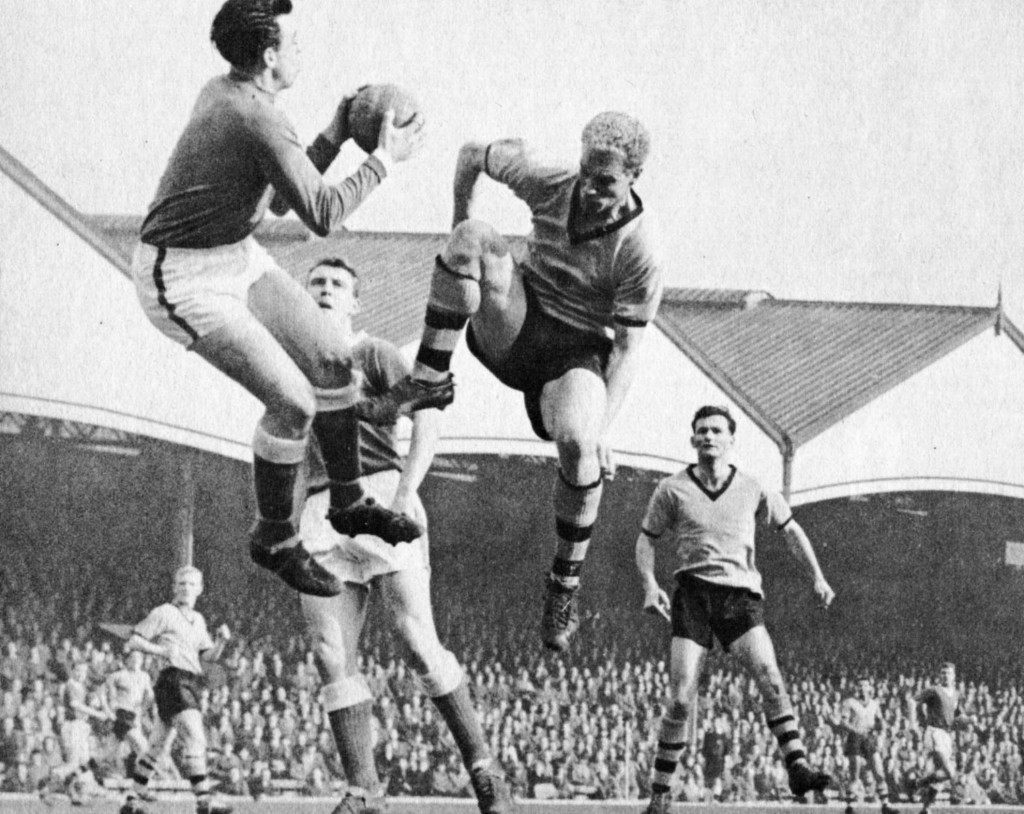 Gordon Banks collects safely at Molineux in March, 1962, despite being under pressure from Ron Flowers – a fellow England squad member in the victorious 1966 World Cup campaign.

Praise of Gordon Banks for his support of the late Bert Williams’ charity appeal has come our way in abundance since our post on Tuesday about the two heroic goalkeepers.

A number of fans remarked positively when we displayed the same story on Facebook in midweek, applauding the former Leicester and Stoke man for his unselfish gesture in memory of the Molineux great.

Now we have received emails from two of our staunchest supporters, both based across the Atlantic and both with their own memories of the England 1966 World Cup winner.

“How wonderful of Gordon to do the fund-raiser next week in Bert’s memory,” wrote California-based Charles Bamforth.

“Back on September 12, 2001, I was supposed to be introducing Gordon at a dinner in Oxford. Of course I never made it because my flight was cancelled on 9/11.

“My speech was read out instead by a former colleague of mine, who apparently delivered it in a ‘Stars in Their Eyes’ style and began: “Tonight, I am Charlie Bamforth”. I’m told he received more laughs reading my words than I would ever have got!

“The dinner was hosted by a former student of mine (Katherine Smart – now chief brewer of South African Breweries-Miller). She phoned me during the dinner and handed the phone to Gordon, so we could chat for quite some time.

“He also signed a caricature of himself, which hangs in my hallway at home with the words “To Charlie, Best wishes, Gordon Banks” on. Much later, I also obtained a signed yellow England jersey of his. He’s a great guy.”

Former Wolves utility man Les Wilson recalls Derek Dougan encouraging Ronnie Allen to try to buy his former Leicester team-mate for Wolves in the second half of the 1960s and treasures what he recalls as being the six Stoke-Wolves games in which he played against him.

As our regular readers will know, Les has been resident on Canada’s west coast since completing his playing career in England and saw a huge number of big names from this country pitch up in what he regards as very much his home city.

“Gordon came to Vancouver on three or four occasions when I was either with the Vancouver Whitecaps, working as the executive director of British Columbia Soccer or as the manager of Canada,” he said.

“He did a number of excellent coaching certification courses for BC Soccer in a brilliant location on Vancouver Island called Shawningan Lake. This would be in the late 1970s and mid-1980s. 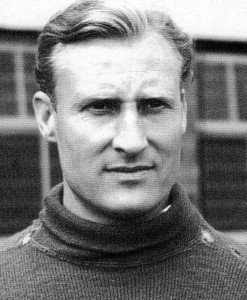 Bert Williams……a tireless money-raiser for Alzheimer’s resarch up to his death last winter.

“A number of us agree that he was without question one of the best goalkeepers ever seen in global football and Pele was spot on: Gordon made the greatest save ever in Mexico in 1970.

“What touched me most about him was his great modesty. He was a World Cup champion with England but he was a complete gentleman on and off the field of play; plus, he was an excellent goalkeeper coach.”

Please refer back to our https://www.wolvesheroes.com/2014/09/30/in-further-memory-of-bert/ story to see how Banks is further boosting Bert Williams’ Alzheimer’s Society appeal through what could be one of his final public appearances in the West Midlands.