The Promotion Race So Far – A Look In From The Outside

Our accent on this website is very much on Wolves nostalgia. By way of occasional variation, though, we agreed to one of our friends in the gambling industry posting a piece on here about the present-day Wolves.

Bruce West has run the rule over Kenny Jackett’s side in the opening weeks of the season and has this to say:

Do Wolves need to look at reinforcements in the loan market?

Finding the right level of form and consistency in the Championship is imperative for Wolves if they hold grand ambitions of returning to the Premier League. An excellent start to the season resulted in them soaring right up among the teams at the top – a place not many outside of Molineux would have expected to see them in. Confidence levels rose and a wonderful record of four consecutive home victories, coupled with conceding a mere three goals in eight League games, were instrumental in them creating a real sense of excitement that a return to the top flight could be possible. Jackett’s men certainly hit the ground running.

As the Championship often has a tendency to bite teams in the backside when they are flying high, those who ride out the bad periods and stick together are the ones who remain in contention for promotion. Wolves have currently hit the buffers, with their previous defensive solidity giving way to considerable uncertainty, which Jackett is no doubt addressing during the international break. Despite lying two points off top spot in eighth place, Wolves may look to the loan market for defensive reinforcements in an attempt to return to winning ways. Punters who check the latest Europa League odds with Coral may be tempted to avert their attentions and get good odds to back Wolves to rediscover their defensive qualities and mount a serious challenge for the Championship title.

A Blip Or Worse?

Conceding eight goals in three League games is an alarming statistic that presents Jackett and Wolves with their first real headache of 2014-15. While the team have continued to score goals regularly, shipping so many at the other end is certainly a cause for concern. The whole defensive line were fantastic in the opening weeks of the season but their performances against Reading, Huddersfield and Wigan will disappoint Jackett – and he will expect better. Apart from Conor Coady’s wonder strike for Huddersfield, the nature of the goals conceded belies a team who made themselves extremely difficult to break down in the first eight games. Wolves showed enough quality during this period to suggest their recent defensive struggles can be overcome but looking at options in the loan market could gather pace before the trip to Millwall next weekend. 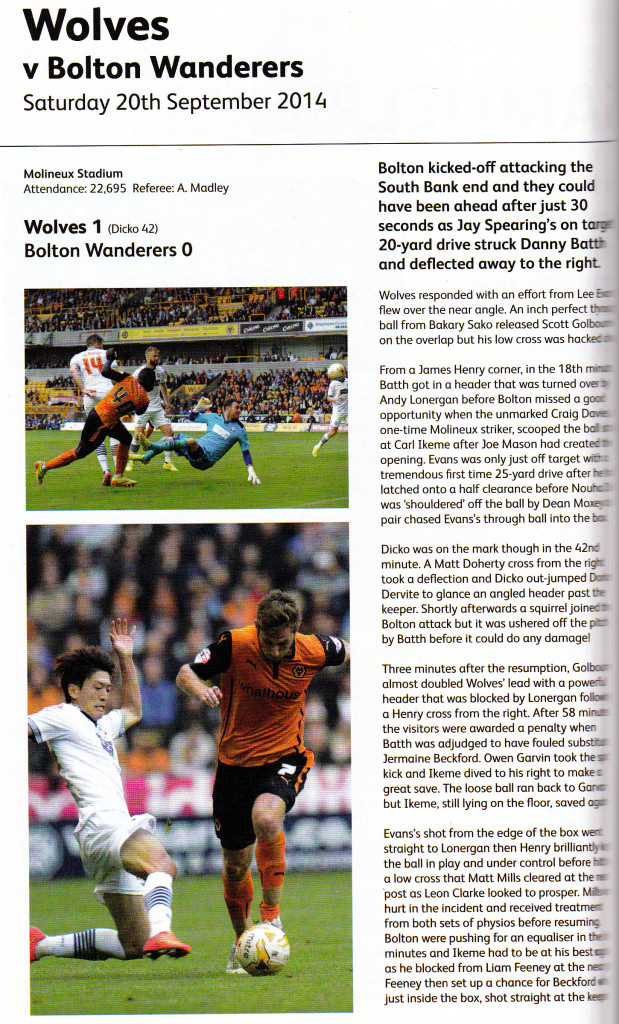 Although former Molineux favourite Stephen Fletcher was strongly linked with a loan move from Sunderland, it was always unlikely that Gus Poyet would let the striker leave. The manager’s decision was vindicated with Fletcher’s brace in their 3-1 victory against Stoke last weekend, by which time Yannick Sagbo had made a slow start to his loan spell at Molineux from Hull. Keeping in-form Bakary Sako may be Jackett’s primary task in January but the acquisition of Sagbo could still prove to be shrewd business. The deal for the 26-year-old Ivorian makes sense for both parties. Steve Bruce has challenged him to earn a place in his team by impressing elsewhere for a few weeks while Wolves could benefit from a player with an incentive to make an impact. While Sagbo was predominately signed for his considerable height and power as a forward, he could also be a strong presence when defending set-pieces – something that could coincide with Jackett’s effort to address the defensive concerns.