Malcom On His Millwall Return 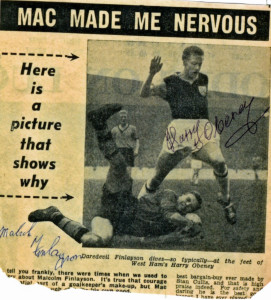 Characteristic bravery from Malcolm Finlayson at the Boleyn Ground.

Malcolm Finlayson has reflected on his own happy return to Millwall as Wolves prepare to resume their Championship programme at The New Den on Saturday.

In the shadow of the Scot’s heroic 203-game stay at Molineux, it is easy to overlook the fact that he had previously played considerably more matches than that – 229 in the League alone – for the Londoners.

And the Scot has told Wolves Heroes of the visit he made South of the Thames last season to attend a players’ reunion.

“They kindly invited me down to the Millwall v Leeds game which I think was the first time I have been asked there for that sort of occasion,” he asked.

“It is a long time since I played for them – well over 50 years. And with not living in the area or being among the guys I had as team-mates, you can easily find yourself forgetting names to put to the faces!

“But it was a lovely afternoon and one of my successors from there, a forward named Harry Obeney, took the trouble to hand me a copy of a photo of the two of us.

“It wasn’t at Millwall because he joined a few years after I left. But it showed me diving at his feet in a West Ham v Wolves game at Upton Park. I am a keen collector of old cuttings and photos from my career, so it was very welcome.”

Cold Blow Lane, the site of the London club’s former home, had a reputation among visiting players for being intimidating and unforgiving.

The 84-year-old reveals, though, that even some home players had their problems with the more vociferous element on the terraces.

And he smiles about how one of the more hostile games in his career was a supposed friendly.

“I was lucky because I got off to a good start down there at Millwall and was always well accepted by the crowd,” he adds.

“But I know lads who had a difficult time for one reason or another and then found it hard to win the fans over. They were a passionate crowd but a tough lot if you didn’t please them.

“It reminds me of the time Wolves went to play a game in 1959 to mark the switching-on of Celtic’s floodlights. I had been with them as a youngster and their manager Jim McGrory kindly met us off the plane at Glasgow Airport to welcome us. 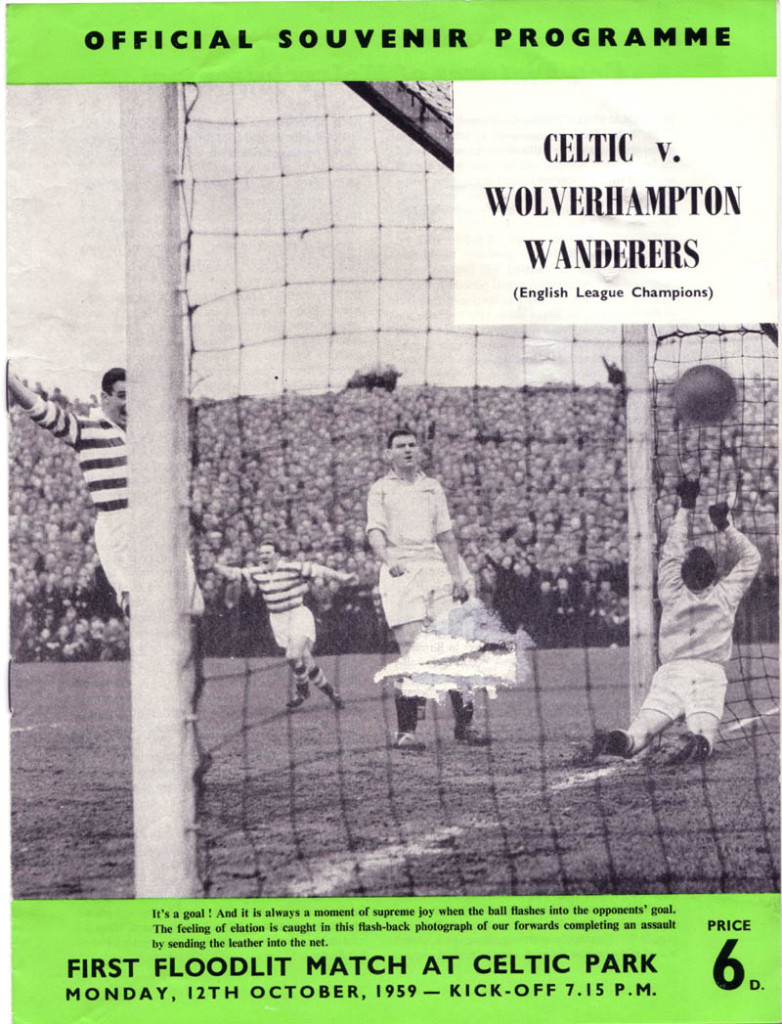 A keepsake from a game one of Wolves’ greatest keepers will never forget.

“Because Celtic were playing in green, Joe Gardiner told me I had a choice of other jerseys I could wear, so there wasn’t a clash. I opted for blue, not thinking at the time that their arch enemies Rangers wore that colour.

“I had a lot of abuse that night and was pleased to keep a clean sheet in our 2-0 victory!”

One of the Millwall games Finlayson remembers most was the extraordinary 6-5 victory at Walsall in 1948, when he returned in the second half from having hospital treatment and had to climb over a wall to get back into Fellows Park and take over again between the posts.