Nobby’s Slant On The Early Bully

‘Chairman Didn’t Want Him At Albion’ 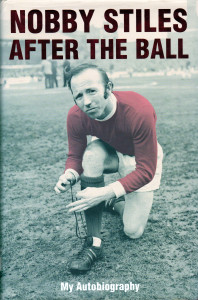 A book with some interesting thoughts on Steve Bull……

Albion’s indifference to the extraordinary goal-scoring potential of Steve Bull has been attributed to their boardroom and not just to the manager who sold him to Wolves.

Ron Saunders became a figure of fun among the Molineux public for sending both the record-breaking striker and Andy Thompson across the Black Country in a cut-price deal 28 years ago next month.

But the autobiography of World Cup winner Nobby Stiles, a Hawthorns man Bully had plenty of time for, reveals late chairman Sid Lucas to have been culpable in a deal that haunted Baggies supporters for years before their own club’s return to health.

I picked up a copy of ‘After The Ball’ in a Wolverhampton charity shop yesterday and, as usual, quickly checked the index at the back for Wolves mentions.

Spotting a couple of references to Bully, I was fascinated to read Stiles saying: “My greatest success was in bringing in the big, raw-boned striker Steve Bull. John (Giles) had signed him on my recommendation. When the signing was proposed, the chairman Sid Lucas said: ‘We’re signing him but I don’t know why we’re doing it.’

“I said he would regret it if he didn’t take the boy and the big lad gloriously confirmed my judgement.

“At one stage, Steve’s progress levelled off but I discovered he was also playing Sunday League football. He was running himself into the ground on Saturday afternoon and then turning out for a pub team on Sunday morning.

“I told him he had to conserve his energy and think like a professional. Lucas was never convinced and sold him to Wolves with another of our signings, Andy Thompson.

“Steve became a huge favourite of the Molineux crowd as he hustled his way to 21 (sic) hat-tricks. He also played for England. If Lucas noticed the boy’s progress, he never mentioned it.”

As Bully’s stock shot through the roof with his successive lower-division goal hauls of 50 and more at the end of the 1980s, followed by a goal-scoring debut for England, Lucas’s successors as Albion chairman, Trevor Summers and Tony Hale, longed for the day Wolves cashed in on their star asset. No wonder. They stood to receive a third of the profit on the total of £64,000 Wolves paid for the phenomenon. 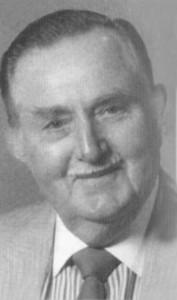 In his own ‘My Memories Of Wolves’ book in 2003, Bully wrote: “Nobby was a big help in my development because he insisted that I worked hard in training and learned discipline.

“He was also the man who gave me my first-team debut – after he had taken over as caretaker manager – in a Full Members Cup tie against Crystal Palace on October 23, 1985.”