Defender Next To Graduate In The ‘Area’ 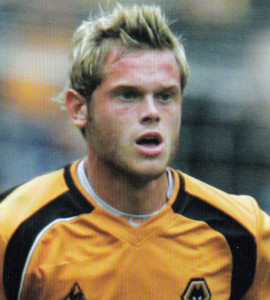 It may have been for only two or three minutes plus a period of stoppage time but Richard Stearman has played himself to the brink of a position of prominence on this website.

The versatile defender’s late substitute outing in Saturday’s victory at Leeds was his 200th in League and cups for Wolves, so we will very shortly be adding him to our Legends area – the one we initially drew up to show, in order, the top 75 appearance makers in the club’s history.

As we expected, that list has since grown and is continuing to do so thanks to the stalwarts of the present era.

Stearman, a Wolverhampton-born 27-year-old, might have reached the landmark some time ago but drifted out of favour in 2012-13 and spent most of the second half of that dismal relegation season reunited with Mick McCarthy on loan at Ipswich.

He bounced back by playing 44 times in Kenny Jackett’s first season at Molineux and has appeared in 14 games so far this time, although he is currently out of the starting line-up because of the emergence of Ethan Ebanks-Landell.

With 130 Leicester matches to his credit as well, Stearman has already packed a lot of football into his career but might be considered to still have his best years ahead of him.

As he sets his sights onwards and upwards, we are planning other imminent changes to the Legends area of our site.

Despite the high turnover of players in the modern game, one other Wolves man is fast approaching the 200-match milestone. 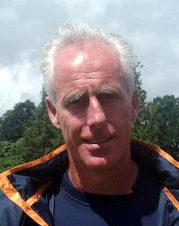 Mick McCarthy – the man who took Stearman to Molineux and then Ipswich.

David Edwards, who was sacrificed at half-time at Elland Road in favour of match-winner Leon Clarke, is currently on 195 appearances, with the club embarking this weekend on another three-games-in-eight-days rush.

If the midfielder remains in the team, he is due to play his 200th Wolves game in the clash at Brentford on November 29.

Next after Edwards in the countdown to the 200 club is keeper Carl Ikeme, who has 117 Wolves appearances behind him.