Hinton Helps Honour Midfielder Who Shone At Home And Away 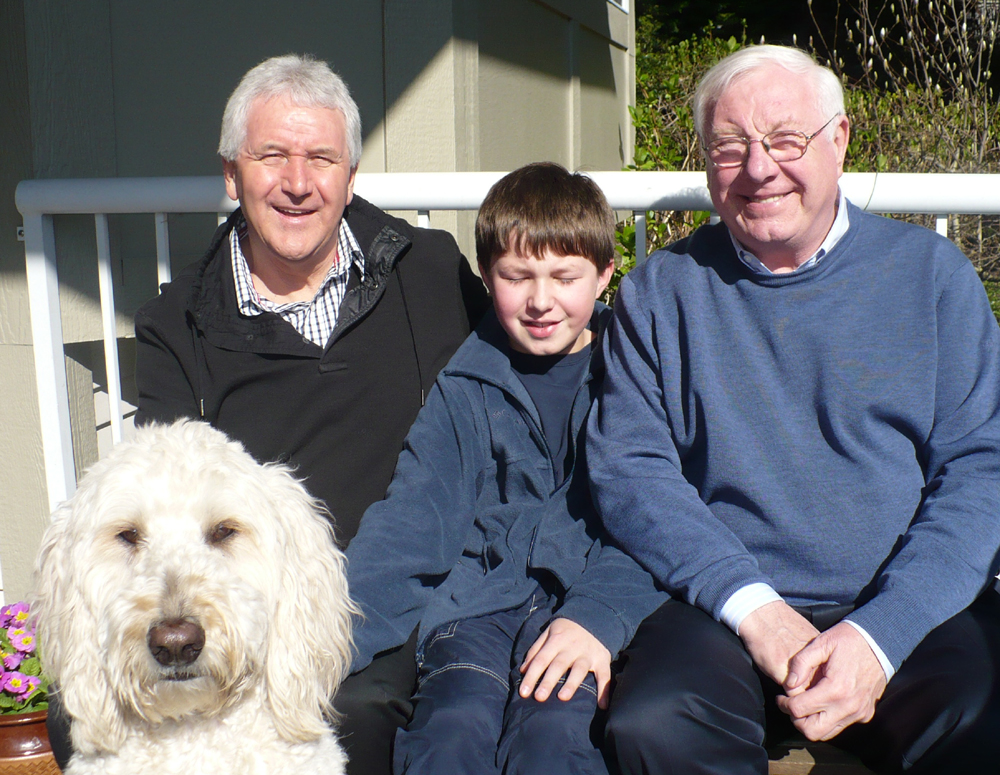 Alan Hinton (right) and his grandson Matteo at a get-together in recent years with Les Wilson and golden doodle Scholesy.

Les Wilson has praised his good friend Alan Hinton for welcoming Alan Hudson back to America’s West Coast and helping the stricken Chelsea star in his time of need.

The former England midfielder, who was revealed by us early last year to have once briefly been a target for Wolves, has recently paid a return visit to Seattle Sounders for the first time in 31 years.

The 63-year-old was hugely popular as he put down some firm roots in the Emerald City in his stint as a player there from 1979 to 1983, subsequently being named in their best all-time NASL XI.

But he suffered appalling injuries in an accident with a car on a London street 17 years ago and is said to have undergone 70 operations – a nightmare that made his journey to the States an emotional one.

“I am delighted Alan’s visit to Seattle went well and that the Sounders honoured him in such a deserving way,” Wilson said in an email to Hinton, who signed off at Molineux shortly before he signed on. “He has had a great deal of misfortune over the decades. Life is certainly not fair.

“You all did him very proud. It is respect of the highest order. You and I played against Alan on many occasions in England. He was without question some player and one that was virtually ignored by England. He should have played well over 30 internationals in a lot of former professional players’ opinion.

“This visit would not have happened without you at the helm. Once again, you have come up trumps.”

Wilson’s great admiration for Hudson is matched by that of Wednesbury-born Hinton, who played a big part in inviting the Londoner back to Seattle.

“He was a superior player, a superior athlete who played here for four seasons, educating everyone, young and old, on the finer points of the game,” Hinton said.

“His touch on the ball, his vision, his energy: It must have been a joy to play with him. I know it was easy to coach him because he didn’t give the ball away.

“He was ahead of the game in terms of his knowledge. Neither fans nor some players were used to a player playing all these triangles, give-and-goes and flicks.

“Most older fans will probably agree that Hudson was the most complete soccer talent ever to play for the Sounders. He helped grow the game here. It was an honour to see him play and it’s quite a compliment that people still talk about him to this day. No question, he has left a lifelong impression on all of us.”

Hinton won three England caps, the first of them while with Wolves, while Hudson is considered to have been short-changed by the fact he picked up only two – both in his first spell with Stoke after moving north from Chelsea. 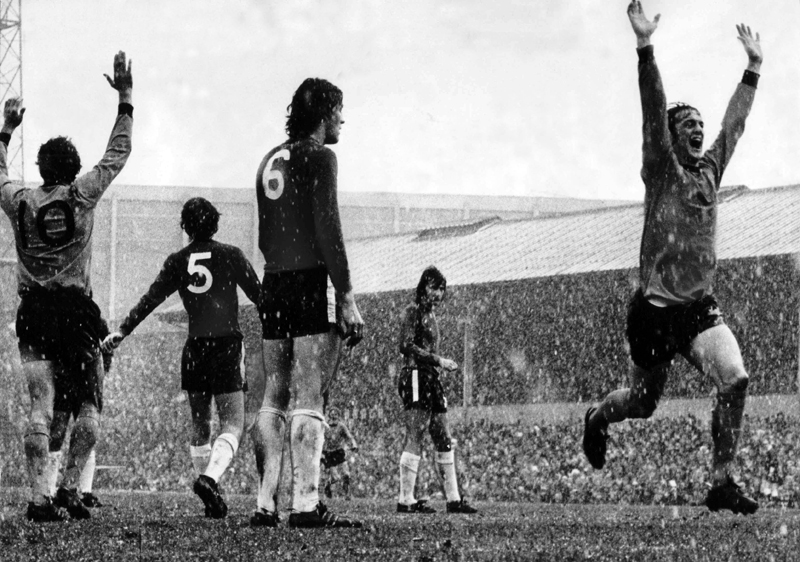 Alan Hudson peers gloomily through the snow as Wolves celebrate a Kenny Hibbitt goal against Chelsea at Molineux in February, 1971.

With the Sounders, he was responsible for 51 assists in 112 games and was highly enough regarded by Hinton, then the club’s chief coach, that he was named as his captain and then as his assistant.

Hudson’s stay ended abruptly in 1983, though, with new owners acting controversially by ushering him through the exit door after Hinton had been fired.

Wilson was in Toronto at the weekend for a Canadian Soccer Hall of Fame ceremony at which the country’s 2000 Gold Cup and Confederation double-winning team, who he managed, were inducted.