Eagerly-Awaited Follow-Up Has Much To Offer 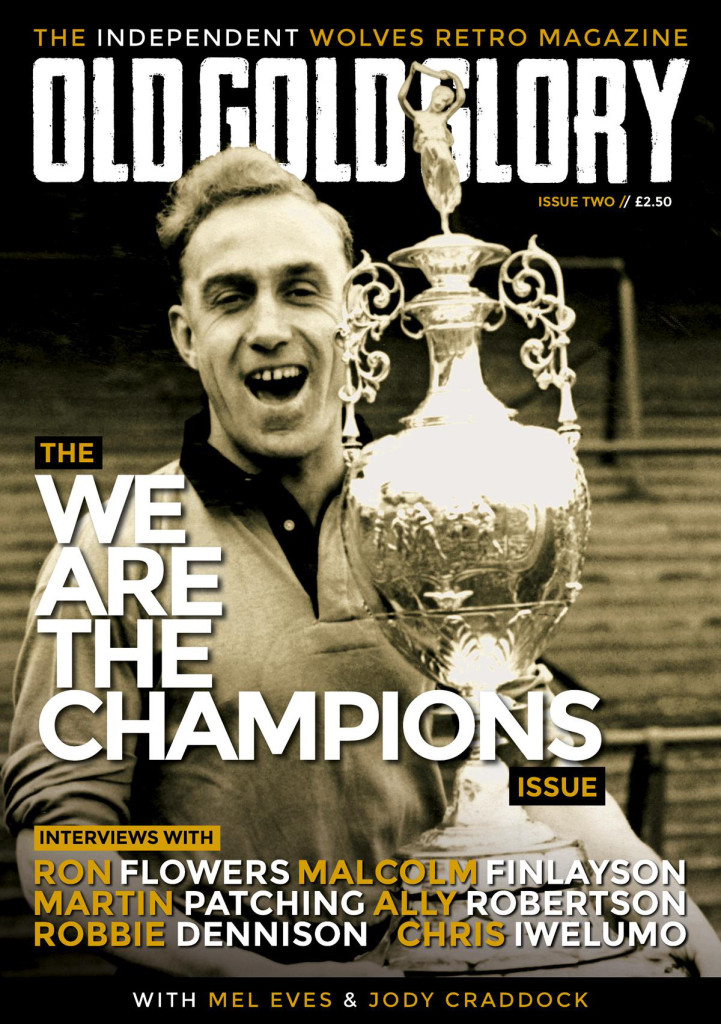 Issue two of Old Gold Glory goes on sale this weekend, with the accent on celebrating the fact that it’s now 60 years since Wolves won the League Championship for the first time.

Several of the club’s title triumphs are being celebrated in the retro magazine, which was successfully launched earlier this autumn.

“The feedback we have had to issue one has been overwhelming,” said editor Graham Large. “It is very humbling to know our work is appreciated.

“We’re proud to be hitting the streets with a second issue and trust there will be plenty of memories stirred in this one as well.

“It has been wonderful to interview such famous names from Wolves’ history and to gather some tales from them.

“Ron Flowers shares a story that gives us an insight into Stan Cullis the tactician. He tells how he once divided his tactics board into three sections and said: ‘That’s their third of the field – we’re going to score there, so get it in there as quickly as you can.’ Then he would point to our third and say: ‘We defend in this third, so get it out of there as quickly as you can.’ Finally, he would point to the middle third and say: ‘I’m not interested in that third.’ As simple as they were, I always thought his tactics were good – and he proved it by winning trophy after trophy.'”

Finlayson reveals why a crate of beer once arrived in the away dressing room at Nottingham Forest and, for all the goals Steve Bull delivered to the Molineux cause, Robertson opens up about why there is something he can never forgive the super striker about.

Robertson and Dennison played in the team who won lower-division titles in successive years in the late 1980s while Patching was part of the side who won the Second Division under Sammy Chung in 1976-77. 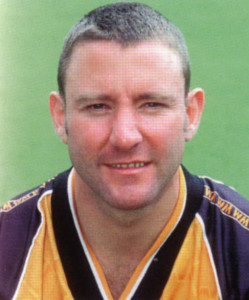 Robbie Dennison pictured towards the end of his long Wolves career.

Some three decades later, Iwelumo’s goals were a major reason why Mick McCarthy’s ran away with the Championship title – an era Craddock is also highly familiar with.

Old Gold Glory went to print this week and will be available from this Saturday’s Championship home game against Nottingham Forest in both its print and digital formats.

It is on sale at Wolverhampton Books and Collectibles in Victoria Street in Wolverhampton city centre or through www.oldgoldglory.co.uk  – the site to go to in order to discuss subscription facilities. Would-be contributors should email graham@oldgoldglory.co.uk – that is also the address for those keen to help sell the publication.