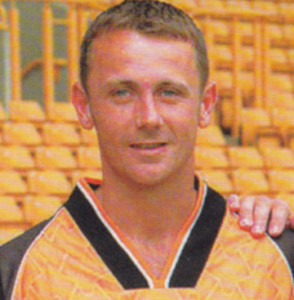 Tuesday, October 21: Called in at Malcolm Finlayson’s workplace on the way to Wolves v Middlesbrough and was delighted to hear and see what a keen supporter he still is. As well as having a couple of season tickets, he has a bookcase full of literature about Wolves and other clubs, including three copies of an autobiography of Sunderland legend Charlie Hurley, who is a former Millwall team-mate of his.

Wednesday, October 22: Heard from a friend in America that Jamie O’Hara is a possible target for Chicago Fire, where he has been due to spend a few days on trial.

Monday, October 27: Did the first of two relief days this week in Wolves’ media office and enjoyed listening to Kenny Jackett speaking of how some fans had been given a lift back on the team coach from Saturday’s victory at Leeds. It reminded me of when Mark McGhee, on hearing that some Coventry-based Wolves fans were stranded following a 1-0 win at Manchester City’s Maine Road in 1997-98, asked if I could drive them back to Stafford railway station, from where he facilitated their onward journey by giving them £50 for their rail fares.

Friday, October 31: This has been a time for renewing friendships with Scandinavian-based supporters. I recently met Per Magnar Meyer on the day of the Huddersfield game at Molineux and then, before the Middlesbrough game, linked up with Stig Varganes to hand him his purchased copy of Frank’s For The Memory. Tonight, it was the Viking Wolves dinner in the Hayward Suite, where Graham Turner gave a relaxed and interesting performance as main guest and subject of a question-and-answer session.

Saturday, November 1: A busy day for bumping into former Wolves players……had a word with Mike Bailey near the directors’ box right at the end of the game against Birmingham and met Mark Burke on the concourse a few minutes later. I then walked up to city centre with Andy Thompson, who had been performing his usual radio duties at the game.

Thursday, November 6: Have received a number of emails from lifelong Huddersfield supporter David North. He is not the first from those parts to contact us since we wrote at some length about the late John Oldfield, who played in goal for both clubs. David wrote: “I well remember John playing for us. He learned under the great Ray Wood (also of Manchester United), who was our first-team keeper, ​and took over in about 1964. Town were one of the top teams then in Division Two but John left just before we won the Second Division championship in 1969. Many supporters thought he had a poor deal from Ian Greaves (our manager) when he brought Terry Poole and David Lawson in and sold John to Wolves. He was a very athletic player who could make the most stunning saves. His agility at Town was legendary. He gave a lot of pleasure to a lot of people. He died in Leeds in 2002 but there are still a few of us who remember John Oldfield with pride.”

Sunday, November 9: Called at John McAlle’s house to pick up a signed item and told him that his former team-mate Paul Walker had been asking about him….as well as about Hugh Curran, Jim McCalliog, Derek Parkin and several others. 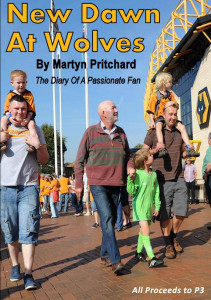 Thursday, November 20: Enjoyed attending the launch of Martyn Pritchard’s self-published book, New Dawn At Wolves, at the Wolverhampton headquarters of the homeless charity P3. In an astonishing act of kindness, the lifelong Wolves fan, as well as paying all the own production costs, is giving all of the proceeds to P3. Imagine his joy during the formalities when Peter Knowles dropped in to say hello to a friend and insisted on buying one of the first copies. Interested parties should ring 07890-245299 or email martynpritchard@gmail.com and do so without delay as the print run is small.