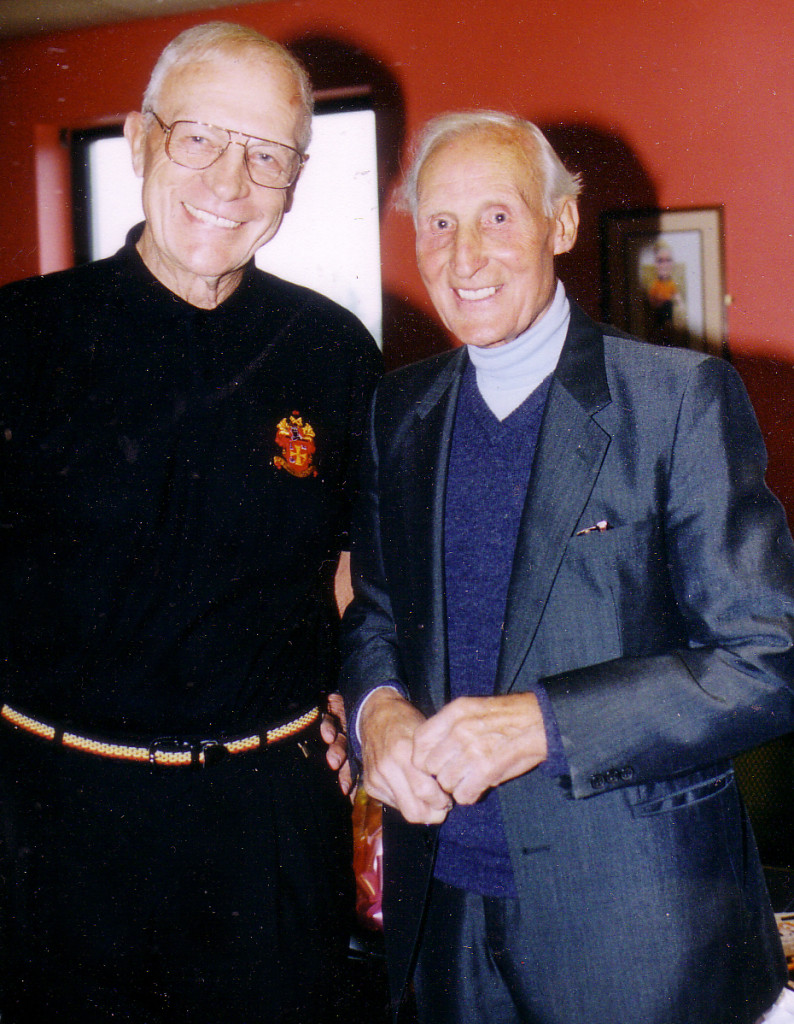 How blessed Wolves were…..

It seems strange to reflect that the only goalkeeper to win two League Championship medals with Wolves once doubted his right to become a first-team regular. It’s even more peculiar when you consider that his uncertainty was based on the events of a game in which the goals were flying past Bert Williams.

Malcolm Finlayson was still a new boy, albeit one in the second half of his 20s, when he watched the First Division game against Luton at Molineux on Wednesday, August 29, 1956.

No fewer than four times, the 46,781 crowd saw a crestfallen Williams retrieve the ball from his net. Happily, that was a duty that fell upon Luton keeper Bernard Streten on five occasions as Stan Cullis’s side emerged victorious following an up-and-down start to the season.

“It was the most exciting League game I have ever seen,” the Scot said. “Bert, The Cat, was outstanding. So was Bernard Streten. They made so many fabulous saves despite the 5-4 scoreline that I decided I could never match that. I nearly went back to Millwall and the Third Division South!”

Just as well Finlayson hung around. With the senior man coming towards the end of his playing days, an opportunity would soon be presenting itself. And what an opportunity!

Debut-day three weeks later was less than happy – a 2-1 home defeat against Leeds in which John Charles, showing his magnificence both as a centre-forward and a centre-half, outjumped him to score one of the visitors’ goals. Well, surely no-one thought that succeeding Williams would be easy.

First, his introduction came across a 12-game autumn stretch of games in which his concession of 20 goals was on the high side in a team approaching greatness. But he kept a clean sheet when he returned for an emphatic victory at home to Aston Villa on the final day of 1956-57 in what proved the last game before Williams called it a day.

Cullis had been busy telling his directors behind the scenes that the gloves were on safe hands with the new man and his judgement, as usual, proved spot-on. The curve from that point was sharply upward.

Wolves not only won the title in each of the next two seasons, with Finlayson playing 37 and 39 games respectively out of the regulation 42, but did so the first time by yielding fewer goals (47) than they had in any League programme since 1949-50.

Malcolm is said by some of those who saw him to have been the raw courage to Bert’s supreme agility. Cullis described him as the bravest keeper he had seen, that photo of him lying dazed on the Wembley turf, sleeves rolled up, while he is tended to by Joe Gardiner reminding us that there was much not to envy about a keeper’s lot in those shoulder-charging days.

When growing up in Alexandria, a town not far from Glasgow on the road north to Loch Lomond, Finlayson had worshipped Frank Swift – a man he had seen guesting for Hamilton Academicals during the war. Cullis was in his young sights, too, when he went, without permission, to watch an England win over Scotland in front of 150,000 at Hampden Park; a trip that earned him a good hiding on his return home.

No doubt he regaled Molineux’s finest manager with that tale when, as firm friends, they travelled to England matches at Wembley together in later years. 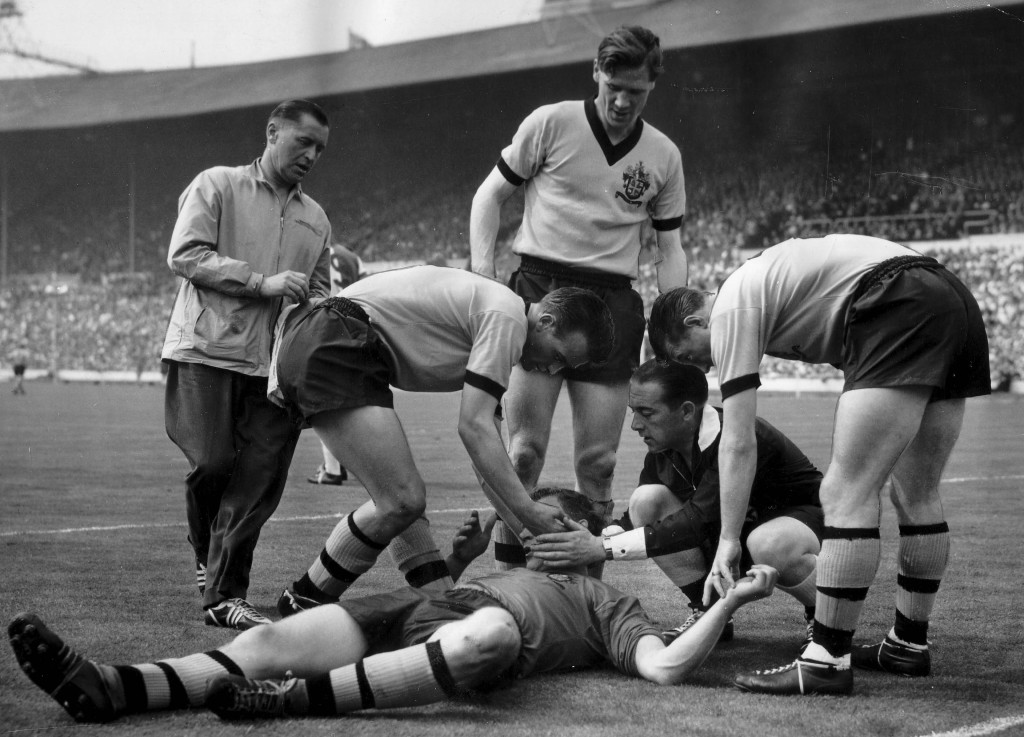 All in a day’s work….the bravest keeper Stan Cullis ever knew.

Very few players have bad-mouthed Cullis down the decades, even if many respected and admired him rather than actually liked him. Finlayson is one who had genuine affection; a state of mind built on the fact he was signed and then loyally backed by him. But it’s surprising to recall that he spent more of his career at Millwall than at Molineux.

Following a brief stint with Dumbarton and a trial at Celtic, it was at The Den that the keeper’s first major chance came. At only 17, he made his debut for them in a 1-1 Second Division home draw with Albion in February, 1948, and would amass well over 230 League appearances for them amid the disappointment of finishing bottom of Division Two in his first few months and twice coming in 22nd in the Third Division South.

He spoke fondly of his acceptance by supporters, many of them thirsty dockers, who didn’t welcome everyone as warmly. And there was an exception to the rule…..

“I recall one game when we were losing at home to Aldershot,” he said. “The tunnel was just to the side of the one goal, like it used to be at Blackpool, and it was obviously not too long after the Nuremberg Trials because one fan was sufficiently angered by our performance to yell as we walked off at half-time: ‘They have hung the wrong 11!'”

It was while with the Lions that Finlayson featured in a bizarre game at Walsall that presumably helped bring him on to Wolves’ radar. Having been taken to hospital with a bad facial injury, he returned with the game still in progress, only to find Fellows Park locked and for a climb over a fence to be necessary so he could retake his position. Millwall won 6-5.

He was back in the West Midlands for good from August, 1956. After briefly working in the shipyards as a teenager, he then showed in South London that he was prepared to get his hands sticky as well as dirty as he supplemented his football income of £20 in the season and £16 in the summer by working as a sales rep for Hartley’s the jam people, company car provided.

In the face of rival interest from Charlton, he appreciated the fact Cullis was happy to let him develop his business skills as long as the commitment didn’t intrude on his football time. He joined Wolves for £4,000 and subsequently enrolled on a course at Wolverhampton Polytechnic as well as undertaking some repping work in the steel stockholding world that became his long-term profession.

His football career, needless to say, soared. As if being a back-to-back League winner wasn’t enough, he helped Wolves win the 1959-60 FA Cup and mounted a staunch defence to critics who dubbed their 3-0 Wembley victory over Blackburn ‘the dustbin final’  – a reference not only to what they regarded as low-quality entertainment but also to the fact the losers’ fans unsportingly threw fruit peel and other items of rubbish on to the pitch to express their disapproval.

Finlayson pointed to the searing temperatures by way of mitigation and also to how Wolves, without playing particularly well, could have scored further goals. Lest we forget, they would also have become the 20th century’s first Double winners had Burnley not won at Manchester City a few days earlier and so condemned them to runners-up position.

As a bonus, Malcolm appeared in the European Cup and Cup Winners Cup and loved the home and away friendlies against Real Madrid – well, who wouldn’t? Like Bert, he carries to his grave a grievance that such games aren’t included in the players’ appearance records, pointing out that a match against Torquay or Hartlepool gets in but not a prestige floodlit encounter with Spain’s finest or the likes of Honved.

He lived at one time next door in Penn to Harry Hooper, who top-scored for Wolves in 1956-57. The two went on tour together to South Africa at the end of that season and the no-nonsense attitude that saw Cullis jettison the right-winger from his side quickly also revealed itself once to the goalkeeper. 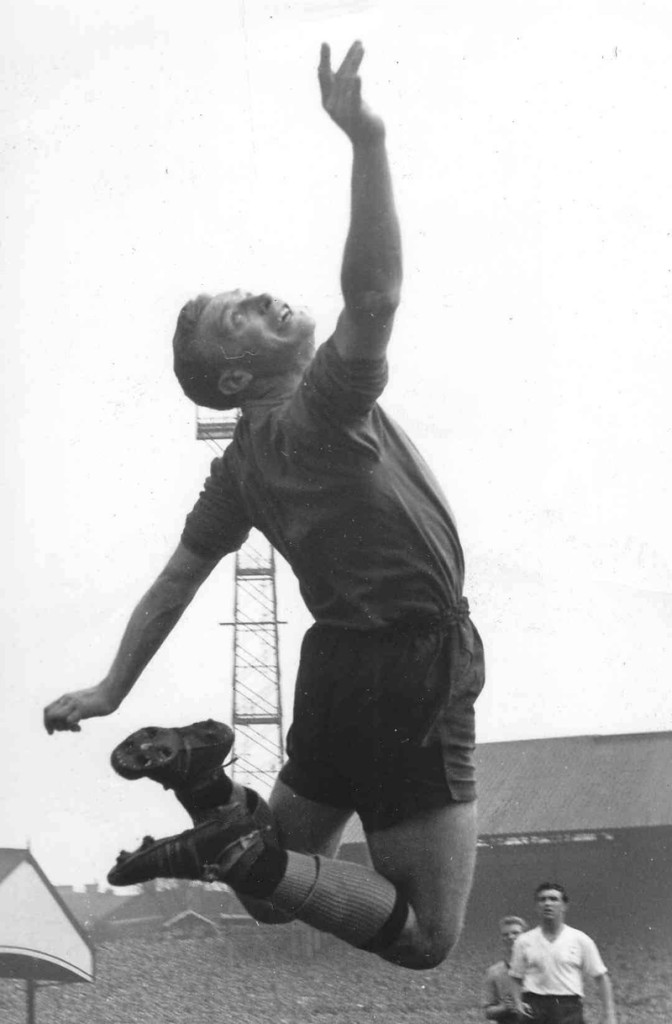 An acrobatic tip-over in front of an adoring North Bank.

He confessed to whistling in his contentment as he walked in at half-time in a game at Bolton, with his side well in command. He expected to hear a few plaudits but instead witnessed the manager lambasting certain team-mates for performing ‘like England players’ – in other words, taking unnecessary touches.

Sadly, international recognition eluded Finlayson. Scots based with English clubs weren’t selected in those days, although he went as close as most exiles and was led to believe he was to be named for one game against Wales.

He insisted he would not have left Wolves and gone back north of the border just to chase a cap and instead took his appearance tally past the 200 mark in the less successful early 1960s, his last two games, curiously, both coming in heavy defeats at Liverpool.

Having played at Anfield (in a 4-1 beating in the February) in his only outing of 1962-63, he returned there the following September in place of Liverpudlian Fred Davies for his only appearance of 1963-64. And it was this latter game, which was lost even more resoundingly, that underlined his enormous pride.

Unbeknown to me at the time, Malcolm dropped off in the Beatties book department en route for an appearance at the major signing session we organised to launch our Forever Wolves publication in 2002.

He had an unhurried, advance skim through the pages and was disappointed to read my reference to his career having ended ‘ingloriously’ with a 6-0 thrashing at Anfield.

On the next of half a dozen or more visits I made to his workplace in Kingswinford, he preceded our chat by reaching into his drawer and politely but firmly making the point that his Wolves swansong had been nothing like as forgettable as I had implied; at least not on a personal level.

He invited me to read the match report he had photo-copied – a piece that explained how he had not only performed heroics in keeping the score down as much as he did but even received a standing ovation from The Kop when he went off with a hand injury to be replaced in goal by Jimmy Murray. Who knows where self-respect spills over into ego but a man who lived his own life par excellence clearly didn’t want to see standards elsewhere slipping.

He was a natural for the roles of chairman and president he filled with the Wolves Former Players Association and always spoke up strongly for the inclusion of his contemporaries in the club’s Hall of Fame, on the grounds that their deeds were all accomplished in the top division.

Not surprisingly, he was as big a hit in business as he had been between the posts. Having bought a truck to go delivering steel after training towards the end of his playing days, he followed team-mates like Roy Swinbourne, Dennis Wilshaw, Bill Slater and Eddie Stuart into branching out successfully into other fields once mornings at Castlecroft were no longer on his schedule.

He owned properties on Tettenhall High Street as well as a holiday home in Scotland and, as a regular sun seeker, had been looking forward to a New Year trip to Antigua when we last met in October.

Finlayson was a Wolves shareholder for many years, a season ticket holder for a lot longer than that, a valuable guiding hand to Phil Parkes and Bob Wilson in the early 1960s and, in 1982, part of the unsuccessful Doug Ellis consortium at Molineux – a subject about which he was unwilling to talk when I interviewed him on camera for the Official History of Wolves dvd almost a decade ago. 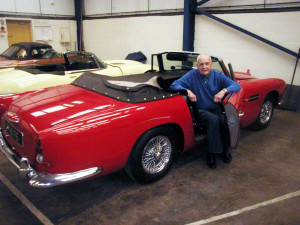 Which one shall I take for a spin today?

Oh….and who could forget the vintage cars he stored away in his factory? Having modestly kept his collection secret for many years, he opened up to Wolves Heroes in 2010 because he was looking to sell at auction – and mentioned that he just happened to have, among others, an Aston Martin, a Rolls Royce, a Ferrari, a Jaguar, a Mercedes, a Rover, a BMW and a couple of Saabs.

Not bad for a lad whose parents were not well enough off to keep him at school past the age of 14.