Another One For The Library

Soaking Up That Revivalist Spirit 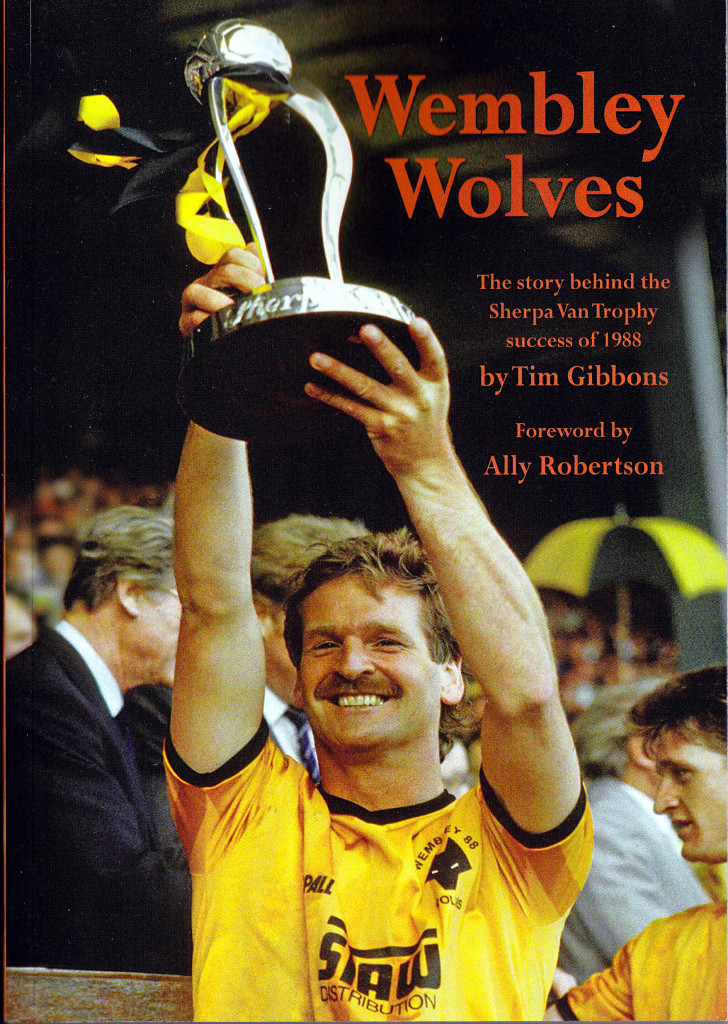 Happy memories from a quarter of a century ago……

Another fan-written Wolves book is hitting the shelves in time for Christmas.

For the first time, a dedicated, detailed look at the club’s 1987-88 Sherpa Van Trophy has been published.

Alistair Robertson’s name not only features on the front cover as the writer of the foreword……his smiling face is also on there after, as skipper, he received the silverware from Molineux legend Bill Slater and his Burnley counterpart Jimmy McIlroy.

First goalscorer Andy Mutch is also shown as he shakes hands with the two special guests and Wolves fans of a certain age will not be able to get enough of the memories contained in the 163 pages.

Lest we forget, the 80,000-plus crowd for the 2-0 Wembley victory over Burnley was considerably bigger than for home England matches around that time – not bad for two teams then playing their football in the Fourth Division!

Wolves had been crowned champions a few weeks earlier and the pride and delight they took from a very special day is very obvious from Wembley Wolves, which is supporter Tim Gibbons’ first book.

As well as a round-by-round appraisal of the victorious campaign, there are a host of photographs – mainly colour ones – woven into the text, which also contains recollections from the players and manager Graham Turner and his backroom staff.

What marks this publication out as a bit different, though, is the fans’ stories that are included alongside those of the squad.

Fans can purchase the £9.99 paperback from tomorrow (Saturday) at Wolverhampton Books & Collectables, 19 Victoria Street, Wolverhampton, or via pre-order from the www.sherpawolves.wix.com/1988 website, where debit cards, credit cards and Paypal are accepted.

The A5-sized book costs a further £2.50 in postage and packaging if being ordered from the website and requested by Royal Mail, making £12.49 in all.

The content brings the reader up to date by outlining where the players are now, complete with some photographs of them from the various reunions in recent years. 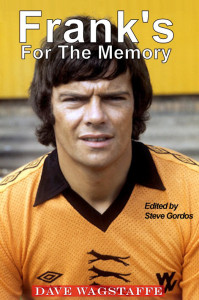 One player writing affectionately about a team-mate…..a unique concept in football literature?

Wembley Wolves is published by the producers of Clive Corbett’s two books about the club, Geoffrey Publications.

We at Wolves Heroes are always happy to support and promote the literary efforts of others and will have an announcement to make in the near future about Frank’s For The Memory – Dave Wagstaffe’s highly entertaining biography of Frank Munro that was brought out earlier this season by our sister company Thomas Publications.