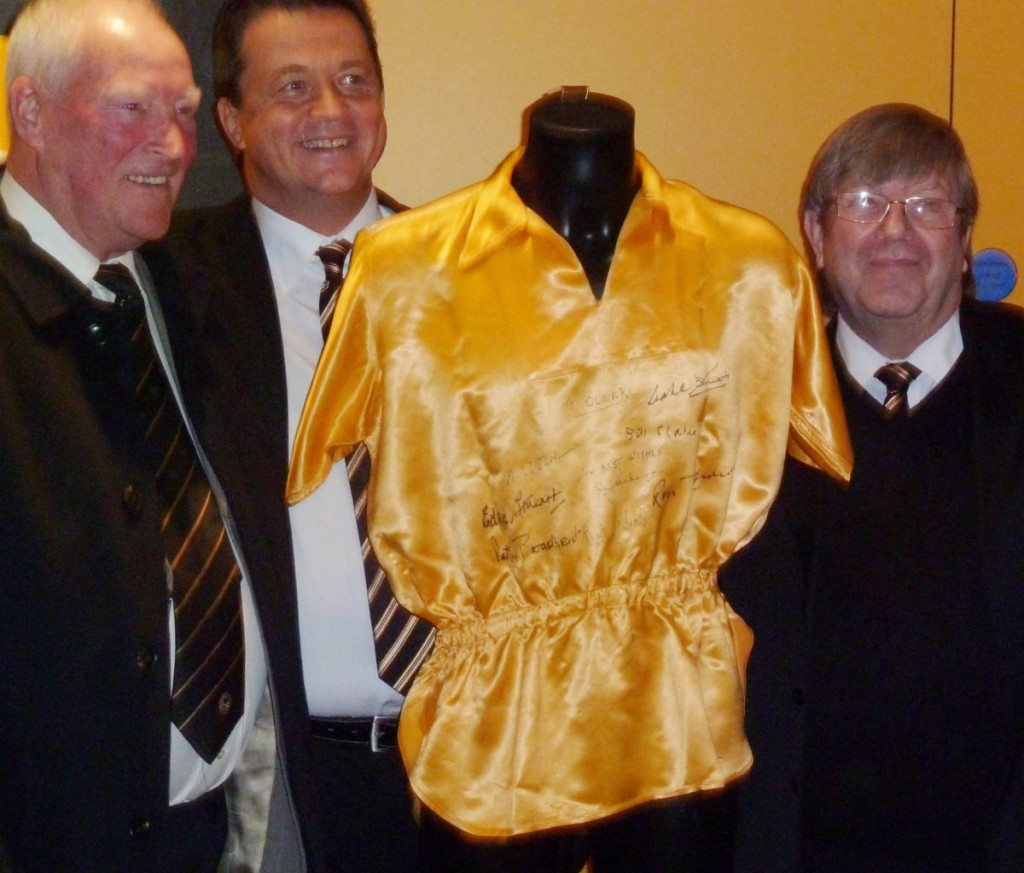 Molineux was awash with memories of one of European football’s most celebrated non-tournament games when the museum exhibition celebrating an important forthcoming anniversary was officially launched at the weekend.

It is 60 years on Saturday since Wolves famously beat Hungarian masters Honved and dignitaries from both sides of the friendly divide were present a couple of hours before kick-off at the Championship game against Bournemouth to toast another high-quality commemoration of the event.

The no 9 shirt worn by two-goal hero Roy Swinbourne, footage of the game and congratulatory telegrams are among the precious items on display until at least the end of February in the Molineux Museum – the outstanding two-year-old facility beneath the Stan Cullis Stand.

The Express & Star’s Simon Archer helped look after the centre-forward’s silk, fluorescent top at an anniversary celebration in 2004 and, despite now being employed elsewhere, retraced his tracks to secure the loan of the garment from the home of the same Black Country family who had won it long ago in a raffle.

Swinbourne, sadly too unwell these days for public appearances but represented at Saturday’s get-together by his wife Betty, scored Wolves’ second and third goals against Honved, although the BBC film reveals a near hysterical commentator giving the credit for the winner to Johnny Hancocks, the man who had halved the deficit with a penalty earlier in the second half.

His shirt was unveiled on Saturday by team-mate Ron Flowers and Gyorgy Balogh, a representative to the Hungarian Ambassador to Great Britain, who spoke to the gathering about ‘two great champions’, ‘the noble respect for each other’ and ‘the fight for victory,’ as well as the impact of Wolves and the match on global football at that time.

The film clips concluded with the big on-screen caption: ‘Hail, Wolves, Champions of the World, Now’ – an insight into the prestige of the fixture and the winning of it.

Stan Cullis’s son Andrew was present with his wife Liz and told Wolves Heroes of the deluge of telegrams that poured into Molineux following the 3-2 victory on the Monday night of December 13, 1954. Messages of congratulation from such diverse sources as British European Airways big-wig Bob Degg and the Marquis of Guernsey are part of the display, as is a supporter’s 1950s scrapbook packed with cuttings. Also on view are boots and a laced ball from the era.

The then First Division champions were to make a spirited and almost successful 1954-55 defence of their first League title but that effort has paled over the decades compared with a comeback 3-2 triumph in a so-called friendly heavily loaded with national pride after England’s embarrassing home and away capitulations against Hungary in the preceding months.

Honved, containing more than half of their country’s line-up, had beaten Albion 5-3 two months earlier in a prestige friendly in Brussels and looked unstoppable in a bewildering first half at Molineux.

We will be focusing further on what is arguably Wolves’ most famous ever game later this week. 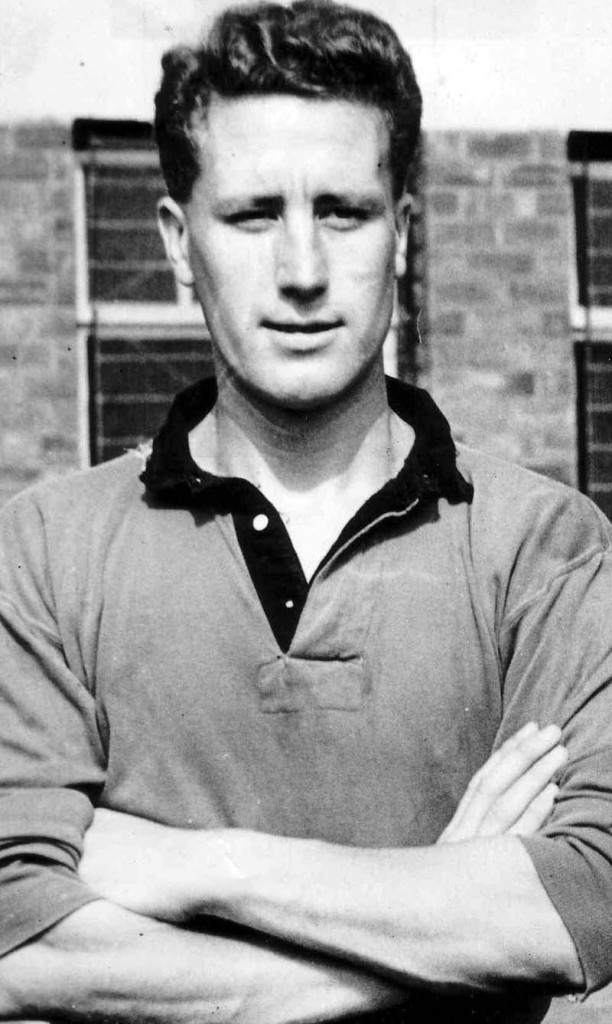