George Happy It Was All White On The Night

A Berry That Loved Changing Colours 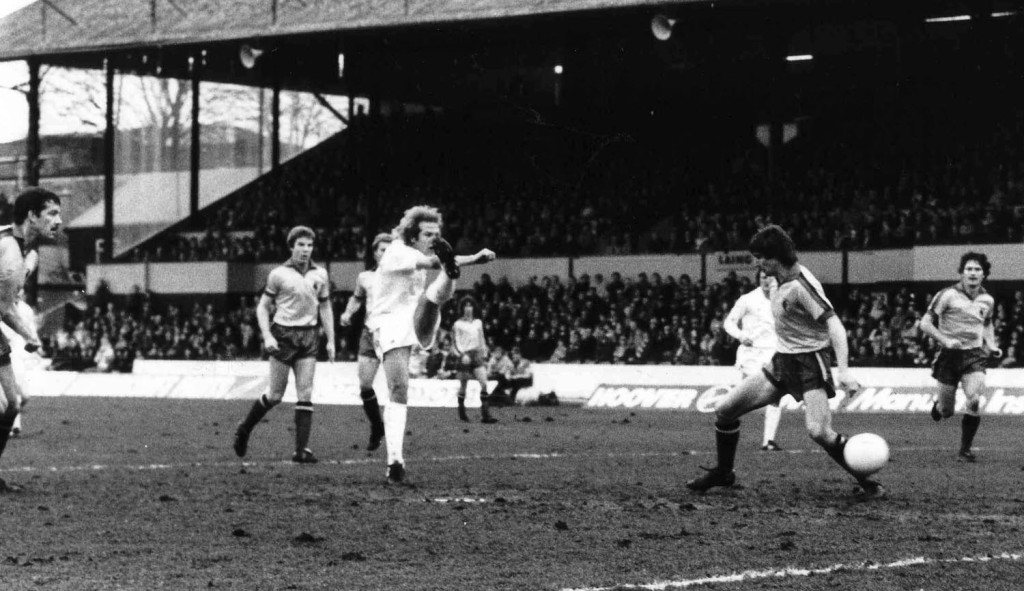 Watford midfielder Kenny Jackett (one in from the left) watches Andy Gray shoot in Wolves’ FA Cup draw at Vicarage Road in January, 1981.

George Berry could well relate to the sight of Wolves’ victorious players being applauded off in their saturated white shirts at Watford last night.

The former Molineux defender still regards that particular change kit as being lucky more than 30 years on from when he wore it in the memorable cup-fighting era of the late 1970s and early 1980s.

“Obviously the gold and black was always special and my days at Wolves were great but I loved that all white change strip,” Berry said.

“I remember us wearing it twice at Norwich in the season we won the League Cup the second time and we had good results there both times, one of them in the FA Cup and the other in the League.

“We also wore it if I remember right when we won well in an FA Cup quarter-final replay at Shrewsbury the year before.

“We didn’t have to change kit too often with having such distinctive first-choice colours but I liked it when we did and we seemed to get good results, which helped.”

In those games at Carrow Road in 1979-80, Wolves, with Berry present each time alongside Emlyn Hughes, won 3-2 in an FA Cup fourth-round replay and then triumphed 4-0 in the top flight three weeks later.

Berry scored in the Cup success, as he had in the victory at Notts County in round three. His total goal return from 160 Wolves appearances was six.

The trip to the Gay Meadow brought a 3-1 midweek victory with Molineux’s most famous-ever Afro seen this time alongside John McAlle in the centre of defence. 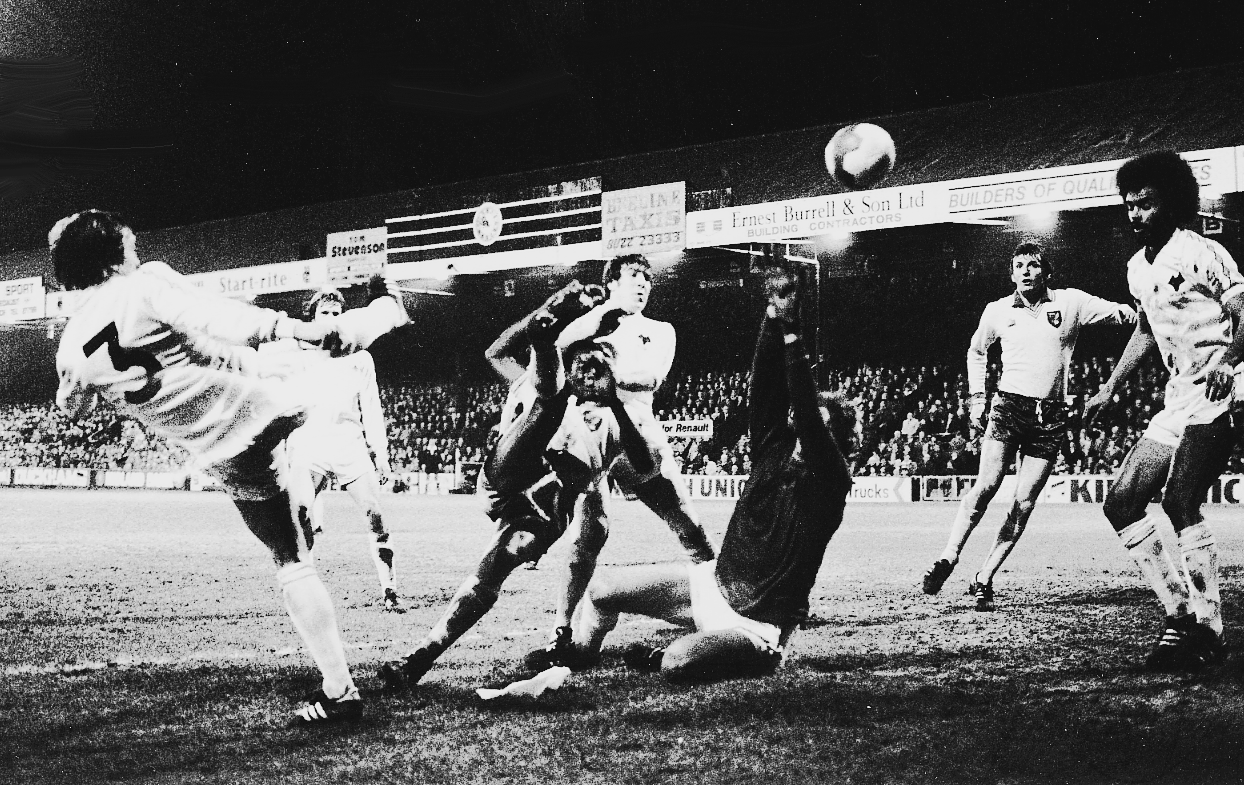 By coincidence, another notable day on which Wolves wore the all white strip was for an FA Cup fourth-round tie at Watford in 1980-81.

They drew 1-1 at Vicarage Road, won the replay against Graham Taylor’s side and would go on to reach the semi-final before losing 3-0 in a replay to a Tottenham side themselves clad in all white on that occasion.

Berry played in all nine games of that Cup run, with every tie going to a replay except for the fifth-round home win over Wrexham.