Where’s A Fast Luxury Car When You Need One?

Saturday, November 22: After Wolves’ indifferent recent run, I longed to see Steve Morgan overtaking me on the way to or from today’s home game against Nottingham Forest. On the two occasions he has done that earlier this season on the A41, it has been before or after good Wolves victories. Alas, I didn’t see him and Wolves were beaten for the third game in a row. The one consolation was seeing a lovely pre-match tribute to Eddie Stuart. 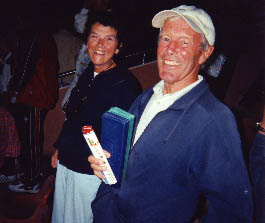 Tuesday, November 25: Have set about the task of once again tracking down Ian Hall – the former Wolves youngster who went on to have an excellent career in county cricket with Derbyshire. Charles Bamforth interviewed him at length for us approaching four years ago and now we have been asked to put him in touch with a childhood friend of his. Right, time for some detective work and/or an email to Charles in California…….

Thursday, November 29: Wow, this is a busy time for re-connecting old friends. We have now been asked if we can relocate David Wintersgill – briefly a first-team player at Molineux more than 30 years ago – on behalf of a former team-mate of his from Finnish football.

Monday, December 1: Exchanged some information at the request of Leyton Orient historian Neil Kaufman about Jack Ellis, who played 26 games as Wolves’ keeper in the early 1930s, including around half when the club were adapting back to life in the top flight. I learned that he had the misfortune to be in Bristol Rovers’ goal on Easter Monday, 1936, when they crashed 12-0 at Luton, Joe Payne scoring a League record ten times. Fortunately, he also won the Third Division (South) Cup with Rovers in 1935 but luck certainly did not accompany him in matches against Luton. Facing them in January, 1935, he broke his collar-bone and was ruled out of the prestigious FA Cup tie that month against Manchester United.

Saturday, December 6: Saw a varied array of former Wolves players at the game against Bournemouth today……not only Andy Thompson, as usual, in the press room, but Alistair Robertson in the corporate areas following a pre-match function launching a special additional feature on the 1954 Honved game in the Molineux Museum. Then I bumped into Ade Akinbiyi and Seyi Olofinjana on the Billy Wright Stand concourse at half-time.

Monday, December 8: Dropped by at the home of Derek Parkin on behalf of the producers of the excellent Wolves nostalgia magazine Old Gold Glory. My task was to drop off a complimentary copy of issue two for him and a second one which is to be passed to his good friend John McAlle.

Tuesday, December 23: Am waiting to see what transpires after recently receiving a request from a representative of one of the Sunday papers in helping them line up a chat with Bobby Gould following the juicy FA Cup pairing of AFC Wimbledon and Liverpool. It is, of course, a repeat, give or take a slight name change, of the sensational 1988 ‘Crazy Gang v Culture Club’ FA Cup final which proved the highlight of the former Wolves striker’s managerial career. Unfortunately, the situation is somewhat complicated. A ‘happy Xmas’ text I received from Bobby informs us that he is on holiday at his son Jonathan’s place in New Zealand. 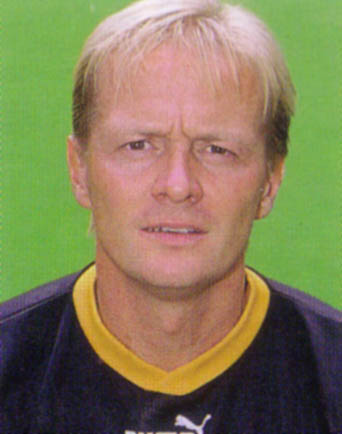 Keith Downing in his years as a Wolves coach.

Sunday, December 28: Witnessed an astonishing verbal attack by Albion fans on Keith Downing and Robert Kelly during their side’s 2-0 defeat at Stoke this afternoon. Their Wolves links were well to the fore in the vitriol and I fear Rob might be on borrowed time if and when Alan Irvine is sacked, if only because he will be seen as very much the head coach’s man. But, unless I’m very much mistaken, Keith has done a more than sound job there over five or six years years and been a steady pair of hands amid one or two managerial overhauls.