Living It Up Down Under 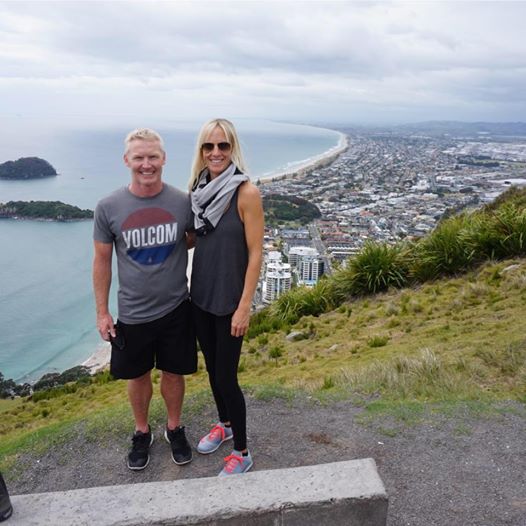 Paul Dougherty and girlfriend Angie sample the sort of scenery he wasn’t used to in Leamington Spa…..

Bobby Gould is not the only former Wolves man fortunate enough to have escaped some of the mid-season cold with a trip across the world.

The bustling forward, who had two prolific spells at Molineux in the 1970s, has been spending valuable family time in New Zealand with his son Jonathan – a coach Down Under for several years.

And his tracks have been followed in recent weeks by Paul Dougherty, the diminitive midfielder who played 47 games for the club in less happy times in the middle of the 1980s.

The Leamington-born player now lives in San Diego, his long-time residency in the United States meaning he has already seen parts of the world many of us will never be fortunate enough to visit.

“I went to the Cook Islands about four months ago and decided to go with my girlfriend Angie this time,” he said.

“We went to the Fijian islands and then flew on for two and a half hours to Auckland. She had to go back home ahead of me, so I then had eight nights down in the South Island.

“I did my first bungee jump and a few of the other white-knuckle activities they get up to in the Queenstown area. I decided it was time to give them a go before I am much older!

“I have been lucky enough to see a lot of America through playing and coaching over here and also played in Costa Rica as well as travelling to Brazil on holiday. I’m thinking of going to Brisbane for the Commonwealth Games and nearly always take in bits of Europe when I go back to the UK. As you’ve guessed, I do enjoy travelling.”

We have featured Dougherty on this site before but, ten years into his time as a coach since the end of his successful indoor career in the States, there are updates.

He didn’t stay in close enough contact with his Molineux colleague Ricky Herbert as to look up the long-time former Kiwi manager on his recent adventure but he is still in touch with Irish-based Derek Ryan, another of his team-mates in Wolverhampton.

And he has a close football connection Down Under – his brother Norman, who also tried his luck at Wolves without ever making it past the reserves.

“He went on to play for Crewe and then went to clubs in New Zealand and Australia as a semi-professional,” added Paul, who was born a few weeks before England’s World Cup triumph and now coaches a side in the women’s premier league in the States. “He has settled in Brisbane while I have stayed in San Diego.

“I guess I have had so many clubs that it is difficult to keep in anything like close contact with people I knew at Wolves. I played with a lot of different guys over here. 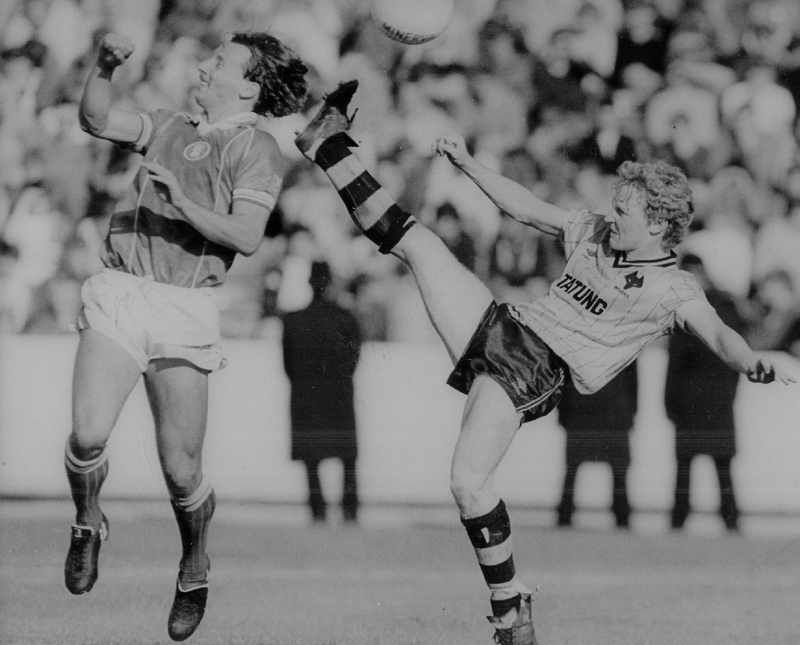 ‘Peewee’ in high-kicking action against Birmingham in the Tatung era.

“But I have happy memories of my time at Molineux. They were my first professional club and I am grateful for the chance and the start they gave me.

“One of my frustrations in New Zealand was that not only did I not get to see a match, as I had hoped, but I could hardly even find any football on the TV.

“It was all rugby and cricket. I caught some Premier League highlights one night and that was about it.”