Turning The Pages Of Time

A New Look At Bob’s Background

Bob McNab in action for Arsenal against Wolves.

A musty book of a 1960s vintage has helped to fill in more of the gaps in the career of Bob McNab.

The American-based Highbury legend was interviewed at length by our good friend Charles Bamforth in September, 2011, with the main emphasis understandably on his unhappy time at Wolves in 1975-76.

But we can now offer a few more snippets from the full-back’s pre-Wolves time after getting our hands on a 1969 copy of The Arsenal Football Book, edited by Reg Hayter.

McNab, it seems, had eyes only for this Saturday’s Molineux visitors as a youngster, although he was brought up in the suburb of Dalton, only a mile from Huddersfield’s old Leeds Road ground.

He was spotted by a West Yorkshire postmaster called Jack Jackson and recommended to Blackpool at a time when his talents were mainly on show as an inside-left.

He joined the Seasiders as an amateur and recalls: “Stanley Matthews was my great hero as a boy, so my ambition was naturally linked with Blackpool.

“I spent 12 months at Bloomfield Road but my prospects never looked good. The only bonus was the professional training, which gave me an easy ride when I returned to junior football with Mold Green back in Huddersfield.”

Charles’ article three and a half years ago revealed how NcNab had been coerced by his father into becoming qualified outside the game as well as an apprentice carpenter.

And those skills came to the fore after his time as a Huddersfield full-back somewhere in between England World Cup winner Ray Wilson and Wolves record appearance holder Derek Parkin had been followed by a £50,000 move to Arsenal – a record fee for a full-back then.

McNab’s DIY skills were duly noted around the marble halls, where vice-captain Terry Neill is reported to have said: “Bob is always available for any household repair job. We only need to give him a call and along he comes with a bag of tools. His charges are reasonable, too…..a cup of tea and a couple of biscuits.” 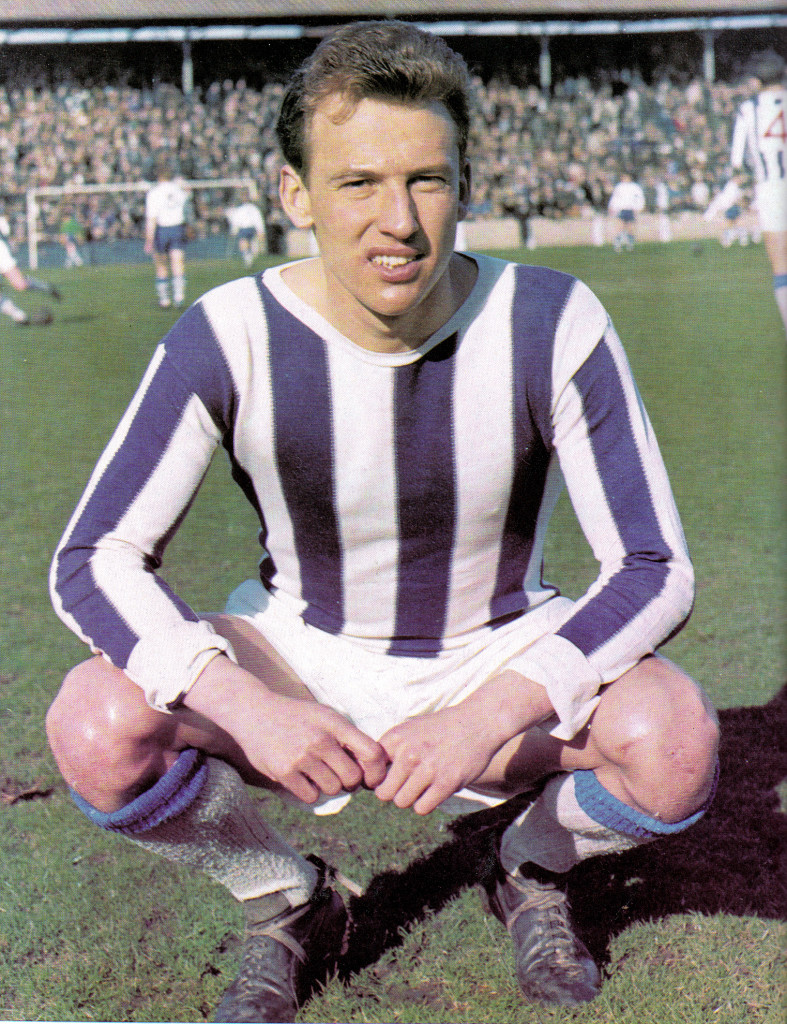 The young ‘Nabbers’ in his Huddersfield days.

The book (cost 20 shillings) reveals that the player missed 12 months of football with cartilage trouble soon after breaking into Huddersfield’s first team and underlines his respect for Ian Greaves – later to manage at Wolves.

He was introduced to Alf Ramsey by Bertie Mee on the very day he joined Arsenal and the first two of his four England appearances came away and then at home to Rumania.

Please click on https://www.wolvesheroes.com/2011/09/17/mcnabs-molineux-frustration/ to see our main post about a man who also became well known to another big supporter of Wolves Heroes, Les Wilson.

McNab played 16 times in an injury-blighted spell at Molineux.