When Wolves Were Comeback Kings

A Weekend Guaranteed To Stir Some Molineux Memories 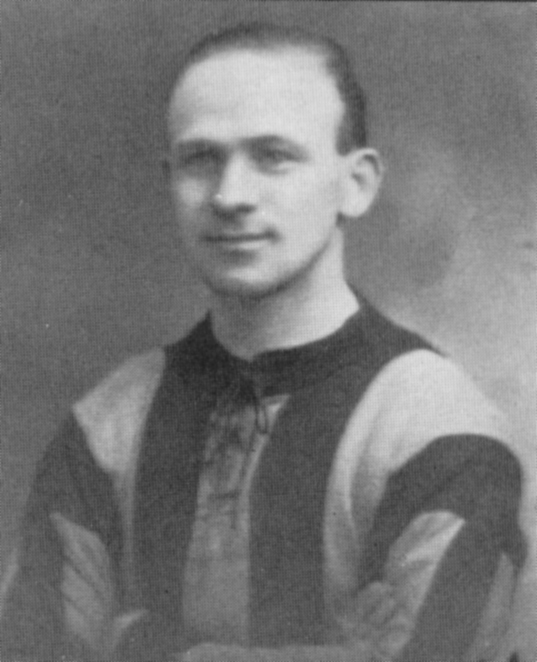 Sammy Brooks….scored two of Wolves’ ten goals in their FA Cup rout of Watford in January, 1912.

With the magic of turnarounds in the air, how about these two for starters – both of them concerning Watford, who effected a stunning reversal of fortunes of their own yesterday by hitting back from two down at half-time to slaughter Blackpool 7-2 in the Championship?

Exactly 103 years ago yesterday, Wolves hammered the Hornets 10-0 in a first-round FA Cup tie at Molineux – and that, crazily, after the sides had drawn 0-0 in the original meeting of the sides 11 days earlier.

Less spectacularly, in this month in 1992-93, Graham Turner’s men won 4-1 in the third round of the Cup at Vicarage Road and then went back there a week later on League duty and were beaten 3-1.

On more of a coincidental theme than a fightback one, Wolves, by now under Mick McCarthy, also won 4-1 at Watford seven years ago tomorrow – in a fourth-round clash.

Two more that come to mind, though, concern the 1994-95 FA Cup campaign, in which Graham Taylor took his team into the last five, courtesy of earning a quarter-final replay with a draw at a Crystal Palace side then a division higher and in the top flight.

In their first game in that season’s competition, Wolves had to hit back from two down away to Fourth Division Mansfield to win 3-2 – an afternoon that coach Steve Harrison amusingly reminded us of in an interview on this site last season.

And the following round’s skirmish with Sheffield Wednesday climaxed with a Molineux penalty shoot-out which the underdogs unforgettably won from 3-0 down.

In 1987-88, Wolves, understandably nervous following their humbling by Chorley the previous year, progressed through two successive rounds despite conceding first. They went behind in round one at home to non-League Cheltenham but recovered to win 5-1, then, at the next stage, they trailed at Wigan before winning 3-1. 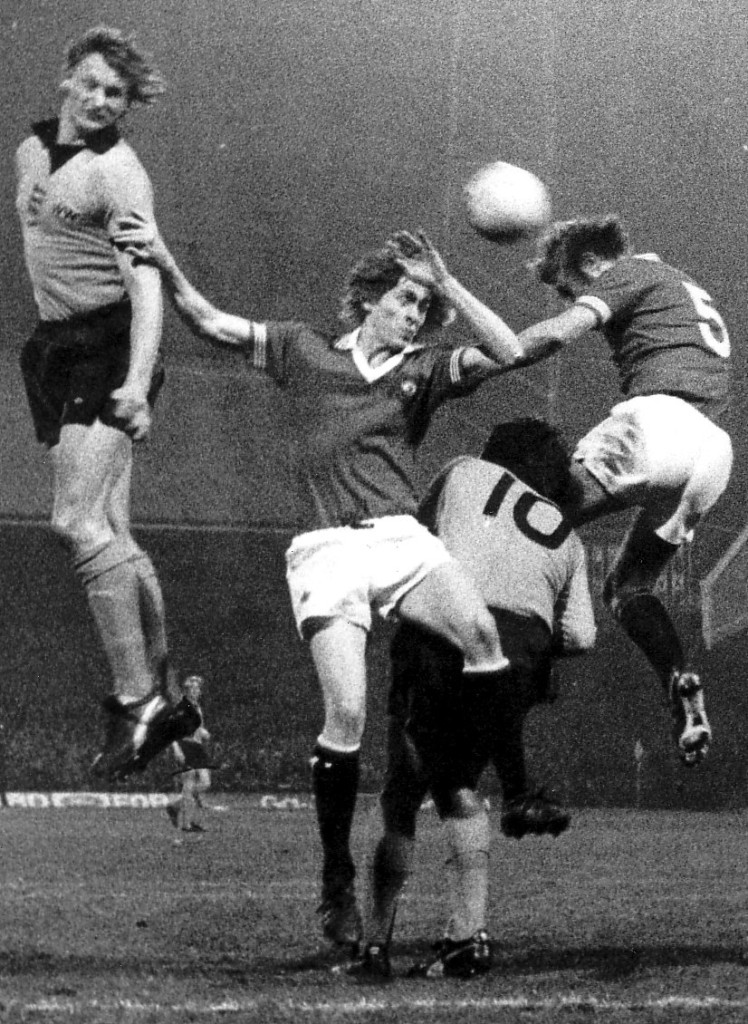 Steve Kindon challenges on the 1976 night that goals by he and John Richards gave Wolves a 2-0 lead that Manchester United overturned in an FA Cup quarter-final replay in front of more than 44,000 at Molineux.

Another worthy rescue act was performed at Oldham in 1966-67 as Ronnie Allen’s promotion-bound squad scored twice in the dying minutes to salvage a draw and then build on it with a crushing 4-1 win in the replay.

Inevitably, the boot has also been on the other foot on occasions, with Manchester United hitting back from two down to win FA Cup ties at Molineux twice in the 1960s and once in 1976.

Back on an anniversary theme, it is 58 years tomorrow since Bournemouth, then of Division Three South, visited Molineux and pulled off a stunning 1-0 victory.