Gifted And Fun To Be Around 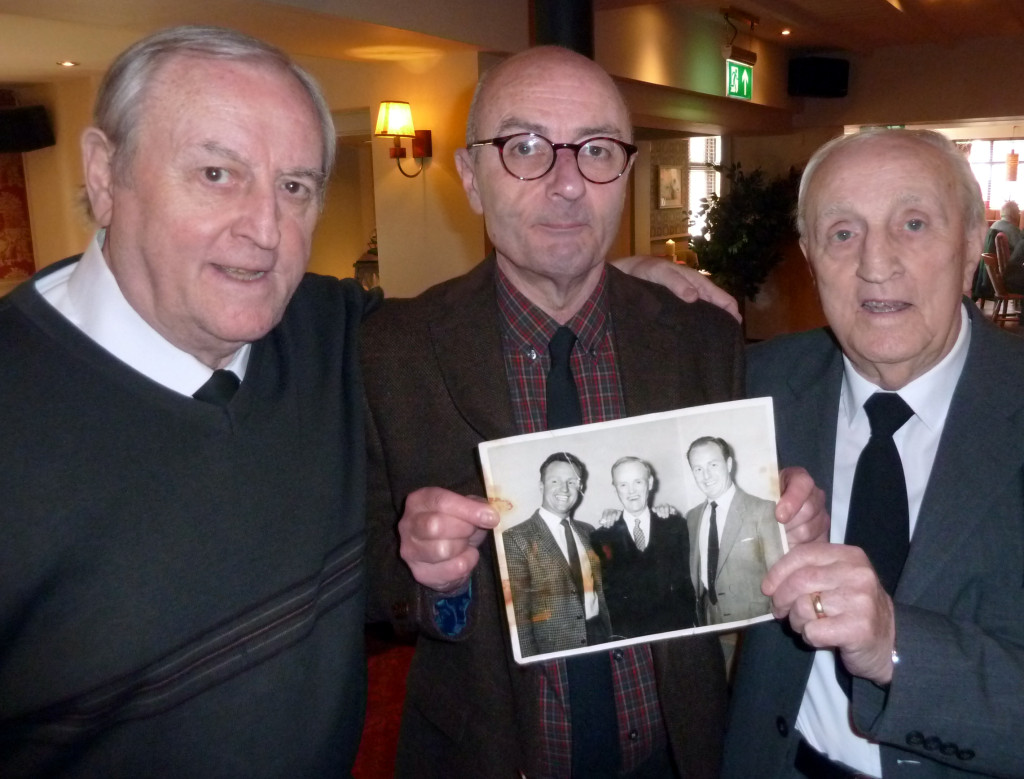 Friends from both sides of the Black Country divide were present at Streetly Crematorium this afternoon to hear Jimmy Dunn described at his funeral service as ‘a winner who loved life and a laugh – and was a gentleman to the end.’

Further details of a remarkable football family came to light after officiating clergy Jonathan Richardson had referred to two men who made history as the first Scottish father and son to each play in victorious FA Cup teams at Wembley.

Jimmy, a key man in Wolves’ 1949 triumph over Leicester, not only carried the name of the Dad who lit up Goodison Park as Everton won the Second Division, First Division and Cup in successive years in the early 1930s. He also shared his birthday, November 25.

But there is more to the tale still. Jimmy Jnr had one brother, Merseyside-based John, who was on the books of Burnley and was present today, and another called Tommy, whose own Molineux career came to a somewhat unusual end.

Tommy, who we pictured in our obituary piece on January 1, shared digs with Jimmy in the 1940s and apparently coughed badly enough and often enough for a neighbour to report the ailment to the club. Stan Cullis, acting amid fears that the young man had a lung condition, subsequently transferred him to Bournemouth, where it was felt the cleaner South Coast air would help him.

Barnsley were another club served by the latter, also an inside-forward whose career path again coincided with that of Jimmy when they played together for Runcorn a decade or so later.

Although Tommy died many years ago, as did two sisters – one of them a GI bride living in America – there is another surviving brother, David, who travelled from his Liverpool home to be in attendance this afternoon.

“It’s quite a story,” said Jimmy’s youngest son, Peter. “I was born in Liverpool in the mid-1950s but now live just down the road here in Streetly. I seemed to attend loads of schools because of the need to move home with the various changes of club.

“My brother Phill, who is 64, was born in Wolverhampton but has worked in the Far East for more than 20 years and worked and lived in Athens prior to that.

“There is a lot of sporting blood in the family, including cricket going back to our great-grandfather.”

Just as the words of Loy Stobart in Antigua provided a moving feature of his father Barry’s funeral in the first half of last season, so there have been poignant messages in recent days from Phill, who has sadly been unable to make it back from Singapore, where he is employed in TV.

Alistair Robertson, a Wolves captain of the late 1980s, was there, too, having played under Dunn in the days 20 years earlier when he was a coach at Albion. The delegation from The Hawthorns also included two more playing stalwarts, Tony Brown and Stan Jones, and Supporters Club chairman John Homer. 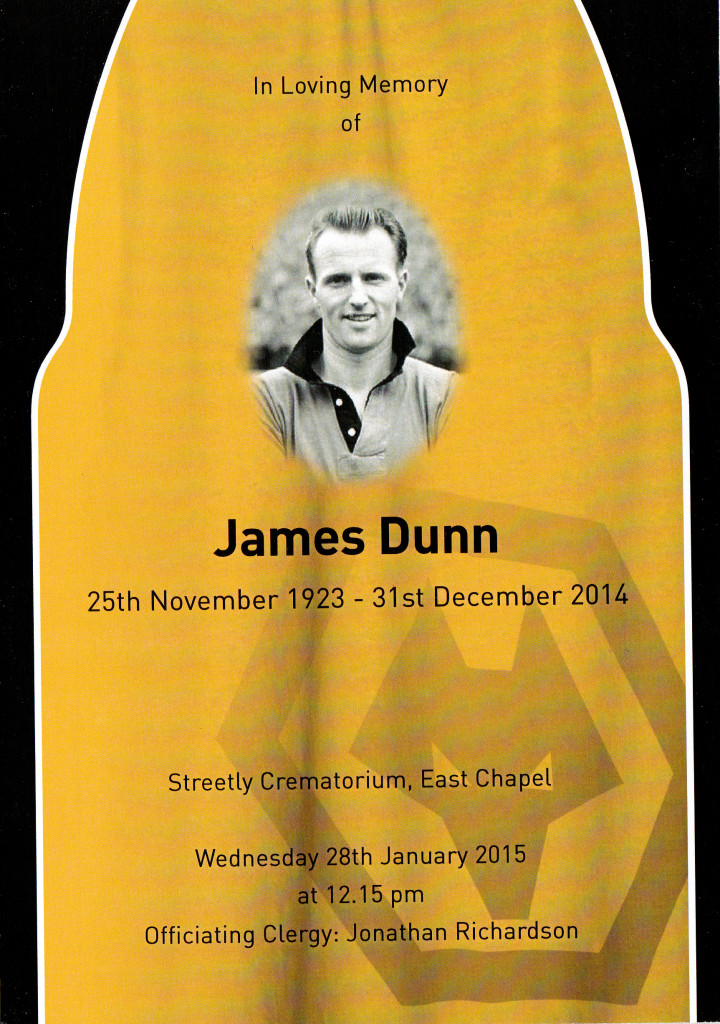 In his address, Jonathan Richardson also told the tale of how Jimmy and his wife Muriel, married the year before and by now expecting their first child, accepted an invitation by a Wolves-supporting vicar to be given a second wedding service – this in 1950 and an unusual way of feting a Cup winner from the locality!

“His life was about days at the races, top-of-the-range Fords, games of tennis, holidays in Spain and steamer trips,” the clergyman added.

“He also worked occasionally with England Test cricketers when he ran the Edgbaston Health Club right next to the stadium. His family say that he would not have wanted us to remember him today in sadness, but with a smile.”