Barney And The Tour That Backfired 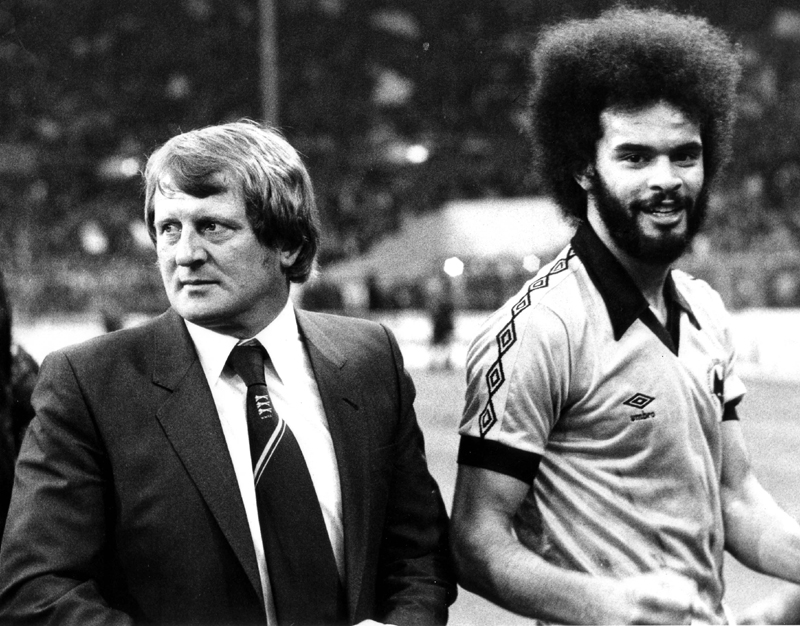 John Barnwell and George Berry leave the Wembley pitch in triumph two and a quarter years before the 1982 rebel tour to South Africa.

It’s not a tour that is likely to feature in many of the record books. Nor is it one that has ever been looked back on with much fondness.

Without access to a newspaper cuttings library or without the starting point of at least a little knowledge to kick-start a Google search, you could be excused for having forgotten it ever occurred.

In some cases, the participants spoke of acting for the greater good by going but it was an ill-fated trip that left many wondering whether it was worth the bother.

Thirty three years ago this coming summer, John Barnwell was named as manager of the sort of rebel tour to South Africa that we perhaps more readily associate with cricket.

Jack Taylor, Wolverhampton’s most famous all-time butcher, was the travelling referee. Coventry chairman and Match of the Day presenter Jimmy Hill went as consultant and mediator for a squad who included Barry Powell.

Six games were planned in just over two weeks, with two in the 60,000-capacity Ellis Stadium in Johannesburg. It was a World Cup year, so the organisers needed some big names to divert eyes away from Spain.

South African Breweries were putting the money up, with agent Dennis Roach in charge of assembling an 18-man squad.

Gordon Smith (then of Spurs but destined to join Wolves the following month), Petar Borota, Stuart Pearson, David Nish, Geoff Merrick and Calvin Plummer were others named, Nottingham Forest’s Plummer as the only black player after speculation that Cyrille Regis or Justin Fashanu would be included.

News of the tour broke on July 10, two days before the planned official announcement. A press conference was given by Hill in London on July 13.

There was huge pressure on the tourists not to travel. South Africa had long been outlawed because of their apartheid policies and were not members of FIFA. The English FA warned of sanctions against players taking part.

The participants were keen to stand their ground, though, and Barnwell said: “I am doing nothing wrong. I am going out there as an out-of-work manager.

“I still can’t understand what the fuss is about. It’s not like the cricket tour because we are not sneaking out of the back door. We are going in full view of everyone and, in my case, it’s because I’m out of work and someone offered me a job.

“Like any other thinking person, I find apartheid abhorrent but we are going there to play against black teams in what is essentially a black man’s sport.”

Taylor was Wolves’ commercial manager and was quoted in the Express & Star on July 12 as saying he was refereeing some matches as part of a holiday out there and had been going to South Africa for several years, often to help with refereeing clinics.

“In 1975, I refereed the very first final between a black team and a white one,” he said. “I have absolutely nothing to be ashamed of in going and can assure you there are no great rewards for me.”

For several days, the story made back-page news, more than once as the lead story. The Express & Star revealed that Joe Gallagher, Mel Eves and, most delicately, George Berry were all offered lucrative deals to go. 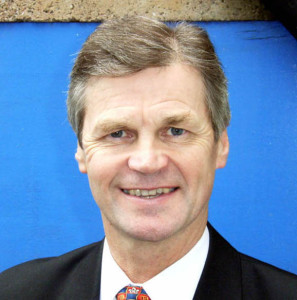 Berry turned it down on principle despite reportedly being offered £20,000 and said: “I wouldn’t have gone for a king’s ransom. I asked the agent: ‘If I go, will it enable a black man to drink in a white club?’ He said no. That was all I needed to hear.”

Gallagher and Eves were blocked by the Official Receiver, who was in place at Molineux at the time and responsible for all such negotiations. He said the decision wasn’t politically motivated but was a commonsense one, based on the fear that the players’ value could be dented by injury or suspension.

Gallagher was offered £15,000 and stressed he had been very keen to go. Eves said his answer would have been ‘no’ on principle.

Finding support for the harassed manager was proving easier. Another back-page E&S lead story said Ian Ross had walked out as Wolves coach to join the tour. His wife Rhona told the paper that it had all happened very suddenly and, with a mortgage and wife to think about, he had accepted the money as there was no job security for him at Molineux.

Barnwell was still five men short of his 18-man squad when he staged a practice match two days before the first fixture, against a Cape Select XI. Ardiles and Kempes withdrew and Ball and Golac didn’t board their plane. Hill was soon to fly home for his daughter’s wedding. The trip was already unravelling.

The first match was drawn 0-0 in Cape Town on Friday, July 16. Don Masson, a member of Scotland’s midfield at the 1978 World Cup in Argentina, and former Aston Villa man Frank Carrodus were recruited. QPR left-back Ian Gillard was another mentioned in despatches.

Tottenham boss Keith Burkinshaw refused to give permission for Ardiles to take part in the tour because, in a diplomatic move to get him out of Britain in the aftermath of the Falklands War, the midfielder was about to join Paris St Germain for a season on loan.

The squad had three games planned in the black township of Soweto – against Orlando Pirates, Moroka Swallows and Kaiser Chiefs, who were each said to regularly attract gates of 50,000.

When the tourists beat AmaZulu 1-0 in Soweto, the attendance was a paltry 3,000 – for a game hastily arranged after Orlando Pirates withdrew from a fixture because of a backlash from black anti-apartheid protestors.

On July 21, it was announced that the tour was coming to an abrupt end with a game against a Transvaal Province team. The other two clubs due to provide the opposition in the townships had bowed to public pressure and pulled out.

The trip is said to have cost £900,000 to put on and ended with a 1-1 draw against a Transvaal Invitation side containing only one black player. Channon missed a first-half penalty in front of a small crowd but Billy Jennings came up with a late equaliser.

The players are reported to have been paid in full but the thirst for taking football out to the republic had presumably been quenched for the time being. A squad of 14 had also gone out there in June, 1981.

“I didn’t know until very late on where we were going,” Powell said. “I had just been given a free transfer by Derby because I could no longer play in all that Baseball Ground mud and was talking to Blackburn about going there.

“I had a call out of the blue from Dennis Roach and was told to have my bags packed in anticipation that we would be flying out at the following weekend.

“I remember meeting up with Milija Aleksic and Brian Greenhoff in London on the Friday and I think it was only when we were in or on the way to Schipol in Amsterdam for a connecting flight that we learned we were going to South Africa.

“It was decent money, so I went along with it quite happily. We were told we would be away for three weeks and, as we were among the first players to report, we were sent to Sun City for a week and given so much per day to play the tables there.

“I remember meeting up with Ossie Ardiles and Mario Kempes and being excited about playing with players of that calibre. But they departed when we were in South Africa.

“We should have had a decent side but the tour fell apart really. I still enjoyed the experience but it would have been a lot more enjoyable had it not been for the problems.

“There had been talk of 50,000 tickets having been sold for one game but the reality was very different unfortunately.

“For years, I had a red blazer we were all given as squad members but I eventually threw it out.”

Powell, who featured in all three games, linked up with Ron Wylie in Hong Kong football after his return from South Africa.