Galley In Goal – And Under Attack!

Bizarre Tale Of The Stand-In Keeper 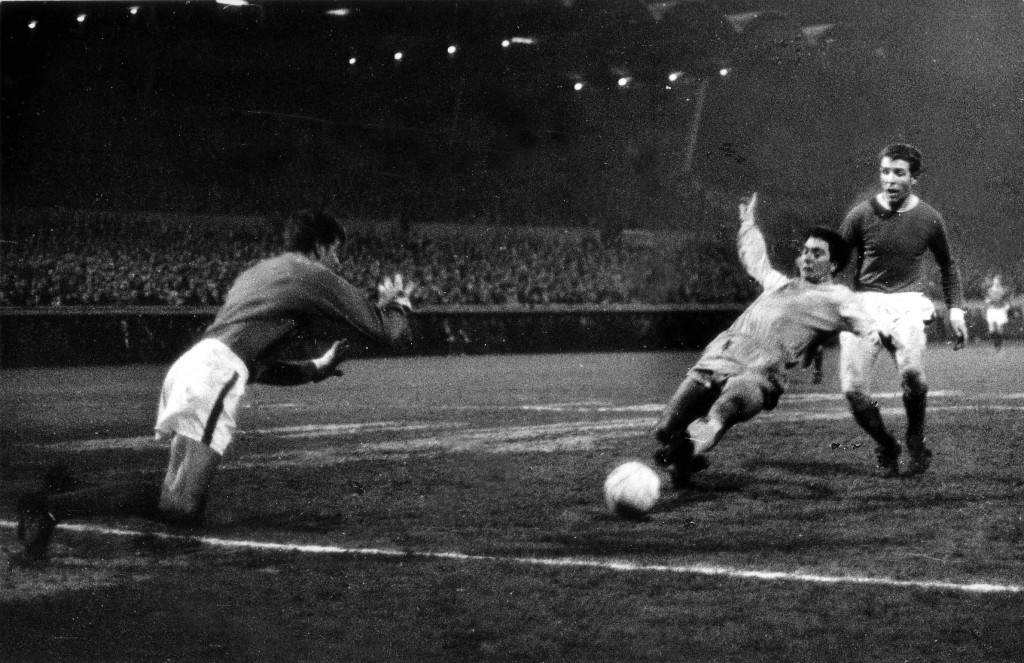 John Galley prepares to dive at Bobby Gould’s feet at Highfield Road – but a penalty has already been conceded by the also-pictured John Haselden.

John Galley had a feeling of deja-vu when he saw defender Kelvin Wilson attacked by a fan after Nottingham Forest’s victory at arch rivals Derby last month.

In another high-pressure occasion at the second level, much the same thing happened to him following an emergency change of roles during Rotherham’s game at a Bobby Gould-inspired Coventry on Boxing Day, 1966.

With only one substitute then allowed, the former Wolves striker was the appointed stand-by goalkeeper in times of crisis at the club who provide this weekend’s Molineux opposition.

And a broken finger sustained by Alan Hill when trying to keep out Gould’s second goal allowed him the opportunity to show whether he could stop goals as well as he could score them.

“Like most centre-forwards, I fancied myself a bit between the sticks,” Galley said today. “Managers used to like to put an attacking player in goal in those circumstances so as not to disrupt their defence – and in I went with what I remember as being about half an hour to go.

“As chance would have it, I’m still big friends with Hilly and was out with him last week, in fact. What I learned that day was that he had much bigger hands than me.

“When I put his gloves on, they swamped me and we didn’t carry spare pairs, so I sent for our trainer Albert Wilson to come round and sort me out. It wouldn’t happen now but it was while play was going on at the other end that he stood next to me by the post and taped the gloves up to make them smaller!

“Suddenly, as I’m looking down the pitch to make sure the ball is nowhere near, a fan who has jumped over the advertising boards behind us has leapt on my back and left us both on the ground.

“He had his hands round my neck and was trying to have a go at Albert as well, so I had a pop back at him in self defence. I didn’t really know what to do….I’d been attacked by a few centre-halves in my time, but never a spectator.

“The case went to court and apparently the guy’s solicitor said I should have been in the dock as well, which was very nice of him!

“I wasn’t called to attend even as a witness but the referee saw most of what went on and told me I shouldn’t have reacted as I did. I told him I might have thrown a much harder punch.”

There was no story of on-field heroism on this occasion from Galley, who had scored twice in the six Wolves first-team matches he played at the start of his prolific career.

On a ground where he had hit a stunning hat-trick on his Millers debut two seasons earlier, he was beaten twice as the Sky Blues, fired by two goals from Gould, won 4-2 – one of them coming from a penalty won by the bustling forward.

It was a result which reverberated around Molineux as Coventry were in hot pursuit near the top of the table at the time and destined to pip Ronnie Allen’s Wolves to the Second Division title.

Remarkably, as was often the way for holiday-time fixtures in past decades, the Rotherham v Coventry return was played the very next day but Galley returned to his more familiar position for that game.

As if to raise the question of how many ‘angles’ it is possible for one story to have, though, he was back in goal barely a month after the Highfield Road clash.

Hill was concussed during an FA Cup tie just down the road on a ‘farmer’s field of a pitch’ at Nuneaton and Galley made an outstanding save to earn a Millmoor replay, which saw the non-League side defeated by the only goal. 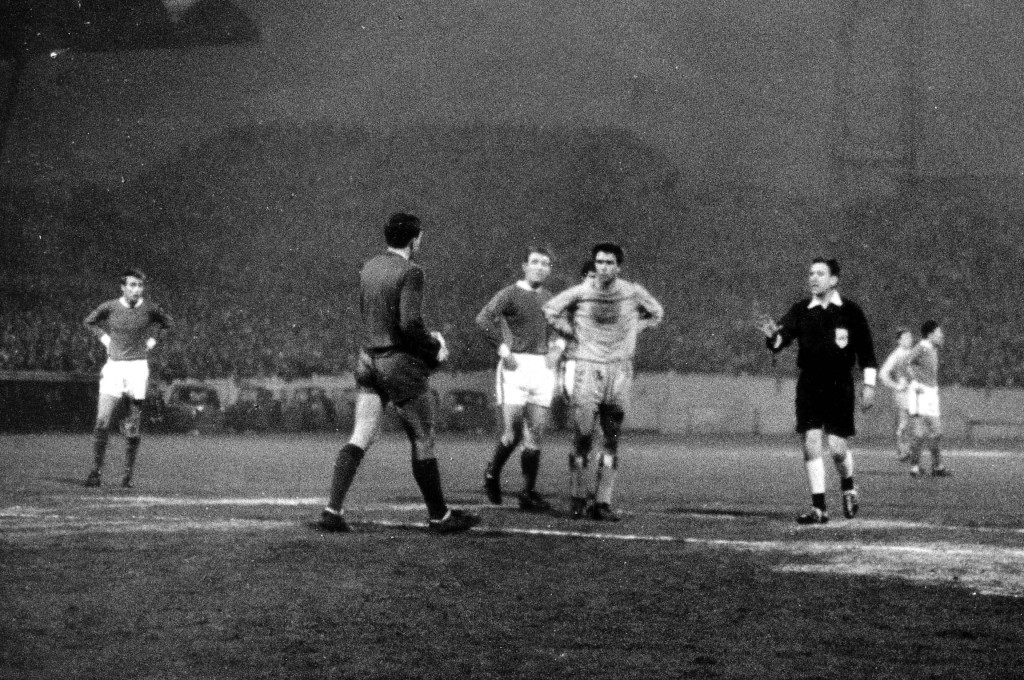 An unsympathetic Bobby Gould looks on as Alan Hill troops off injured, to be replaced in goal by Rotherham’s centre-forward.

There is one final pay-off line. The same forward was a Bristol City player when the combative Gould arrived at Ashton Gate from Albion for transfer talks in 1972 and the two immediately clapped eyes on each other in the reception area.

“Boy, am I looking forward to playing up front with you rather than against you,” was the gist of Gould’s opening gambit. To which the surprising reply was: “Well, don’t get too excited…..I’m just off to sign for Nottingham Forest.”

* Gould himself went in goal in emergency late in Wolves’ big win at Bolton on the final day of 1976-77 and kept a clean sheet – as he did when he took over Ray Cashley’s jersey in Bristol City’s home draw against Albion in 1973-74.