Friends Reunited – With Much To Discuss 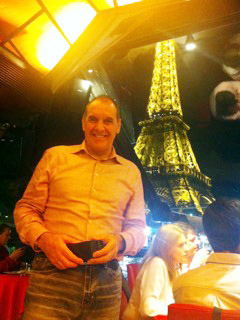 Following the latest of the many emails we receive asking for information about former Wolves players, we are delighted to have this week reconnected the late 1970s winger John Black with an old friend from the city of his youthful football dreams.

Wolverhampton was a town when the Scotsman was on the Molineux books during a stay that brought him six first-team appearances and many more outings at reserve level and lower.

And he was the subject of a ‘Do you have contact details for Blackie, please?’ approach we received a few days ago from exiled West Midlander Mike Russell.

How could we refuse to help given that one performed an important duty for the other more than three and a half decades ago?

“Blackie was my best man in 1978,” Darlaston-born Mike told us by way of a follow-up. “I was in the youth set-up at Wolves a few years earlier than him and we became very friendly.

“My own hopes of a playing career in goal were ended by a car accident but I was very friendly with Gary Pierce as well and, from time to time, we all used to lead each other astray!”

Mike and John have loads to catch up on and many hundreds of miles between them. Mike has recently been taking it easier at home between Maidstone and Sevenoaks in Kent following a motor bike accident but that didn’t stop him travelling up for Wolves’ home game against Rotherham today and then for a night out watching a band of Wanderers fans on stage in Bilston.

He, in turn, was interested to learn that John now lives in Brora, 60 miles north of Inverness, where he continued his playing career as player-manager (and then of Wick Academy) until he was 41.

Both clubs are in the Highland League, with Brora hoping to reach the Scottish League this year if they retain the championship they won last spring.

“I think we lost contact when I went to New Zealand in the 1980s,” John continued by email. “We had some great times in Wolverhampton and the club will live with me forever.

“I work with mental health folk now and enjoy the benefit of realising just how lucky I am to have so far had a great, healthy life.”

The 57-year-old, whose holiday in Brazil we wrote about on here several months ago as one of our special articles on the 2014 World Cup hosts, was fascinated to learn that his long-lost mate also had connections in South America.

Mike, having travelled the world working, is now in semi-retirement as a financial director but still takes part in ironman triathlons – a gruelling activity that has brought him many titles.

He was competing in one in South Africa in 2005 when he read in a newspaper of the death over there of Bill McGarry – the scourge of their young lives at Molineux. 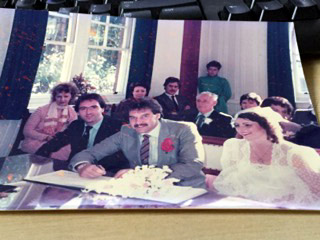 He also has a property in Uruguay as well as a girlfriend from that country; one who is divorced from a former international footballer!

As we said, they have lots to talk about.