Some Letters From Joe

A Postbag With A Difference 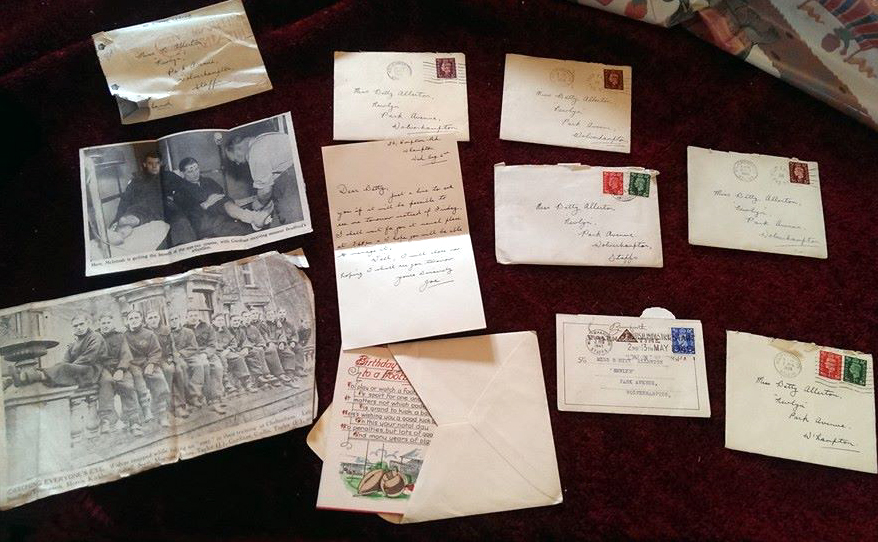 Items from the nostalgic collection.

Letters and other keepsakes originating from Wolves legend Joe Gardiner have come to light approaching 20 years after his death.

The nostalgic bundle was discovered in a house, thought to be in the Tettenhall area, and also contains photographs among various newspaper items.

The find was made several weeks ago by Coach House Antiques, who are based just off the Cannock Road in Wolverhampton. Spokesman Robert Hill said from there today: “We do a lot of house clearances and have learned that some families are interested in sentimental items like this and some aren’t.

“We don’t know whether this was an address Mr Gardiner lived at or whether it belonged to a friend, possibly a lady friend.

“I am not a football fan but thought that Wolves supporters would enjoy seeing them as they are very interesting pieces.”

We at Wolves Heroes would not publish anything we regard to have been of a particularly personal nature but were fascinated to read one or two of the items.

One is addressed to a Betty and discusses forthcoming meeting arrangements. Joe, who died in his early 80s in 1997, never married and was said to have been ‘married’ to Wolves.

Despite being born at Bearpark in County Durham, he served the club for more than 50 years, initially as an amateur after joining them as a 16-year-old in 1932.

His career as a defender was seriously affected by the war but he made 139 League and cup appearances for them, including the 1939 FA Cup final defeat against Portsmouth. 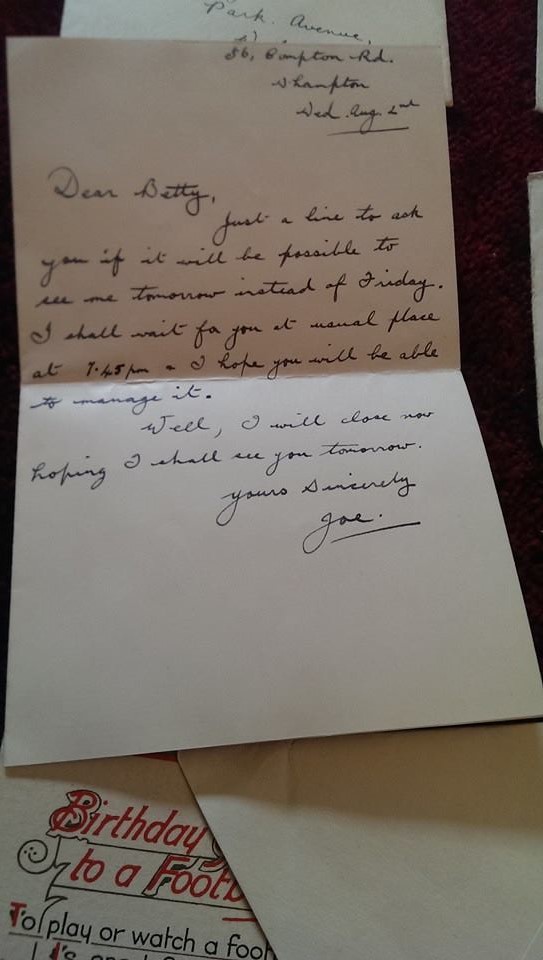 And all written so immaculately!

He played a further 49 matches in wartime competition and also represented the Football League against their Scottish counterparts but all that added up to only part of his Molineux service.

He joined the backroom staff following the end of his playing career and, as trainer (effectively no 2 to Stan Cullis) and scout, went on to take his stint in the gold and black cause to 50 years.

The keepsakes have been sent to Mullock and Madeley, who have put them up for sale at their next sports auction – at Ludlow Racecourse on April 16.