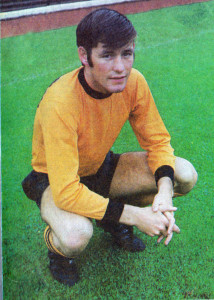 Talk in the 1970s about questionable set-pieces that were conjured up by players who had either served Wolves or were destined to do so wasn’t confined to Willie Carr, Ernie Hunt and that infamous routine for Coventry against Everton.

Some five and a half years after that astonishing goal at Highfield Road, Jim McCalliog was at the centre of another combination that some would say was brilliantly innovative and others, especially those in the rival camp, would claim as borderline illegal.

With Bradford City’s big date in this weekend’s FA Cup quarter-finals looming, the quick thinking of the talented Scot 39 years ago this week has once more become a popular topic of conversation, particularly for those on the south coast.

On a previous Bantams appearance in the last eight, McCalliog struck the killer blow at Valley Parade when he brilliantly volleyed home the only goal from a free-kick scooped up 20 yards out by his Southampton team-mate Peter Osgood.

“I’ve had some phone calls in the last few days from media people wanting to talk again about the goal,” he told us today. “It is probably even more relevant as Bradford are now facing Reading, who I scored my first FA Cup goal against when Sheffield Wednesday played at Elm Park early in 1966.

“Our game in 1976 was on Match of the Day, so it was widely seen and some people thought my goal was dubious. But the difference was that, with the Coventry goal, wee Willie put the ball between his feet and touched it with both as a sort of donkey kick.

“When we were standing over the ball, I just quietly told Ossie to flick it up with his instep and then get out of the way. He checked that he had heard me right and there’s a photo of him standing with his hands on his hips as I shoot. His work was done!

“The referee is also very close by on the picture, so he saw everything. There were no protests – it all happened in a flash. My shot flew over a wall containing six or seven players and I was off doing some silly jig.

“I had just aimed a right-foot volley, not with any great power, into the corner that I thought the keeper wouldn’t be able to cover.

“I’m always being asked if we had rehearsed it or whether we tried it before or after in a game and the answer is no. It was a one-off.

“It was a big goal because it was a difficult game on a bumpy pitch and in a blowy wind. We could have come unstuck. But we went through, had a favourable pairing with Crystal Palace in the semi-final and ended up beating Manchester United in the final.”

McCalliog had also scored both goals as Lawrie McMenemy’s Second Division Saints got their run under-way with a 2-1 third-round replay win at Aston Villa, who had a certain John Burridge as their last line of defence.

Alongside Mick Channon, Wolves’ 1972 UEFA Cup final skipper and scorer topped Southampton’s FA Cup goal charts with three in a run that took Albion out at the fourth-round stage before Blackpool were brushed aside at The Dell in round five.

Victory in the final against the club McCalliog left Wolves for in 1974 was extra sweet, especially as he set up Bobby Stokes’s Wembley winner.

It also went some way to repairing the heartbreak he had suffered as a young Wednesday player when they had blown a 2-0 lead in losing 3-2 to Everton in the 1966 final. His goal had helped beat his former club Chelsea in the semi-final at Villa Park. 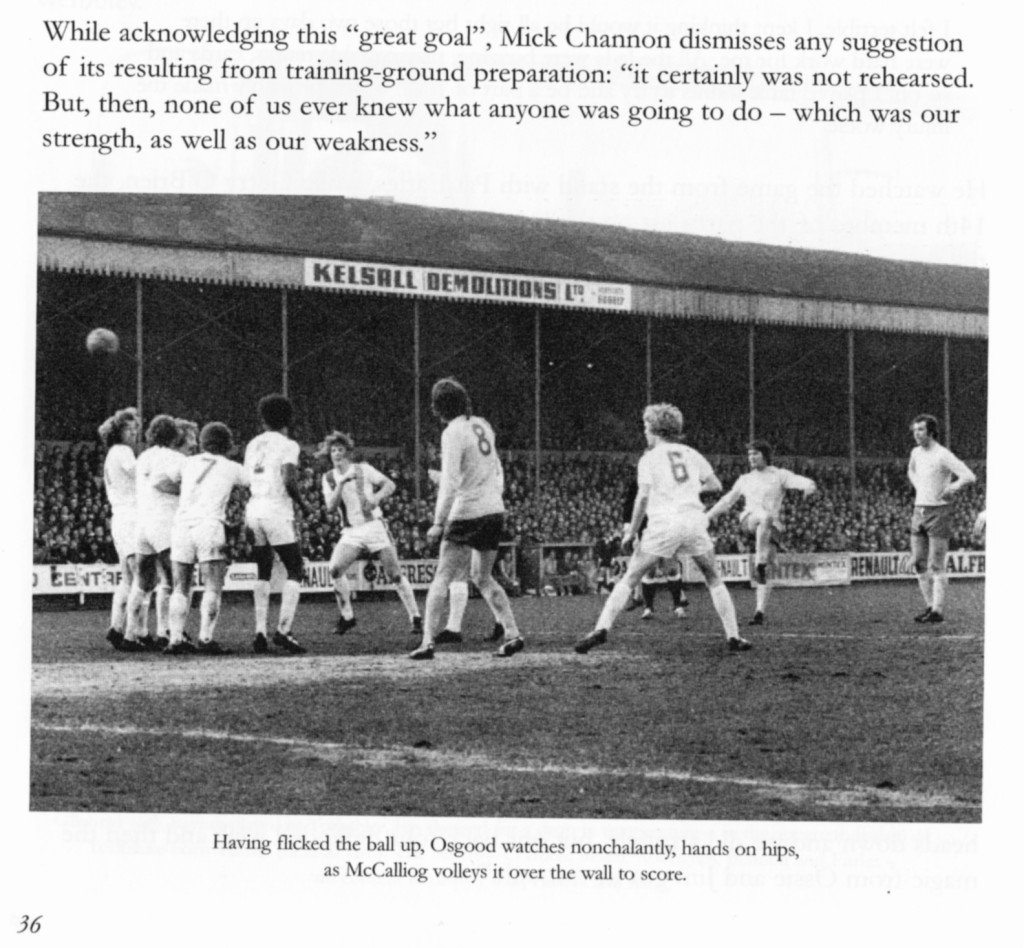 How the free-kick winner was captured, thanks to a Southern Daily Echo photo, in the ‘Tie A Yellow Ribbon’ book – complete with comment from another famous Southampton goal ace.

We are indebted for some of the background information in this article to the 2006 ‘Tie A Yellow Ribbon’ book written by Tim Manns and David Bull about the Saints’ famous 1975-76 journey.

The joint authors also came up with a line that will further interest Wolves fans; namely that ex-Molineux youngster Jimmy Seal was credited with part of Southampton’s success that season.

The Saints had lost the week before their Valley Parade assignment in a Second Division game at York, where the centre-forward was a considerable force and sufficiently unimpressed by the visitors as to say they couldn’t compete. “He really wound us up,” said Saints keeper Ian Turner.