Filling In Some More Gaps 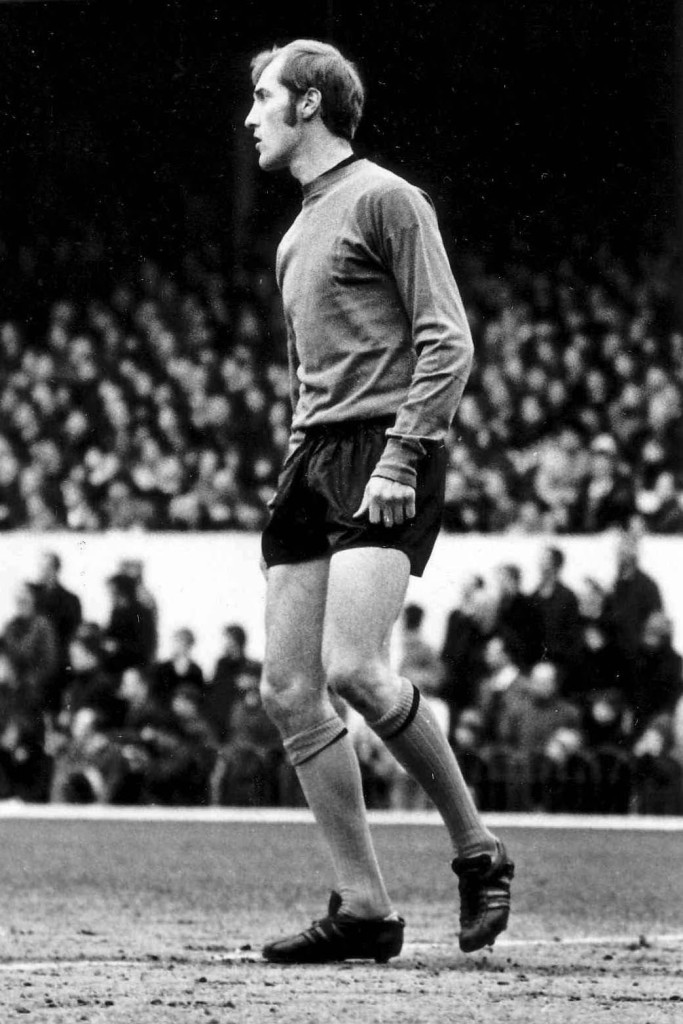 John Oldfield in action during a 19-game first-team career at Wolves that also contained a loan spell at Crewe.

We at Wolves Heroes are delighted to have been contacted by a second member of late former Molineux keeper John Oldfield’s family.

More than 18 months ago, our emailed enquiry to the Huddersfield Examiner in search of information about John’s post-football life brought a good response from their readers.

Now, we have heard for the first time from Dawn Moss, the second oldest of his five children, and someone with whom we have followed up with a phone chat this weekend.

Dawn is more of a football fan than her elder sister Karen, whose partner Alan Hirst we met at Molineux when his beloved Huddersfield won there in the autumn.

She favours Leeds, though, rather than anything to do with Leeds Road, the famous old ground John graced during a Terriers stint of 150-plus appearances.

And she has memories that she was happy to share with us after reading the lengthy tribute we posted to her father (https://www.wolvesheroes.com/2013/09/03/fondly-remembered-john-oldfield/) in September of last season.

“When Dad died in 2002, we tended to down-play his football a bit and concentrate just on family matters in the tributes because his playing career had ended on a low note at Bradford City,” Dawn said.

“But the piece on the Wolves Heroes site was lovely and we are as happy to share more information about his football days now as we are to read it.

“I was born in Huddersfield in 1965 when he was playing there but remember living in Wolverhampton from about the age of four after his transfer – in fact I still know the address was 53 Milldale Crescent, Fordhouses.

“I recall him being friends with Derek Dougan and me therefore spending time with his children. I went to Elston Hall School and was teased for having a West Midlands accent when we returned to Yorkshire in 1971.

“As a mother of three kids of my own, I also now appreciate that things wouldn’t have been easy for my parents. Mum had twin brothers on October 25 and Dad joined Wolves just before Christmas. Another son came along in 1978.

“There were obviously distractions in his career but the record books show he broke into the first team at Wolves for a while pretty quickly. Unfortunately, I don’t think I ever went to any games there, although I did see him a few times when he played for Bradford later.”

Dawn informed us that her parents ran the Primrose Hotel on Meanwood Road in Leeds – the city in which she has lived since the age of nine –  for almost a decade following the end of his playing career.

“He also sold insurance for a while and did some sand-blasting as there are a lot of stone houses in the Bradford area,” she added. “But he was a good cellar-man and served an excellent pint. We have a bronze tray which he won for serving the best mild in the area! 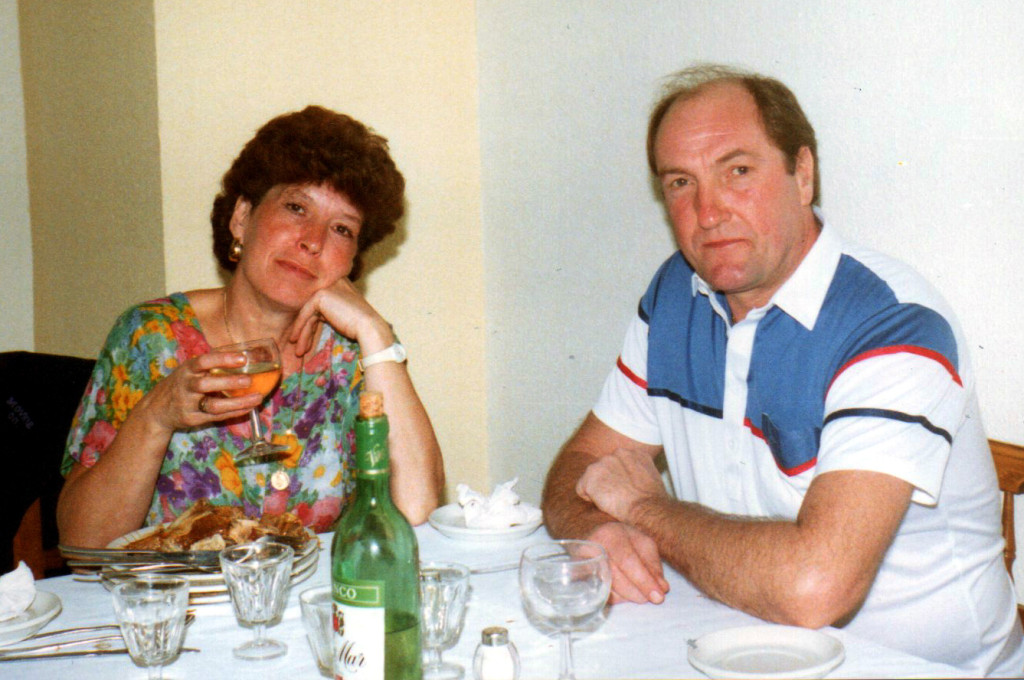 John and his wife Kathleen.

“The two of them then ran three workingmen’s clubs, one after the other, in and around Leeds. We lost our mum, Kathleen, in 2001, soon after they came out of that business and then Dad passed at 59 the following year.”

We had heard from older sister Karen last season that Dave Wagstaffe, also now sadly departed, was a frequent visitor to the Oldfield residence, as well as The Doog.