When Wolves Were Promotion Party Bystanders

Champagne Was All Boro’s During Distressing Weekend 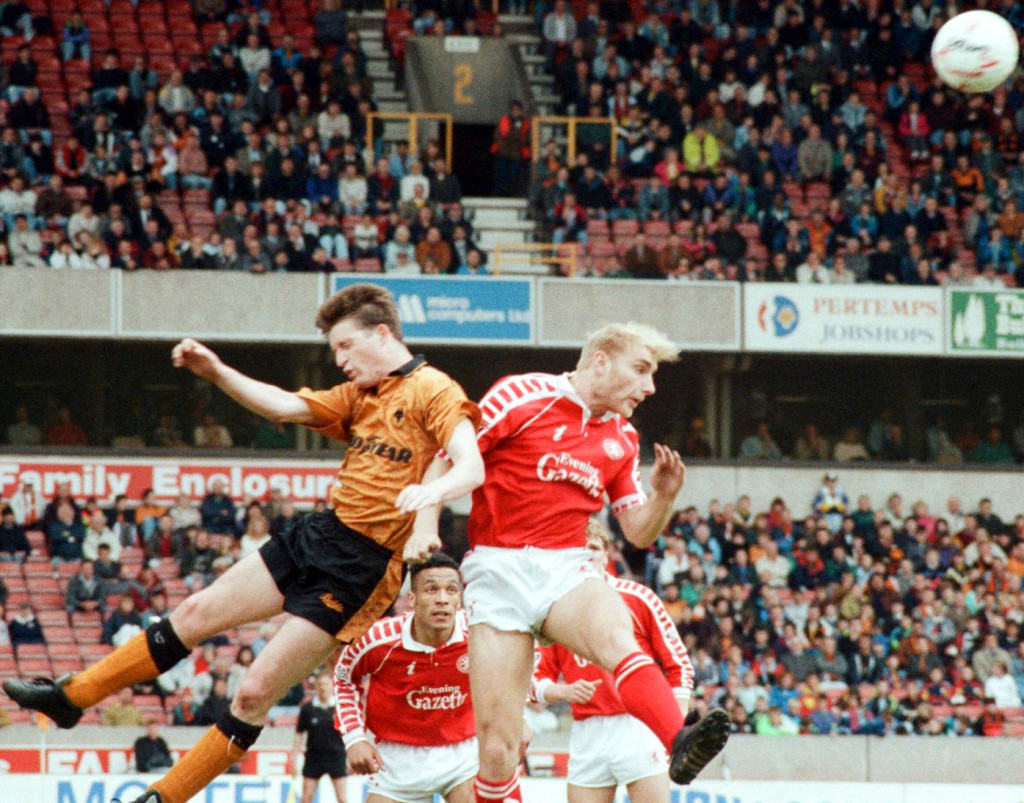 Andy Mutch, later to open the scoring with a header, challenges Stuart Ripley for a high ball.

Few teams turned Wolves as green with envy in the 1990s as Middlesbrough, who achieved promotion no fewer than three times in the decade while the wait for Premier League football at Molineux dragged frustratingly on.

And the first of that hat-trick of Teessiders triumphs was secured during an extraordinary weekend of arson attacks that painted a surreal backcloth to the decisive last-afternoon clash of the two clubs.

Boro’s 5,000-plus following were on tenterhooks as to whether they should travel following more than £100,000 worth of fire damage caused to the Waterloo Road Stand on the eve of the game in May, 1992.

In addition, the bomb squad removed 32 explosive booby-trap devices from the pitch as they acted on a tip-off by combing it and there would be repeat attacks on the Sunday night, with secretary Keith Pearson’s office being destroyed.

The Middlesbrough Gazette, with whom we have happily exchanged many photos down the years, said: “It was a bizarre set of events that today would no doubt be branded a terror plot.”

Wolves owner Sir Jack Hayward offered a £100,000 reward for information leading to the attackers’ arrest but the search went on in vain for many years in what was to become one of the most baffling and alarming chapters in Molineux history.

With nerves frayed, it was just as well that the 1991-92 season was at an end. Not that Middlesbrough’s players and staff minded too much as they celebrated on the pitch in front of their supporters, several hundred of whom missed the kick-off – at 3pm on a Saturday in those pre-Sky days – because of the worries over whether the go-ahead would be given.

Wolves, confronted by a debutant keeper in Ian Ironside with first-choice Stephen Pears sidelined, sensed the chance of some final day party-pooping when Andy Mutch opened the scoring with a header mid-way through the second half.

Boro, battling with Derby for the second automatic promotion spot in the wake of champions Ipswich, had just had defender Nicky Mohan sent off following a tussle between Steve Bull and Jamie Pollock but they were still able to haul in Graham Turner’s mid-table side. 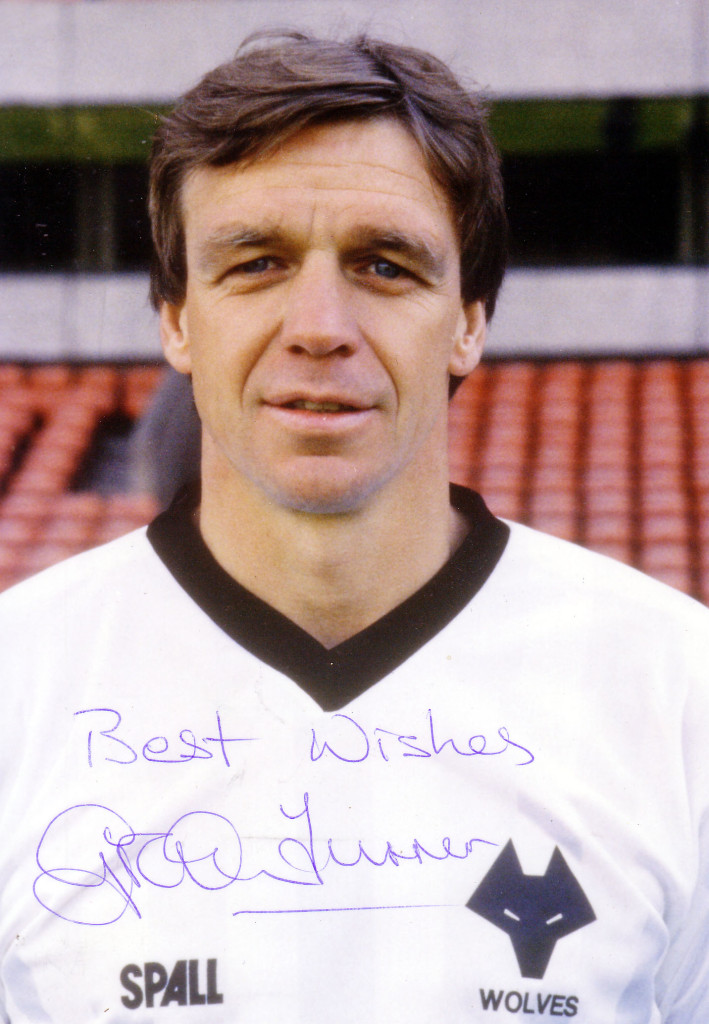 They equalised 17 minutes from time from a corner through defender Jon Gittens, then Paul Wilkinson nodded in the winner soon after.

Lennie Lawrence’s Boro thus finished two points ahead of third-placed Derby and, although their stay in the inaugural Premier League was restricted to only one season, they also went up as champions in 1994-95 (with Wolves fourth and beaten by Bolton in the play-offs) and as runners-up to Nottingham Forest in 1997-98.

Although Wolves fell well short of expectations by finishing 11th in 1991-92, their defeat against Lennie Lawrence’s side was their first at home in the League for five and a half months since Ipswich’s visit.