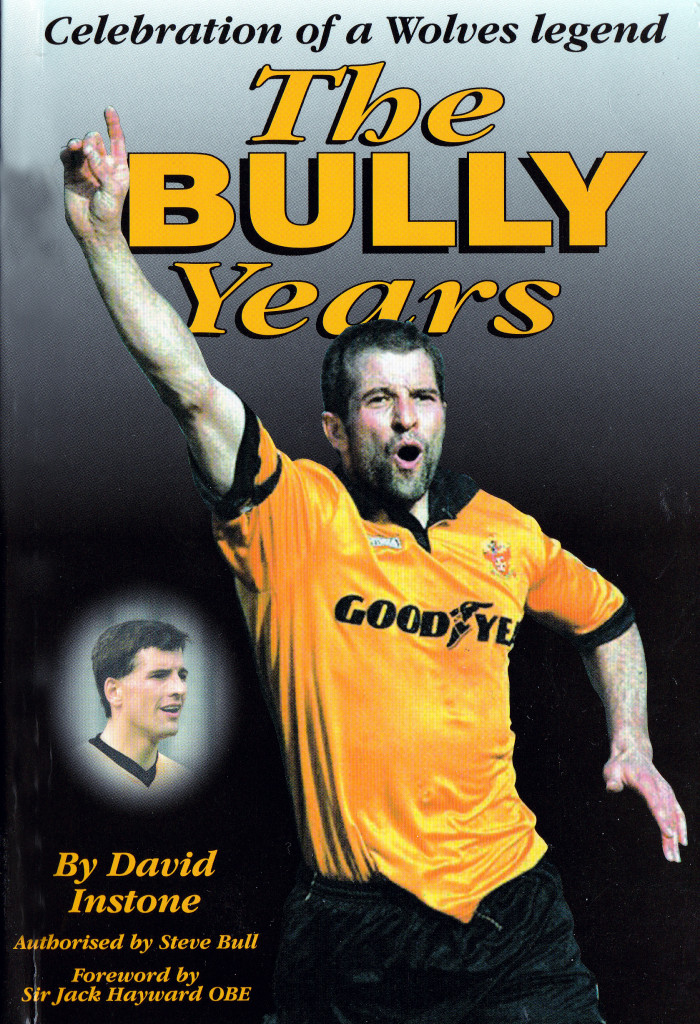 One of about a dozen copies left.

Time was when 50 equated to the number of goals Steve Bull banged in during a season. The figure now has a slightly different interpretation to him!

To celebrate the Molineux hero’s milestone day, we thought we would retrace some of the quirky happenings in his career – and perhaps reveal one or two new ones.

* When Bully took his first few gulps of air on this day in 1965, Wolves were just coming up for air as well, having lost 7-4 at Tottenham the day before.

* The first match the club played after his arrival was, inappropriately for a master marksman, a 0-0 home draw against Fulham that kept them on course for relegation.

* The first time he played for Wolves on his birthday (his 22nd), he scored the only goal of the game at home to Scunthorpe in a Fourth Division match in 1987.

* That was the only time he netted for the club on his birthday but, in 1988, he hit a hat-trick against Darlington two days before he turned 23 and was among the scorers in a 3-0 win at Burnley two days after.

* Bully was still on a scoring high when he turned 30 in 1995, hitting the clincher against Burnley at Molineux a few days earlier and the only goal at Southend a few days after.

* That goal at Roots Hall was his 200th in the Football League and his celebration of it, captured by Sam Bagnall, was used as the front-cover image in the 1995 Thomas Publications book, The Bully Years, that charted, in detail, the first 251 goals of his phenomenal Molineux career.

* Could Wolves conceivably have lost out to Walsall in the race for his signature? Our sources tell us yes – and here’s how. Ron Jukes was chief scout at Shrewsbury while Bully was nearing the end at Albion but moves behind-the-scenes were aimed at getting the former headmaster and magistrate back to Fellows Park, where wealthy new owner Terry Ramsden was spending decent money. Jukes already had Bully in his sights and Wolves became the beneficiaries of his expert talent-spotting after Graham Turner had been appointed at Molineux and quickly recruited his former Shrewsbury aide and so taken him out of the Saddlers’ sights.

* Remember who the landmark goals came against? His 50th for Wolves was at home to Peterborough in the Sherpa Van Trophy, his 100th was part of a hat-trick at home to Bristol City in the same competition and his 150th was at the expense of Oldham on the opening day of 1990-91. Molineux was again the setting for numbers 200 (against Leicester) and 300 (versus Bradford) but an alternative venue was the scene of his 250th – an equaliser against Tranmere that ensured Wolves’ place in the 1995 play-offs. 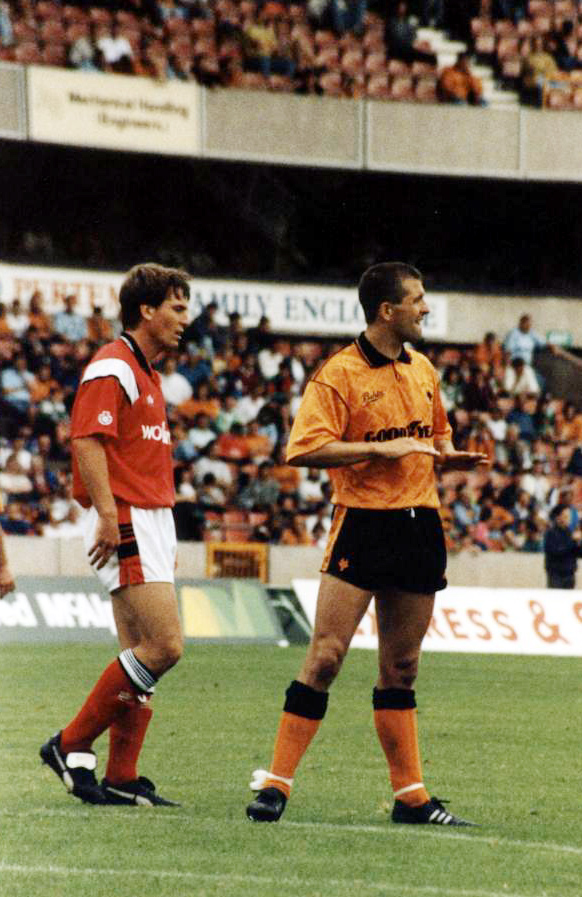 Calm down, calm down…..Bully must have been talking to a Liverpudlian strike partner in this photo by Mutchy.

* The great man might be away celebrating his big day but there has been a reminder close to home of his milestone. Heart FM played a request for him yesterday from his wife Kirsty.

* When Bully reached 40, Wolves were mid-way through an unbeaten run of 21 League games under Glenn Hoddle – one that was eventually ended early the following season away to next weekend’s Molineux opponents, Leeds.

* When he raises a glass to his 60th, Wolves will be established in the Premier League – believe us!