Search For An Old Pal Comes To A Big Finnish

Time For Some Catching Up 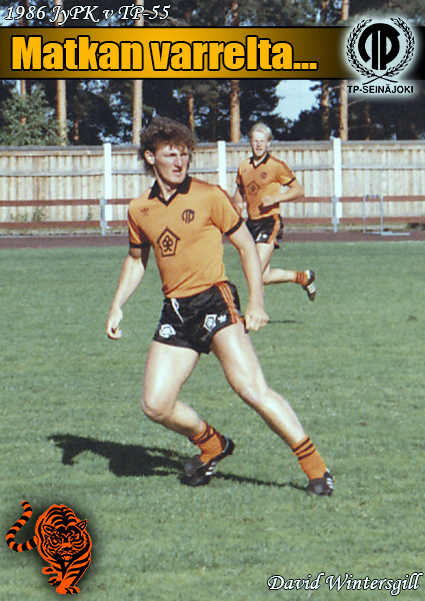 Nice to see he wore ‘proper’ colours in Finland as well!

David Wintersgill has been reconnected with an overseas football friend from his distant past – thanks to Wolves Heroes and the wonders of the Internet.

The early-1980s Molineux reserve still fondly recalls the three seasons he had in the Finnish League and is delighted to have been put back in touch with a welcoming face from his time there.

“I have happy memories of Scandinavia because it was a time when it was becoming fashionable for players from here to go and play a summer season there,” David said tonight.

“With me, there was also a defender called Les Tibbott, who had been at Ipswich with Bobby Robson and then played plenty of games for Sheffield United. Other clubs we faced had Scots, Poles and lads from other parts of Europe in their sides.

“I left England because I was at Wimbledon after Wolves and they had Nigel Winterburn in my position. He never missed a game, so I didn’t think my prospects were very good and I just wanted to play more games.

“Following a two-week trial, I joined a club called Tornavan Pallo-55, who were in the second division of the Northern League and based five hours’ drive north-west of Helsinki in Seinajoki.

“We won promotion to the first division and continued to do well at the higher level. I played most of my Wolves career at left-back but was used as a midfielder by TP-55 and scored 20 goals in my first season and a similar number in my second.

“I loved it…..I was only getting around £250 a week, so I was never going to become a millionaire, but I had use of a car and accommodation and, as well as a meals allowance, there were plenty of win bonuses as we were successful.”

We were contacted in mid-season by Olli-Matti Matihalti, who sought our help in making a reconnection with David some 30 years on from when they knocked about together.

He is a keen fan of  the club and kindly sent the action photograph that sits alongside this article. Now, the two have exchanged emails.

“Olli-Matti was a writer rather than a player,” Wintersgill added. “He preferred a pizza and a pint to the idea of training but he loved the game and travelled all over to watch it, even to America.

“He contributed to newspapers as well as to match programmes and his family were very kind in welcoming me to their place. We went once to Vaasa together and caught a ferry over to Sweden.

“It wasn’t unknown for him or someone else from the club to drive five hours to Helsinki to meet me off the plane. And travelling to games was something else. I don’t think any away game was less than three hours away and we went as far north as a place in Lapland called Rovaniemi, which is above the Arctic Circle and somewhere tourists go to if they want to see the northern lights.

“There wasn’t much money in the club, so we didn’t fly and would always go by coach or train. If we suddenly felt the brakes go on, we knew there was an elk or reindeer in the way.

“But the scenery was beautiful…..our training runs would often be through tracks in the forest, then we would go back for a sauna and a beer or two!

“It used to be very bleak when I got there in February ready for the start of the season, with snow on the ground. And so cold that we would have to wear tights to train.

“We used to have to play our early games on a sand pitch and then move on to grass in the main stadium when it warmed up a bit. There were only a few hundred watching us and baseball was the national sport but it was a fantastic experience and we pulled a few more in as we became more successful.

“The midnight sun was something strange for me. It would never get dark in the middle of summer but there were no language problems. Finnish is very difficult to learn and they all wanted to speak English to me anyway as many of them had studied in America.

“It felt like a working holiday to me and I could have kept going back. But I was coming back here to play in England in a September or October and was not getting much rest.

“In my third season in Finland, I picked up a groin injury through over-use and realised I had better think of something more permanent, so I returned here permanently.

“I was only 16 when I made my Wolves debut against Blackburn on the opening day of 1982-83 and was still probably 21 when I was finishing in Scandinavia.

“I played for Cyril Knowles at Darlington in the mid-1980s and learned plenty from him as a former left-back, although he was demanding and a very hard man. I hadn’t met his brother in Wolverhampton, although I remember the Jehovah’s Witnesses used to have their get-togethers at Molineux.

“I had a good career in non-League with clubs like Bishop Auckland as well but needed to plan for the future and have now had well over 20 years in the prison service. I’m 50 this year and stay involved in the game through teaching parents how to coach their kids. 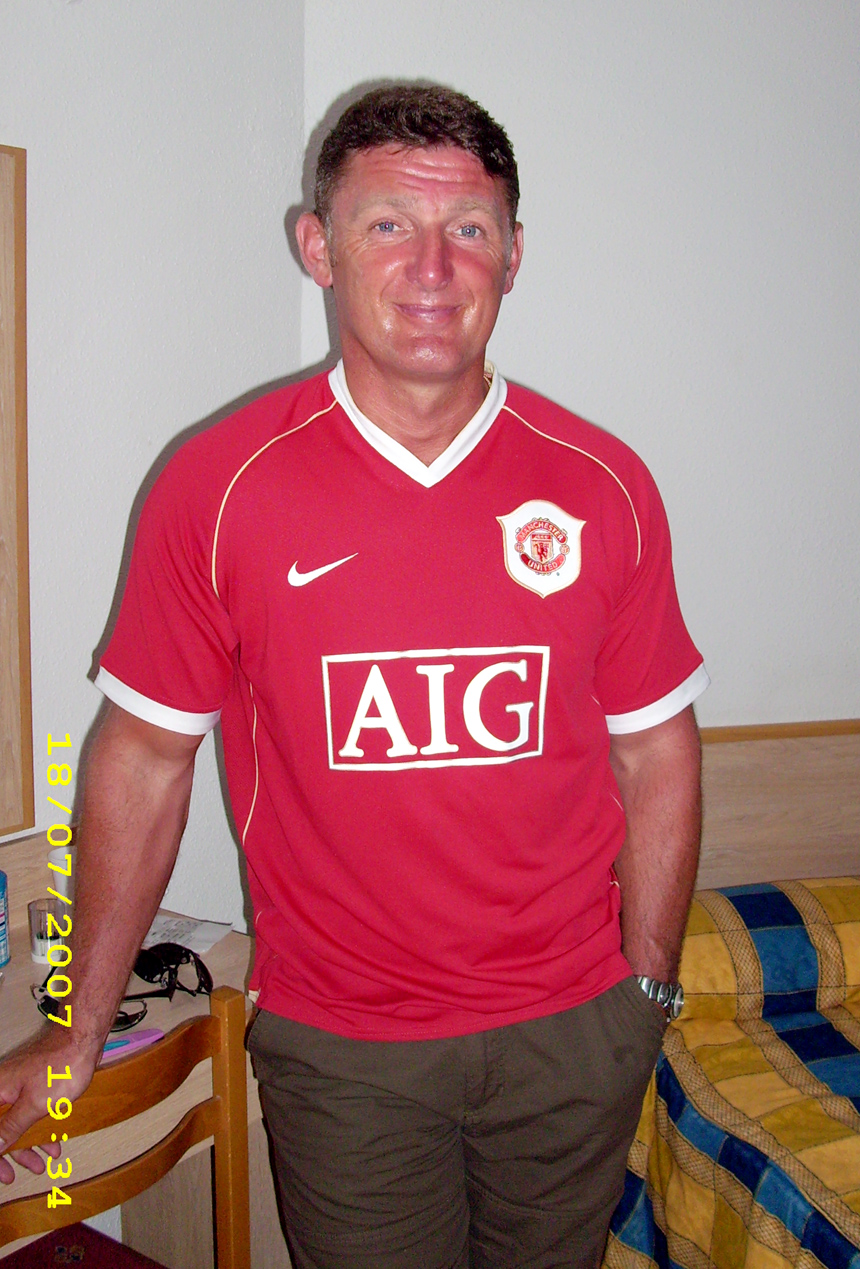 A sun-tanned David Wintersgill in the colours of the club he supported from childhood.

“Living in Teesside, I look out for Middlesbrough’s results, although I have never been a fan, and those of Wolves, of course. I know Wolves are playing up here soon and might try to get that game.

“It might interest Wolves fans to know that I don’t think Boro will make the top two. They don’t score enough goals.

“Bournemouth showed them up a bit recently and I would take Watford to beat them to automatic promotion.”

Readers may also wish to see the https://www.wolvesheroes.com/2010/03/14/variety-then-a-long-stretch-for-david/ story we wrote about David in 2010.