Now Booth Is The Man In Demand 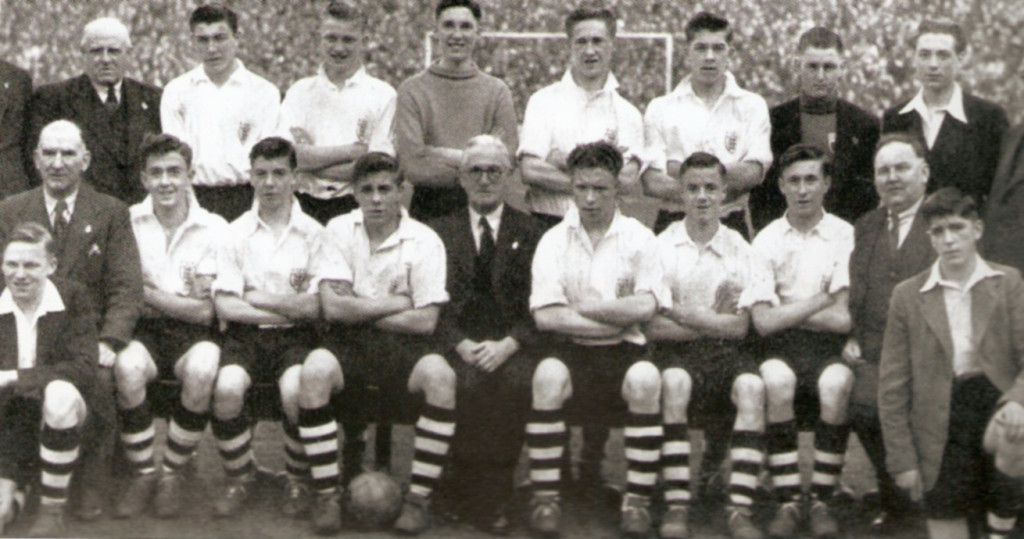 Colin Booth (in blazer, front right) with an England Schoolboys squad also containing Eddie Clamp (player on far left of back row) and Johnny Haynes (in front of Eddie’s left elbow). Kneeling on the far left is Frank Blunstone while the last but one player seated is Ray Parry.

We are on a real roll as regards being asked to reconnect old friends and now find ourselves trying to relocate Colin Booth for a best mate of his from their National Service days.

Brian Holmes is a lifelong Sheffield United fan who has good reason to remember Wolves’ visit to Bramall Lane on the final day of 1955-56.

“The two of us had done our ‘square bashing’ together at the age of 18 in 1953 and we stayed in touch enough for him to make a point of saying we should meet when Wolves came here,” Brian said.

“I am Blades daft and we up here thought Joe Shaw, our centre-half, was better than Billy Wright. I never saw anyone take him apart but Colin came here that day and scored a hat-trick.

“As a trainee soldier, he seemed laid-back and even lethargic but he was electric on the pitch, a fantastic inside-forward.

“He was also very modest and, although he personally did so well, he was disappointed as it finished 3-3 and he thought Wolves should have won.”

Bramall Lane had already featured in Booth’s career as it was where he played his first Wolves away game – in a 2-1 win at the end of 1954-55 that came 12 days after his first-team debut in a 1-0 Molineux victory over Aston Villa.

He and his club narrowly lost out to Chelsea in the title race that spring but the Mancunian played 13 League games as Wolves regained their crown in 1957-58 and then made the same number of appearances (plus two in the FA Cup) when they became champions again 12 months later.

But Brian, who is now 80 and got in touch with us via his grandson Rob Daly, has memories of the player’s re-emergence while they were together a few years earlier in the Royal Army Ordnance Corps.

“We did six weeks of intensive training together,” he added. “There wasn’t time for playing any sport while we were there, not even socialising properly, although I do seem to recall Colin liked a beer and the occasional cigarette.

“But I remember one Friday night when Stan Cullis turned up at the gates to collect Colin and take him down to Wolverhampton to play next day in a match, probably with the reserves. We were all so envious.

“Henry Cooper and his brother George were in the next hut but we never met them. It was all non-stop.

“Footballers tended to be lucky with avoiding being sent away on service once their training was over. I had to go and did my bit at the Suez Crisis but Colin was able to resume his football career quite quickly, as far as I am aware.

“I was fascinated by Wolves. Their colours were more famous than the red and white of Manchester United and they were a better team than them for a while.”

Needless to say, Brian would love to be reconnected now with Colin, who we seem to have lost touch with again after interviewing him at length for our https://www.wolvesheroes.com/2012/07/25/in-and-out-booth-still-a-major-player/ feature three summers ago. 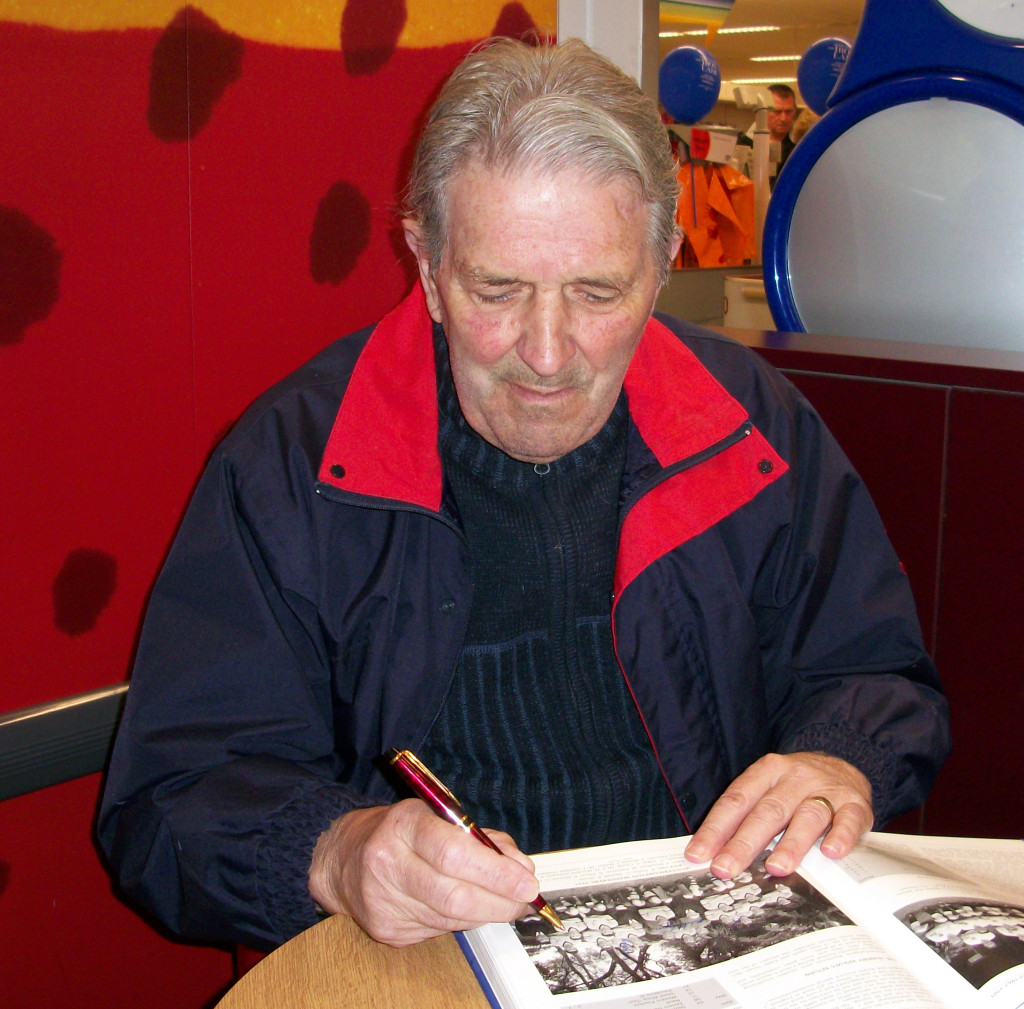 If anyone knows his whereabouts, we would be delighted to hear from them, as long as he is happy to be contacted by us.

Wolves’ visit to Nottingham Forest this afternoon is an appropriate time to be posting this story. It was to the City Ground that Booth was transferred early in 1959-60 following a Molineux stay of 27 goals in 82 games.

The player, who himself turned 80 in late December, scored home and away against Wolves in 1961-62 for Forest, for whom he netted 39 goals in only 80 League games.