A Busy Month Of Highs And Crushing Lows 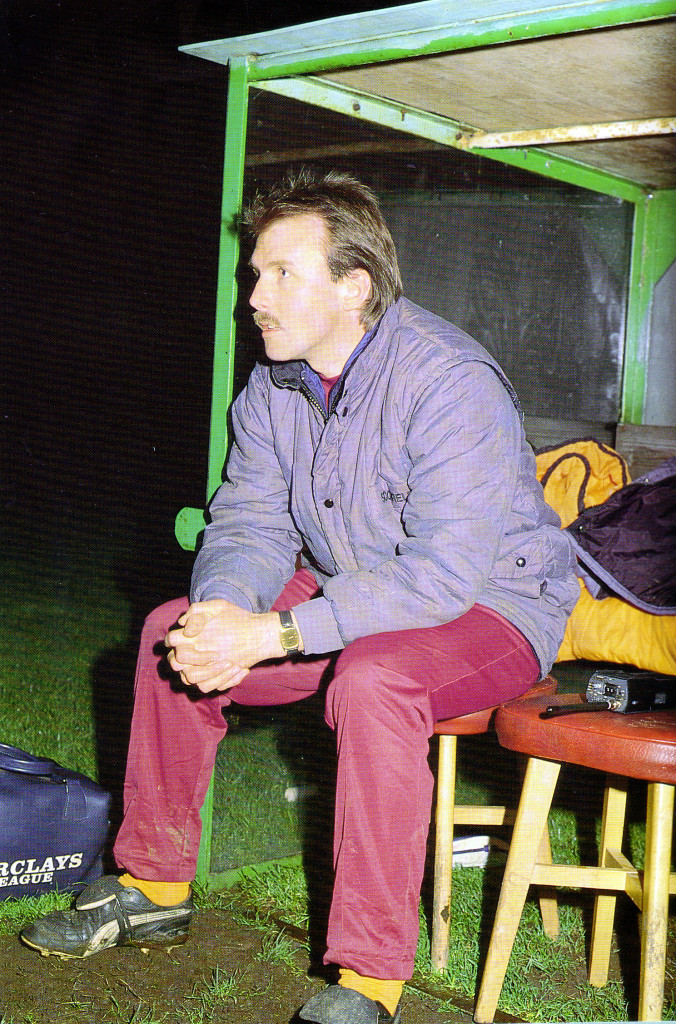 Paul Darby in the Molineux dug-out.

Monday, March 2: Bumped into the long-time former Wolves physio Paul Darby on Newport High Street and we promised ourselves we would have a coffee there soon. Hard to believe that he has been out of football now for more than 20 years and heavily involved in that time in golf.

Thursday, March 5: Rang Mick Kearns at Walsall and talked to him about the Saddlers’ last line of defence Richard O’Donnell for a feature in the Johnstone’s Paint Trophy final programme later this month. Also chatted with Mick – a back-up Wolves keeper at the time of the 1980 League Cup final – about the role at the Banks’s Stadium of Perton boy Neil Cutler, who coaches the keepers there.

Saturday, March 7: Caught up on the printed thoughts of John Richards, who was given full-page exposure in the Star on Sunday on the day of last weekend’s Wembley final. Wolves Heroes’ co-owner and Wolves’ 1974 League Cup final match-winner has also been in demand for an interview with Philip Solomon on one of the city’s radio stations.

Friday, March 13: Was interested to learn that Bobby Gould might be heading elsewhere for his winter sun from now on. Following several trips to New Zealand, where his son Jonathan has been based in the game for a few years, future plans are likely to be different after the former Celtic and Scotland man was appointed as Albion’s keeper coach – an appointment that will also see his family relocated to the northern hemisphere.

Tuesday, March 17: Thoroughly enjoyed meeting up again with Malta Wolves’ Alfred Camilleri on his annual (at least) visit to the city. Lovely that he had a good win at home to Sheffield Wednesday tonight to savour and fingers crossed for more of the same against Derby on Friday, especially as he has his wife Dorothy with him over here for the first time. By way of another welcome mini foreign ‘invasion’, I had a quick hand-shake at the final whistle with Odin Henriksen, who very kindly bailed me out with bed and breakfast for two nights during a football trip to the delightful Norwegian city of Bergen two years ago.

Friday, March 20: Spent an hour or more in the Molineux Museum prior to the home game against Derby tonight and was chuffed to meet up again with Alf Crook, who was given one of his two first-team games for Wolves when he faced Manchester United in an FA Cup semi-final replay in 1949. He and Wembley scorer Sammy Smyth are now the two oldest surviving Wanderers in their early 90s. In the press room at the game, we had the pleasure of the company of Matt Murray, Andy Thompson, Rob Edwards, Don Goodman and (midfielder) Paul Jones.

Monday, March 31: A good day to be putting in a freelance shift in the Wolves media department……the mood was still buoyant following the recent two home victories. Rob Edwards has always been a good interviewee and took in his stride the task of talking me through Saturday’s draw by his under-18 side at Liverpool for a piece on the club’s official website. Also found Scott Golbourne enlightening company as the subject of a second article and then took in the mid-afternoon briefing given to the local press by head coach Kenny Jackett.

Wednesday, April 1: Tried to come to terms with the appalling news that Frank Munro’s son Stuart had been killed in a car crash in Australia. Relayed the depressing bulletin north of the border to Jim McCalliog and others more local to us. So, so sad.

Thursday, April 2: Was disappointed today to hear that Les Wilson had been forced to cancel his planned trip to England this month because of illness in both his family and that of his brother and travelling companion, Garry. Fingers crossed that a speedy recovery is made and the delay is only a short one. They will light up any room they enter when they do make it to Molineux. 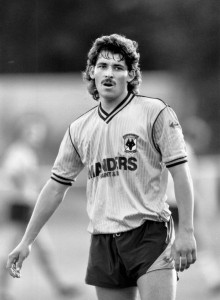 Andy Thompson…..seeing close up now a year like the one we lived through in 1989-90.

Monday, April 6: All season, I have thought how similar Wolves’ progress has been to their 1989-90 campaign as second-tier newcomers. Andy Thompson, on radio duty at this evening’s home game against Leeds, must see similarities, too, having played in Graham Turner’s momentum-fuelled side a quarter of a century ago. Hopefully, the final few weeks can be more fulfilling this time. Fans like Urban Wigert, over for the Easter weekend with more than a dozen fellow Swedes, will certainly be hoping so.