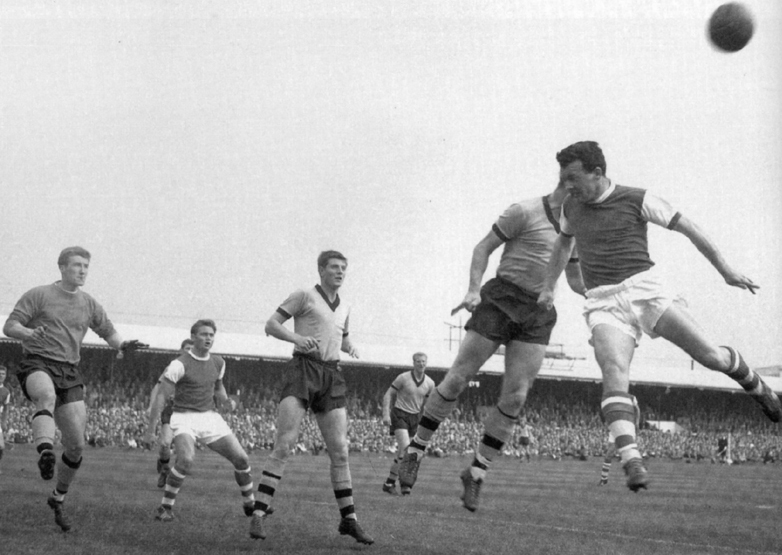 Wolves achieved a significant statistical landmark when they hit back late on to take maximum points more than half a century ago from their trip to face the club they now urgently need to beat at Molineux this Saturday.

By winning 3-2 at Portman Road on September 22, 1962, they not only defeated Alf Ramsey’s team of defending champions but also made it five victories in five away games that season.

Wolves, who had finished 18th while Ipswich were pulling off their unlikely title triumph in their first season after winning promotion, actually lost 3-2 on their trip to Suffolk during that run-in.

And their fortunes seemed to be heading the same way as they trailed 2-1 in the re-match with ten minutes to go, Doug Moran having opened the scoring in only the eighth minute.

Although Alan Hinton fizzed in a beauty from 25 yards with his right foot just four minutes later, Wolves fell behind again when Ray Crawford struck against one of the clubs he would subsequently serve.

Then, with time running out, Peter McParland – one of his side’s scorers at the venue six months earlier – netted twice in a minute to turn the game on its head.

The former Aston Villa FA Cup final hero and Irish international had done much to save Wolves from possible relegation with his seven goals in the second half of 1961-62 but missed the first nine games of the following campaign because of a thigh injury.

In his absence, Ted Farmer started with an avalanche of eight goals in nine matches, including four against Manchester City on the opening afternoon.

But the barnstorming centre-forward suffered a badly bruised leg in the 2-2 home draw with Tottenham in midweek and thus let in McParland, whose deeds at Portman Road only counted for much because Fred Davies had made several saves, notably from Crawford and Ted Phillips, to keep Wolves in contention.

Some thought McParland’s marker Andy Nelson might have got the last touch for the second equaliser but the Wolves man hungrily claimed the goal afterwards.

And, with Chris Crowe also prominent, he quickly struck again as his side added to earlier wins on the road against West Ham (4-1), Blackpool (2-0), Sheffield United (2-1) and Spurs (2-1) – a terrific run of travelling success that was ended by Bolton on the next journey away from Molineux.

The weekend proved to be a very happy one for a Wolves camp who would finish the season in fifth – no fewer than 12 places higher than the East Anglians.

Monday morning training was further buoyed by the news that Crowe and Hinton had each been named for their England debuts in the home game against France on Wednesday, October 3 at Hillsborough – a ground on which the left-winger would later score for his club in the League that season.

Hinton was a former England youth international and Crowe, who was impressing at inside-right, was a past under-23 man who, with Johnny Haynes absent following a car crash, would now be linking up at senior level with Birmingham winger Mike Hellawell. 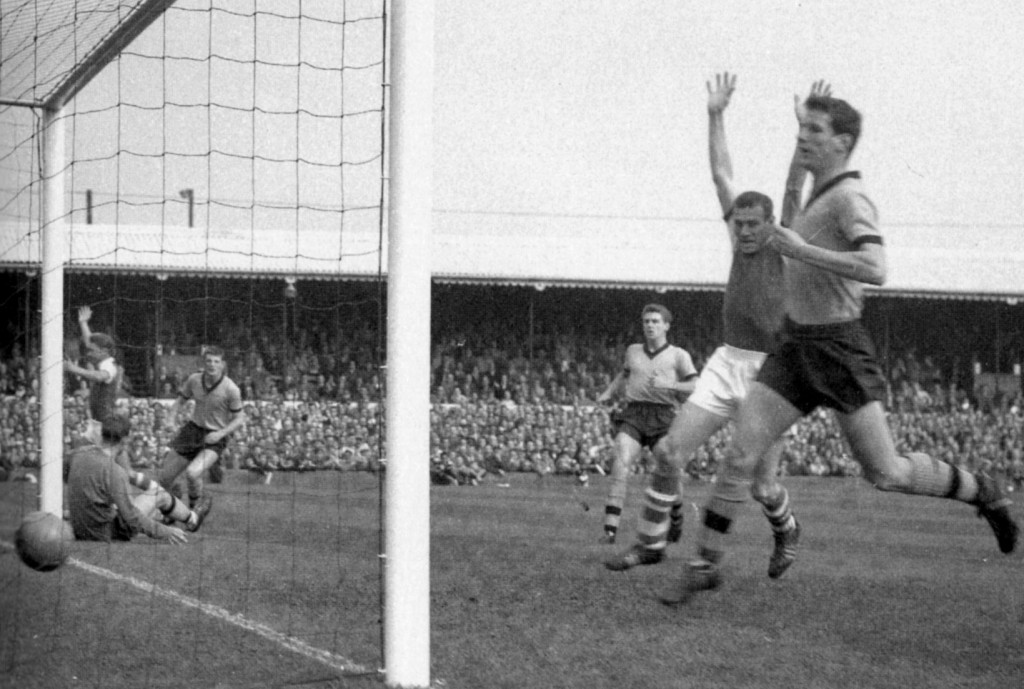 The back-tracking Duggie Woodfield is powerless to stop a shot from Doug Moran (far left) opening the scoring at Portman Road. Bobby Thomson is the other defender close at hand.

With Ron Flowers also named, the French game was the first in which Wolves had had three players in the same England team since the game against Scotland in April, 1960. At Hampden, they had had Peter Broadbent, Bill Slater and Flowers as their representatives.