A Life Touched And Shaped By Billy

In a new series of occasional features, we ask prominent members of the media fraternity – particularly those whose involvement goes back decades – for their Wolves memories. First up is well-known TV personality Nick Owen, now the head presenter on Midlands Today but formerly of Good Morning Britain and TV-am, among others, and, even before that, a sports reporter and presenter on the fledgling BBC Radio Birmingham (later WM) in the early 1970s. Here is what Nick told us about how his career has frequently touched Molineux matters. 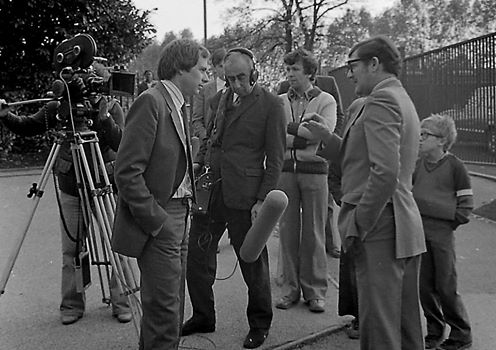 Wolverhampton Wanderers were a huge part of my young life. They were bigger even than Manchester United for a while and I was thrilled in about 1959 to get Billy Wright’s autograph when he came to play for the Showbiz All Star XI near where I was brought up in Berkhamsted, Hertfordshire.

He was in a team also containing Sean Connery, Ronnie Carroll and Tommy Steele and I came to get Billy’s signature every week….he signed my expenses after giving me my first job in television while he was Head of Sport at ATV.

I got to know Billy well and also met many of his former team-mates through him, although it was a different generation of players that I became familiar with after joining local radio in 1973, almost at its outset.

I grew friendly with Derek Dougan when Jim Rosenthal and I produced a Friday programme he presented on Radio Birmingham called Weekend of Sport.

He was an incredibly charismatic figure and I was honoured to be asked, because of our friendship, to speak at his funeral eight years ago.

He was replaced on the Radio Birmingham show by another well-known Wolverhampton sporting figure, Hugh Porter, and Jim Cumbes was another who loved being at the microphone. He had a Sunday morning show that combined music and sport.

John Richards, Alan Sunderland, Kenny Hibbitt and Steve Kindon were others I became friends with; all really good guys. I was lucky enough to be on the open-top bus tour with the Central TV cameras when Wolves came back with the League Cup for the second time and recall there being a few sore heads.

I covered quite a few Wolves matches for Radio Birmingham and did plenty of interviews with Bill McGarry and Sammy Chung, as well as playing squash with Bill once at a celebrity tournament somewhere in Birmingham. He was a good player, very competitive.

I suppose Andy Gray and Emlyn Hughes were the two biggest names in the 1980 squad, although there were any number of super players who had spent much longer with Wolves.

I think I did the first interview with Andy when he came down from Scotland to sign for Villa. And I well recall Emlyn being featured on This Is Your Life when it was filmed in the big Social Club next to Molineux. Because it was an ITV thing, we all knew about it and had to keep quiet until he was greeted by Eamonn Andrews and the famous red book as he walked off Molineux after helping Wolves beat his former club Liverpool one night.

I helped get Andy his first TV exposure. I presented two series of a show called Sporting Triangles, which had him, Jimmy Greaves and Tessa Sanderson as team captains. We used to have 14m watching!

Most football people know of my love of Luton Town and my involvement there. I am chairman now and remember Wolves being at a low ebb when they went there for an FA Cup tie two years ago. 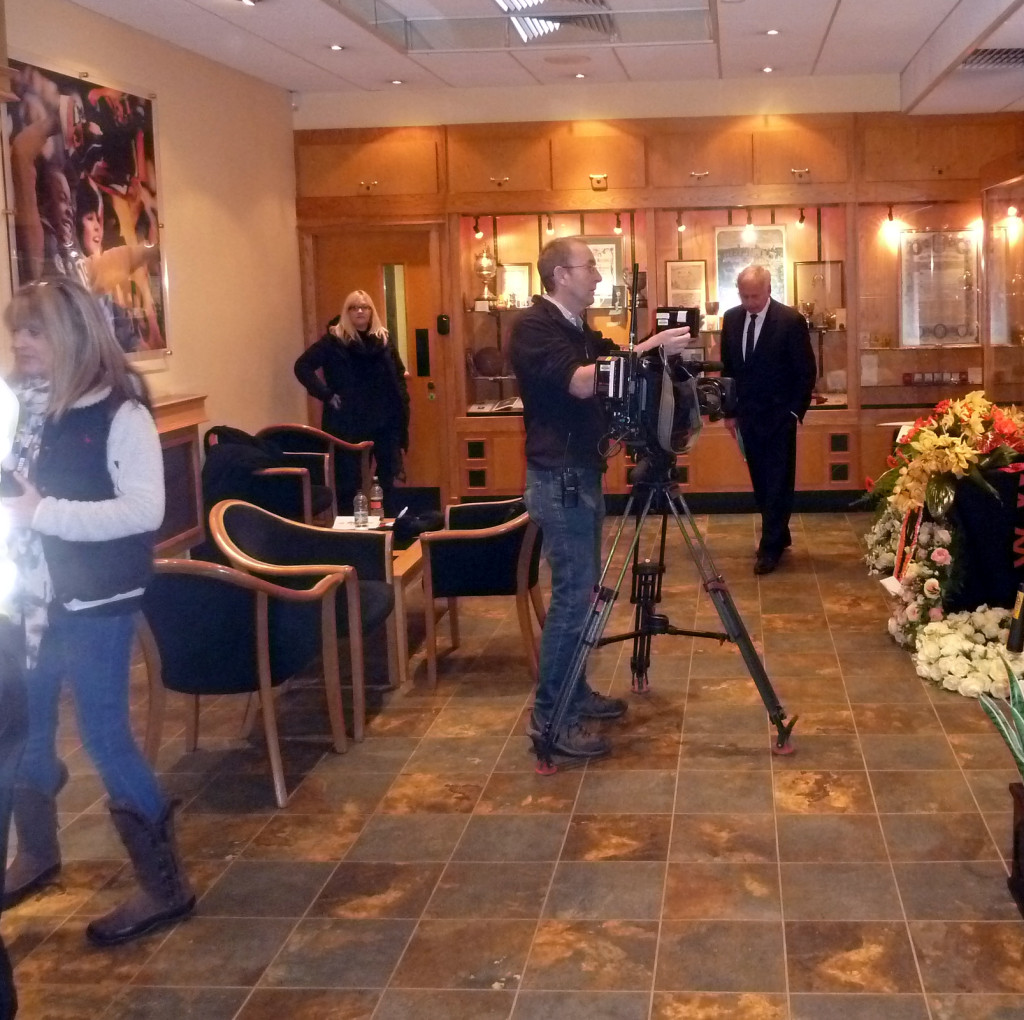 Nick at Molineux in early February in the tense few moments before he presented Midlands Today from the stadium on the day of Sir Jack Hayward’s funeral.

I was keen to say hello to Kevin Foley before the game as he was one of our former players but Stale Solbakken looked daggers at me when I was hovering by their dressing-room door trying to catch Kevin’s eye. I could tell the atmosphere in their squad wasn’t the best.

David Edwards is another who was a very good player for us for a short period of time, Mick McCarthy, who took both players to Wolves, is a manager I liked a lot, as is Graham Turner, who I knew right back to his Shrewsbury days.

My earlier memories of Wolves facing Luton concerns a First Division game at Kenilworth Road in December, 1974. It was Ron Futcher’s home debut and he scored a hat-trick for us in a 3-2 win when we were bottom of the First Division. We had a good second half to the season but went down by a point.