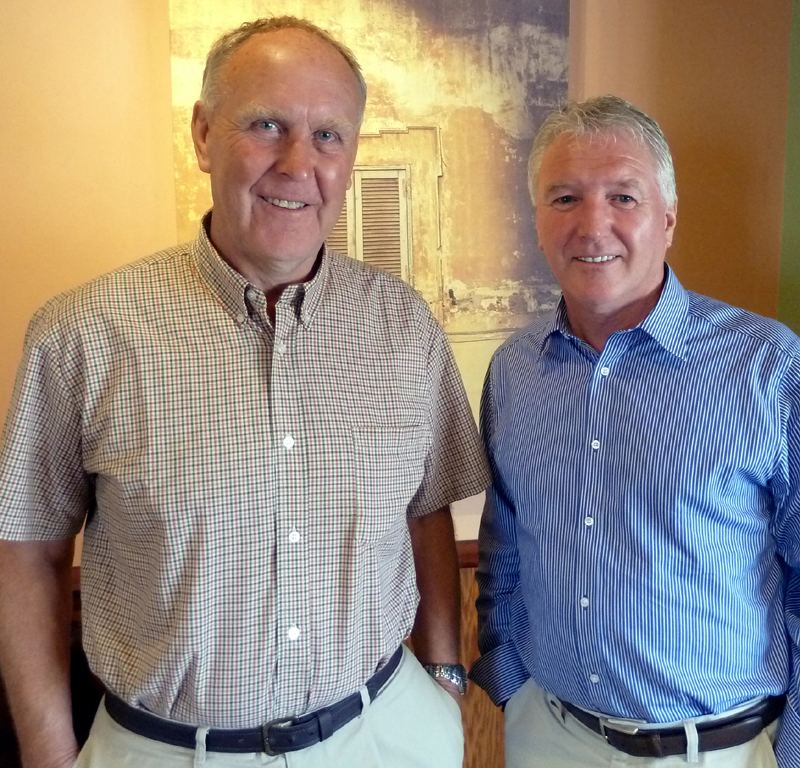 Ian Wallace (right) at a reunion with Graham Hawkins that was facilitated by Wolves Heroes.

Saturday, April 11: Seeing former Wolves and Blues defender Joe Gallagher in the press room at today’s West Midlands derby clash at St Andrew’s was no big surprise. His duties with the Press Association mean he is often there. More surprising was the sight of Leon Clarke appearing in the guests’ seats alongside us some 20 minutes into the game. The striker’s impact on loan at Wigan – one goal in nine appearances – has been ordinary.

Tuesday, April 14: Was delighted to be contacted by Ian Wallace and told that he was bringing his young grandson to a game at Molineux for the first time. Not to be confused with the red-haired former Coventry and Nottingham Forest forward, the 66-year-old north-easterner was actually a young Wolves wing-half in the mid-1960s, his only first-team game coming  as a late substitute at home to Blackburn in the 1966-67 promotion-winning season. Ian lives in the Telford area and will be of interest to the autograph-hunters I plan to tip off when we meet by the Billy Wright Statue before Saturday’s home game against Ipswich.

Thursday, April 16: Enjoyed acting as chauffeur to Charles Bamforth as we had a catch-up over coffee on the Wolverhampton outskirts prior to sitting together at tonight’s Wolves Former Players Association dinner in the Hayward Suite. Charles is a huge supporter of this website and his contributions have been plentiful over the years. He is over here on business from his home and work in San Francisco and we will be raising a quiet glass to our close mutual friend Les Wilson, who was also due to be with us until both he and his brother Garry, his travelling colleague, had some illness worries in their families that persuaded them to shelve until next season their plans to fly in from Canada for two or three weeks.

Saturday, April 18: Spent some minutes after the home draw with Ipswich this lunchtime chatting to four Wolves fans who were over from Berlin. What with they and recent visitors over from Malta, Sweden and Norway, among others, we are reminded what wide appeal this club have.

Friday, April 24: Received notification of a very worthy charity game taking place on Saturday, June 6 – that between Wolves All Stars and Middlemore Fastener Holdings at Sutton Coldfield’s Coles Lane ground.  The match, which is for the Tom Rattenberry Memorial Cup and is in aid of the NET Patient Foundation, kicks off at 2.30pm and is preceded by a fixture between Wolves Ladies and Coventry Ladies (12.30pm). Further details are available from www.netpatientfoundation.org/fundraising/shop or by ringing 01922-457799 or 0800-434-6476. Tickets cost £4 for adults and £2 for children, with discounts available for families.

Thursday, April 30: Used the proximity of the First4Staff Charity Golf Classic to pay a first visit to the home Ted Farmer and family have occupied near Bridgnorth for nearly three years now. The former barnstorming centre-forward has been golden in lending us various cuttings books and keepsakes as research for our forthcoming Wolves All Over The World book and we took the opportunity to drop by today and show him some previously unseen photos of the 1963 tour to Canada and North America on which he starred. 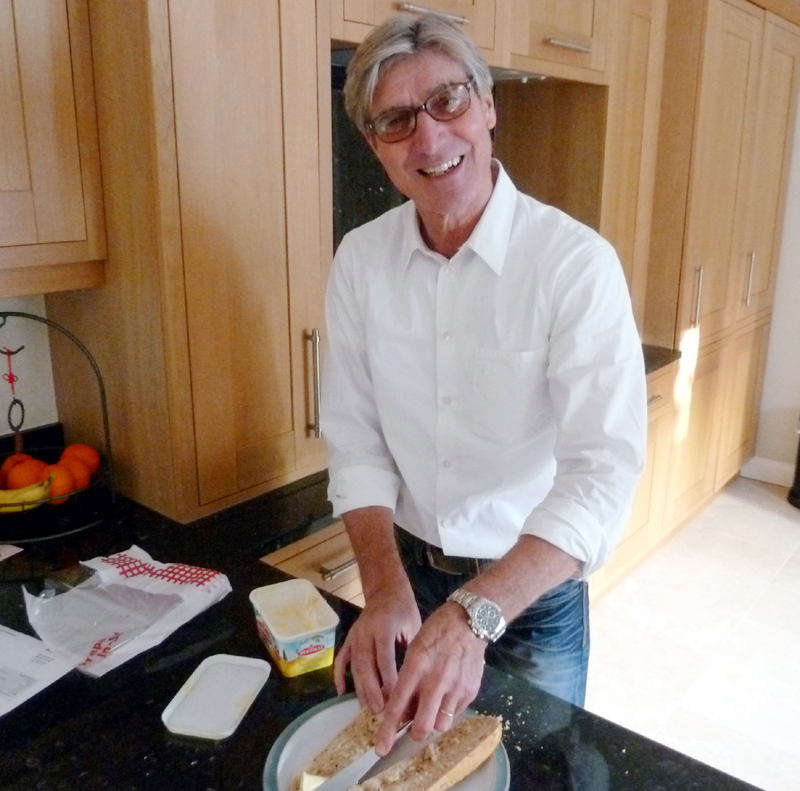 Saturday, May 1: So many Wolves links at today’s crucial Derby v Reading Championship finale that ended amid utter dejection at the iPro Stadium. There was no sign of our good friend Chris Evans, the Rams’ head of football operations, but Paul Simpson and Eric Steele are part of Steve McClaren’s backroom team and Marc Edworthy, who had a tidy 2002-03 season at Molineux in a career that stretched to around 500 senior games, is working at the club behind the scenes on match days in the corporate areas. In the tea room at half-time, we left Tom Ince’s father Paul and Steve Bruce in deep conversation but were delighted to renew acquaintances with one of Graham Taylor’s former right-hand men, Steve Harrison.