The Standards To Aim For

Food For Thought For Modern-Day Duo 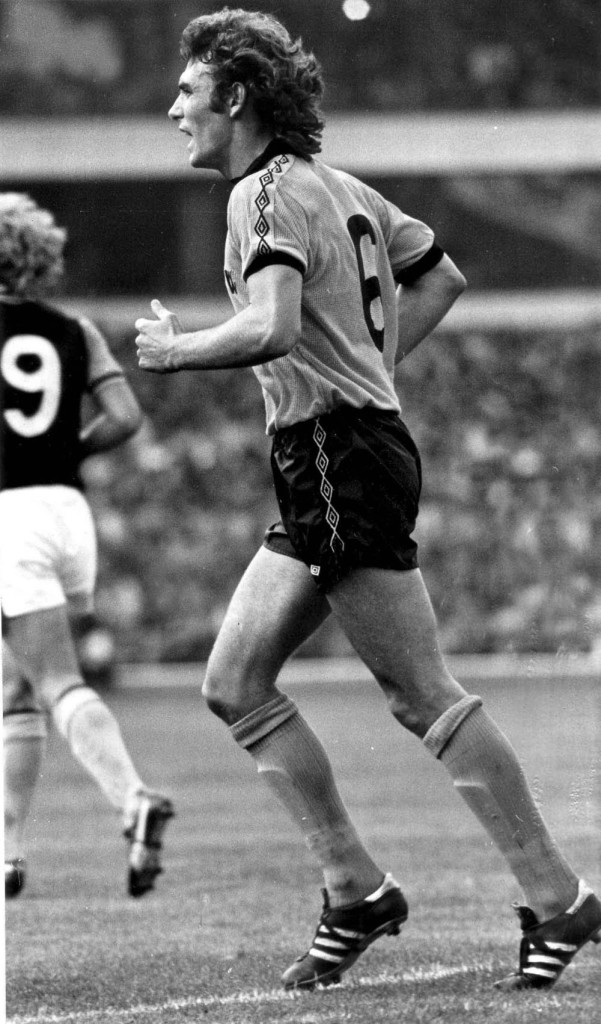 John McAlle keeps tabs at Villa Park on Andy Gray….an opponent who would become a team-mate.

In adding our own congratulations to Johnny Hancocks (posthumously) and John McAlle on their induction into Molineux’s Hall of Fame, we have been surveying the present-day Wolves squad in search of others who might one day follow in their footsteps.

By common consent, Kenny Jackett, like Mick McCarthy a few years ago, has developed a hungry squad; one full of decent lads with a determination to improve and some awareness of the club’s rich history.

It is very much within the realms of possibility that the tributes to Hancocks and McAlle that were shown on big screens at Wednesday’s big end-of-season club bash at Telford International Centre will have resonated with the watching members of the current squad and provided even further inspiration to them as they seek to better their worthy efforts of 2014-15.

We know, for example, that double player of the year Richard Stearman is proud to have learned through this website in recent weeks that he is in line to climb into the top 50 in the list of Wolves’ all-time appearance makers some time in the autumn.

The popular Wulfrunian has a similar job in the side to the one McAlle carried out so loyally and dependably all those years ago and already has around 75 Premier League outings to his name following the club’s three-year stint in the top flight under McCarthy.

He will still be only 27 come the start of next season and will be hoping that he has at least another season or two in the big league ahead of him.

A look at the Legends area of this site shows the number of quality players he might overtake in the appearances list over the coming months and seasons but, solid professional that he is, he will be more concerned with ensuring that they are outings that leave a mark on the club’s history.

And here’s where McAlle comes in. His debut approaching half a century ago was in a 1-0 defeat at Chelsea and he signed off 34 years ago this month by helping keep a Molineux clean sheet in a draw against Everton. In between, he played in a winning League Cup final team, four FA Cup semi-finals (including a replay) and in a major European final. He maintained high standards.

As we encourage our readers to revisit both the Hall of Fame and Legends sections www.wolvesheroes.com has developed, a slight coincidence comes to light.

Namely that the second man from the present generation who is busily climbing the latter of those two rolls of honour, David Edwards, must have heard plenty over the years about the other new Hall of Fame inductee.

Like Hancocks, the goal-scoring midfielder is from Shropshire and, as in the case of the two defenders, will see his distant predecessor’s record as something star-studded to aspire to. 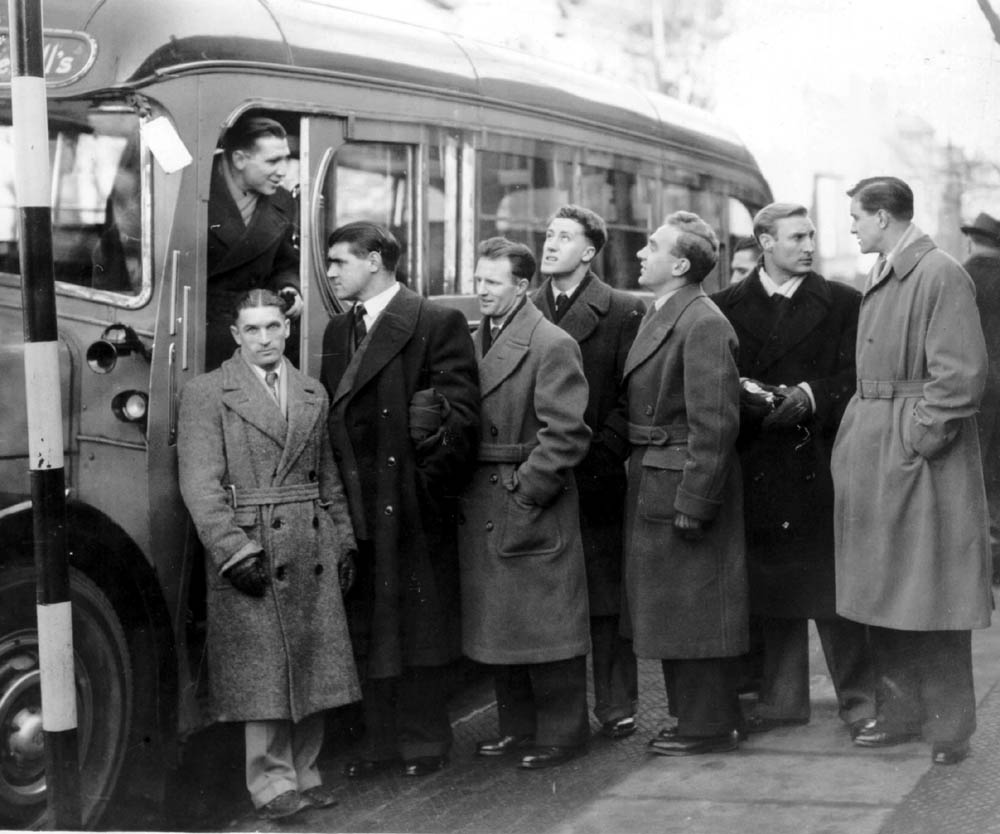 Johnny Hancocks is the only man facing the camera as Wolves’ players prepare to board their coach and depart for a 1951 FA Cup tie at Sunderland. It was a mode of transport that suited the winger, who was a definite non-flier.

We will be writing more in due course about Johnny and those 378 Wolves games, with 167 goals. Edwards’ figures are much more modest for now but he has an undoubted scoring knack summed up by how he tucked a Premier League winner against Manchester City past his good mate Joe Hart.

At 29, he also still has time on his side to add substantially to an appearance tally for the club of 225 – only six behind Stearman – and will see an interesting target if he studies our Legends area.

As chance would have it, two of the three men Stearman and Edwards will knock out of the club’s all-time top 50 appearance makers list, if they keep going a little longer, are two of their former team-mates, Stephen Ward and Jody Craddock. The latter is tied with Norman Deeley.