The Zaniest Four Rounds Around!

Don Switches From FL72 to 72 Holes 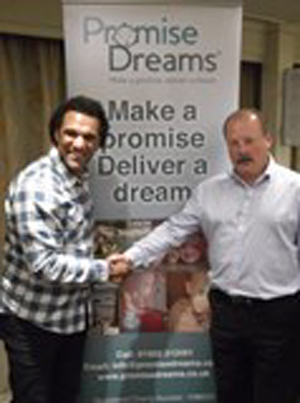 It’s a deal…..let’s do it! Don Goodman with Rob Walsh.

Two summers ago, we told the story of how Don Goodman trekked up and down the Grand Canyon among a group of former footballers to raise money for the Children Today charity.

Now, we are happy to report on how he plans to boost the coffers of a cause much closer to home by playing a round of golf in each of four countries on one day in the second half of next month.

The ex-Wolves striker and his good friend Rob Walsh, the captain of Stourbridge Golf Club, will be undertaking the unusual challenge on Monday, June 22. Please note the date……the reason for fixing this adventure for close to the longest/lightest day of the year will quickly become obvious!

Rob’s chosen charity during his time ‘in office’ is Promise Dreams, a cause close to the Sky Sports summariser’s heart, so the duo are teeing off in Dublin at 4am in nearly six weeks’ time to enable them to fly back to Liverpool ready to resume playing at Prestatyn in North Wales in mid-morning.

From there, already tired and no doubt in need of refreshment as they are chauffeured north by their friend Keith Baldwin, they will head for a third round at Carlisle, from where the trip across the Scottish border should just – with luck on their side – leave time for 18 final exhausting holes at Powfoot.

“I must confess it was Rob’s idea that we attempt this madness,” Goodman said. “But I can be a little mad at times and remain passionate and committed to the terminally and seriously ill children and families that we strive to help.

“He has already raised an incredible amount of money (thank-you to all at Stourbridge), so I have committed to this astronomical challenge on behalf of my beloved charity.

“A normal round of golf can take upwards of three and a half hours. That means about 14 hours of golf in total, plus travel. It will obviously be tiring physically, although Rob’s in great shape (!) as you can see on our promo photo on Just Giving https://www.justgiving.com/fourcountrygolfchallenge/

“It will also be an emotional challenge – for Rob, I mean, having to spend 24 hours with me! 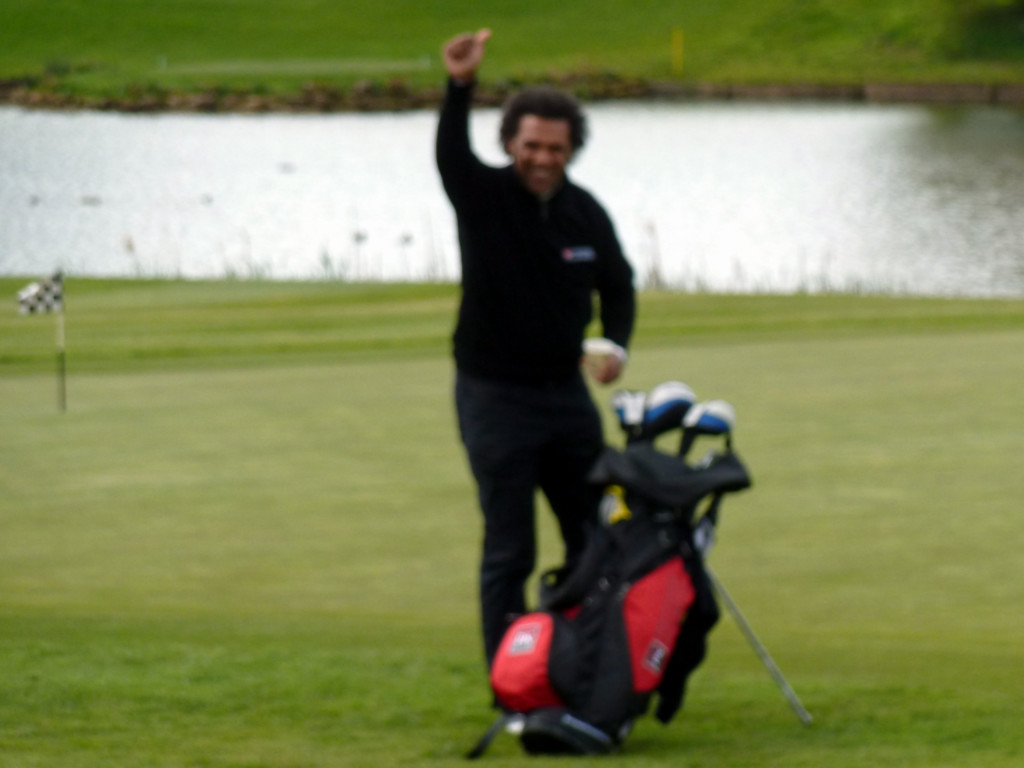 Captured on a dodgy zoom at Astbury Hall…..the former Wolves striker really will be a blurr on June 22!

“We would very much appreciate it if you are able to make a donation towards our cause. Every little helps, £1, £5, £10 orwhatever you feel able to give. It will be gratefully received.

“We would also be thrilled if the word could be spread to anyone who you feel may want to support us or who may like to discuss any form of sponsorship.”

Goodman is currently extra busy in the commentary box during the play-off programme but played in the First4Staff Classic involving former Wolves players at Astbury Hall a fortnight ago.