Home Was At Its Sweetest In Sensational Run 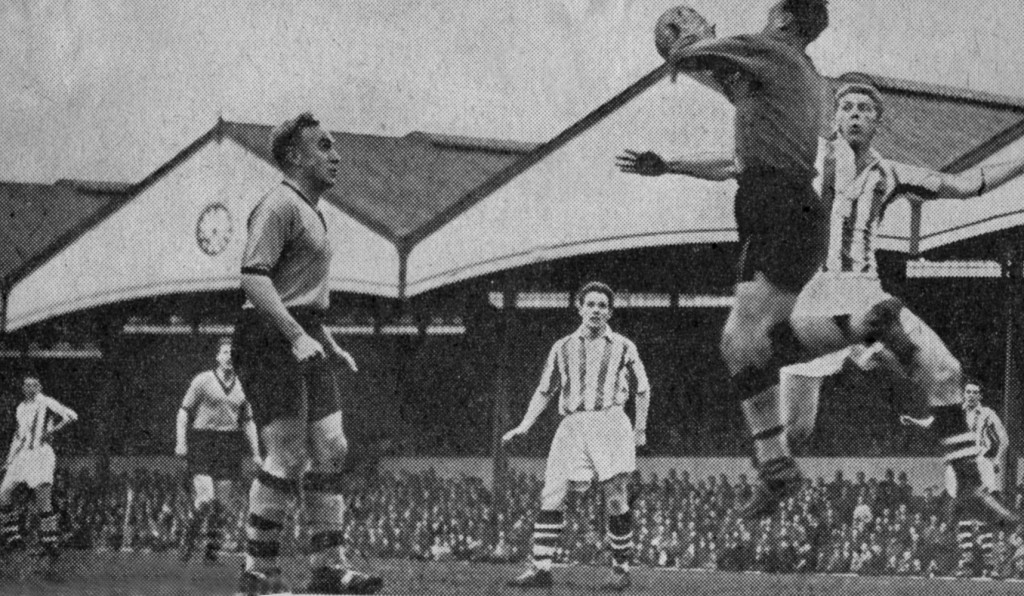 When managers and players talk about the need for making their home ground a fortress, what level of impregnability are they seeking?

In Wolves’ colourful and illustrious history, it is doubtful whether Molineux has ever had the same aura as it did across eight truly golden months in 1957.

In that spell, reigning champions Manchester United were toppled there, so, too, were local rivals Villa and Albion – each by three-goal margins. There were five goals to spare when Sunderland and Bolton were despatched and four on the day of the dismantling of a Tottenham side who were on the rise towards double-winning greatness.

Chelsea, League champions at Wolves’ expense two and a half years earlier, were another sent home empty-handed. Oh, and while we are at it, Real Madrid were among the foreign invaders who found there was nothing doing for them at this compact and inspiring venue.

The run of home invincibility started after Burnley pinched a 2-1 victory there on March 30, 1957. In what was left of the last season before Wolves achieved back-to-back title successes, Newcastle (2-0) and Albion (5-2) were beaten in the next two Molineux fixtures before Villa (3-0) went the same way on the final day.

Then things were cranked up a little in the new season….

Bolton crashed 6-1 and Sunderland 5-0 in the space of four days after Wolves had actually kicked off their 1957-58 Championship-winning campaign with a 1-0 defeat at Everton.

Blackpool, always formidable opponents in the 1950s, put up more of a fight before losing 3-1 and the margins were fine when Villa lost by the odd goal of three on the following Monday night.

The winner came late on from Norman Deeley, whose five goals in the first seven matches still did not have him installed as the club’s top scorer. That honour belonged to Jimmy Murray on six – all of them at Molineux, where the side now had seven victories in a row.

There was much more to come, though. After winning high-scoring games at Leicester and Villa, Wolves returned home to dent Manchester United’s hopes of a successful title defence by beating them 3-1 on a day when Stan Cullis was absent because of flu.

That was a big scalp, as was that of Spurs in the following midweek. Almost 85,000 fans had filed through the Molineux turnstiles in five days that had also brought seven goals for the home side.

How could the champions-elect possibly top all that? Err, by beating European Cup holders Real Madrid in a five-goal thriller in front of more than 55,000 in mid-October.

The 2-1 victory when Chelsea came to town two days later seemed low-key by comparison, although Wolves had to hit back from behind to prevail. Jimmy Greaves set up the Londoners’ early breakthrough but, at the other end, Murray entered his first lean spell of 1957-58 after zooming to the top of the country’s marksman charts by netting ten times in the first 11 matches.

Wolves’ sequence of  home League wins had stretched into double figures with the small matter of Real’s conquest wedged in there as well, plus that the previous spring of their countrymen from Valencia.

And there was still time for one final worthy win. Newly-promoted Nottingham Forest had themselves led the table in the autumn of 1957 but Deeley struck for the fifth game running in a one-sided 2-0 victory that left him two goals ahead of Murray on 13. 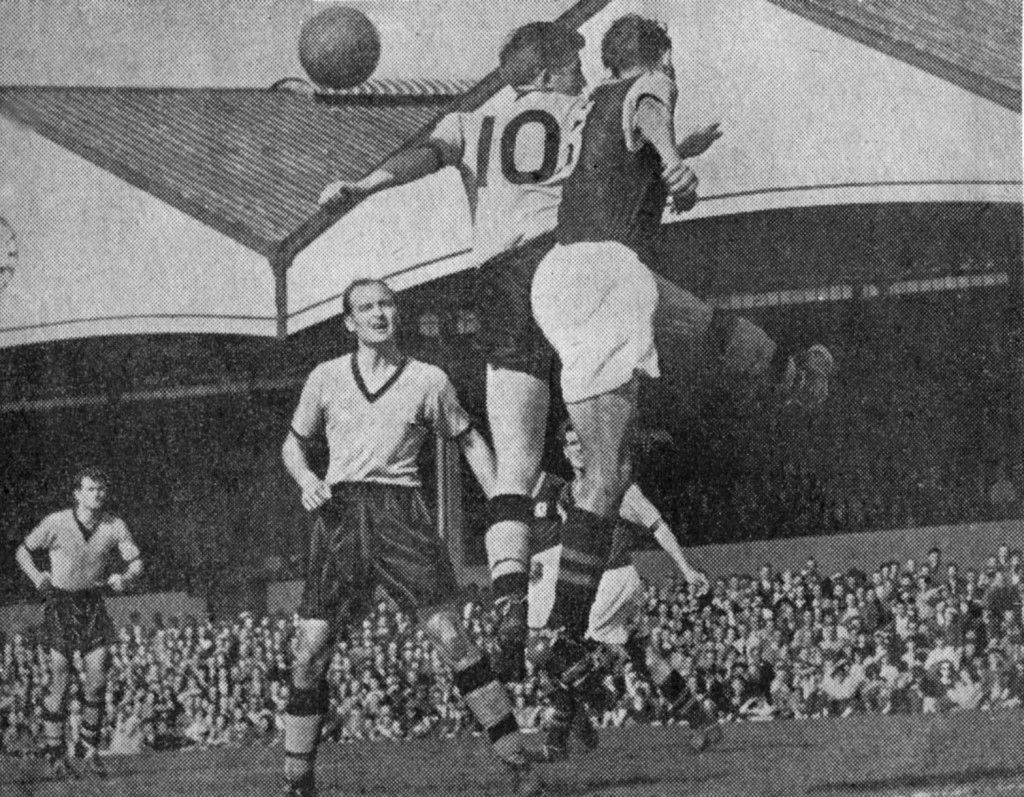 And now it’s Villa on the receiving end as Wolves gain immediate revenge for a 4-0 thrashing at Villa Park by winning 3-0 in the Molineux return the following evening in April, 1957. The two-goal Peter Broadbent is supported here by fellow scorer Dennis Wilshaw, with Jimmy Murray in the distance.

The result was all the more commendable as Cullis had tried to get the match postponed on the grounds that he had only three fully fit players because of a flu bug ravaging his squad.

Almost 48,000 had been there to witness the West Midlands domination of East Midlands and the figure was 7,500 higher when Albion made the short journey up the A41 on November 16.

The result, a 1-1 draw, may have been disappointing to Wolves fans but their team were three points clear at the top, with the Baggies in second place. And the League Championship would be returning to Molineux the following spring, helped in no small way by that memorable home form.