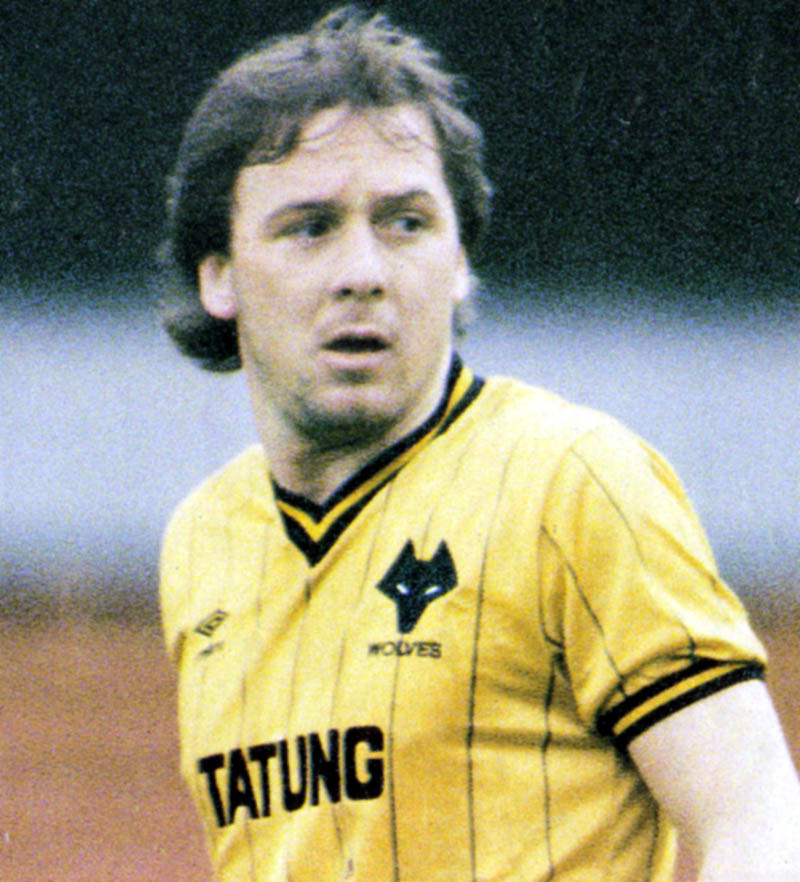 We at Wolves Heroes were saddened to hear today of the death of 1980s Molineux midfielder Andy King at the age of only 58.

The Luton-born player had still been working in the game as a scout at newly-promoted Milton Keynes Dons.

He died of a heart attack at home, having also recently worked as assistant manager to Aidy Boothroyd at Northampton and in the backroom at Colchester beneath Boothroyd and ex-Wolves assistant John Ward.

King played 30 games for Wolves from early 1985 to late 1986 and his status as one of the key elements of a struggling side is underlined by the fact that he scored ten goals, including a brace at home to Bristol Rovers.

He netted in his final three appearances for the club and, despite not playing again for them after the end of November in 1985-86, remained top marksman for that season.

Having been recruited by Tommy Docherty from Dutch football, he went on to rejoin his first club Luton after Molineux and play top-flight football for them.

We interviewed him at length while he was still on the Colchester staff in November, 2009, and he revealed that he had had a heart attack five months previously.

“I was in hospital for ten days and it will surprise my friends that I haven’t had a fag, a drink, a bar of chocolate or even a pork scratching since,” he joked with us. “I have found out just how boring life can be!”

We then bumped into him when we were at the Southend v Crewe play-off semi-final in 2012.

King also played for Everton, QPR and Albion, playing for Ronnie Allen’s Baggies in an FA Cup semi-final defeat against Rangers in 1982.

He then returned to Goodison, where he had struck a winner in the Merseyside derby first time round, in a deal involving a swap with another ex-Wolves man, Peter Eastoe.

The former England under-21 international was seen as the life and soul of the dressing room wherever he went, his versatility emphasised by the fact he served Luton as commercial manager before having managerial stints at Mansfield and Swindon.

He thought he was to be appointed Wolves boss in succession to Bill McGarry in the mid-1980s but the board turned to Sammy Chapman instead.

Bob Coy, whose own Wolves career preceded that of King, contacted us quickly after hearing today’s news to say: “Sad news about Andy. He played a few games with us when I was at Aylesbury United. He was a good bloke.”