Villa Favourite On His Wolves Connections

Cup Final Day Cue To Profile Favourite From Across The Patch

Every so often, we ask a former player without any direct Wolves links to open up on how matches against the club, or dealings with Molineux favourites, have impacted on his life and career.

When we put that question to Neil Rioch recently, on the occasion of our interview with him for the Backpass nostalgia magazine, we got more than we bargained for and considered the appearance of his beloved Aston Villa in the FA Cup final today as a good reason for posting his thoughts now.

Resident in the Villa hot-bed of Erdington for some three decades since the end of a playing career that was highlighted by his move with brother Bruce to the West Midlands in 1969, Rioch knew several of the characters we have featured over the years on this site and had this to say about his experiences with them: 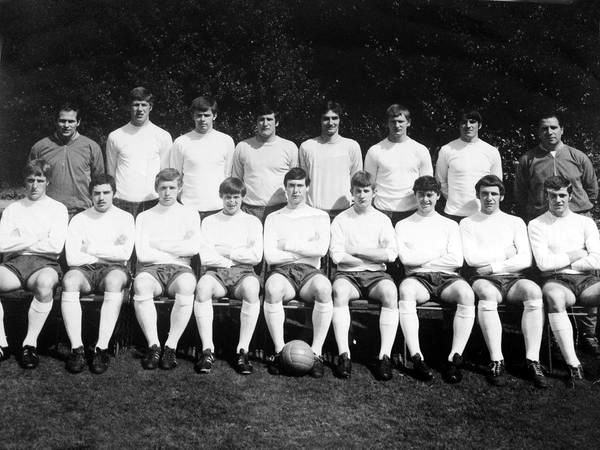 Neil Rioch (two along from the left of the back row) on an England youth squad photo from 1968-69. Three along is Steve Kindon, with Dave Thomas in front of his left arm. Bill Shorthouse is far right on the back row.

Stan Cullis: My dad, who later ran the Luton youth side I played for, managed the Army team and said he had the best half-back line anyone could ever have. It was Matt Busby, Stan Cullis, Joe Mercer.

Bill Shorthouse: Bill was a great guy. He was on the coaching staff at Villa after ending his long association with Wolves and was a hard man but nice with it. He could strike a great ball with his right foot and loved joining in and pinging it around when we formed a circle in training to practise our passing. He was also assistant to Wilf McGuinness when I was in the England youth squad.

Steve Kindon and Dave Thomas: I was a team-mate of both in the England youth side in 1968-69. Stuart Metcalfe was first choice on the right wing at first, then Dave went into that position and Kindo to the left. Bob Latchford was our centre-forward. Bobby Stokes, Chico Hamilton and Albion’s Lyndon Hughes were others in the side. At the time, Steve and Dave were at Burnley, who had a successful youth team.

Tommy Docherty: He brought Bruce and myself up here for a combined fee of £110,000 from Luton, who were then in the Third Division. I knew all about his reputation for building a top young side at Chelsea and thought he could do the same at Villa. I remember being in the bath with his son Mick (a Wolves coach in the early 1980s) after an England age-group victory over Belgium at Upton Park and suggesting he might put a word in for me with his dad. Maybe that worked! Tom had a lot of good qualities but had a destructive side to his nature as well and seemed to set about splitting the dressing room into different factions.

Keith Downing: I took my coaching badges with him and I’m not surprised he has had a good career in the dug-out. He’s a great guy. I didn’t want to manage but I did find myself having a good year in charge of Stourbridge in the early 1990s.

Frank Upton (part of the early 1980s Wolves backroom team): He was brought in by Vic Crowe when I was playing for Villa and the number of lads he helped produce in that youth system was astonishing. Jake Findlay, John Gidman, Bobby McDonald, Roy Stark, Brian Little, John Deehan, Steve Hunt….they must have saved the club millions. Neville Briggs was the scout and he brought the players in for Frank to work with as youth coach. Several of them went on to play international football and win trophies. 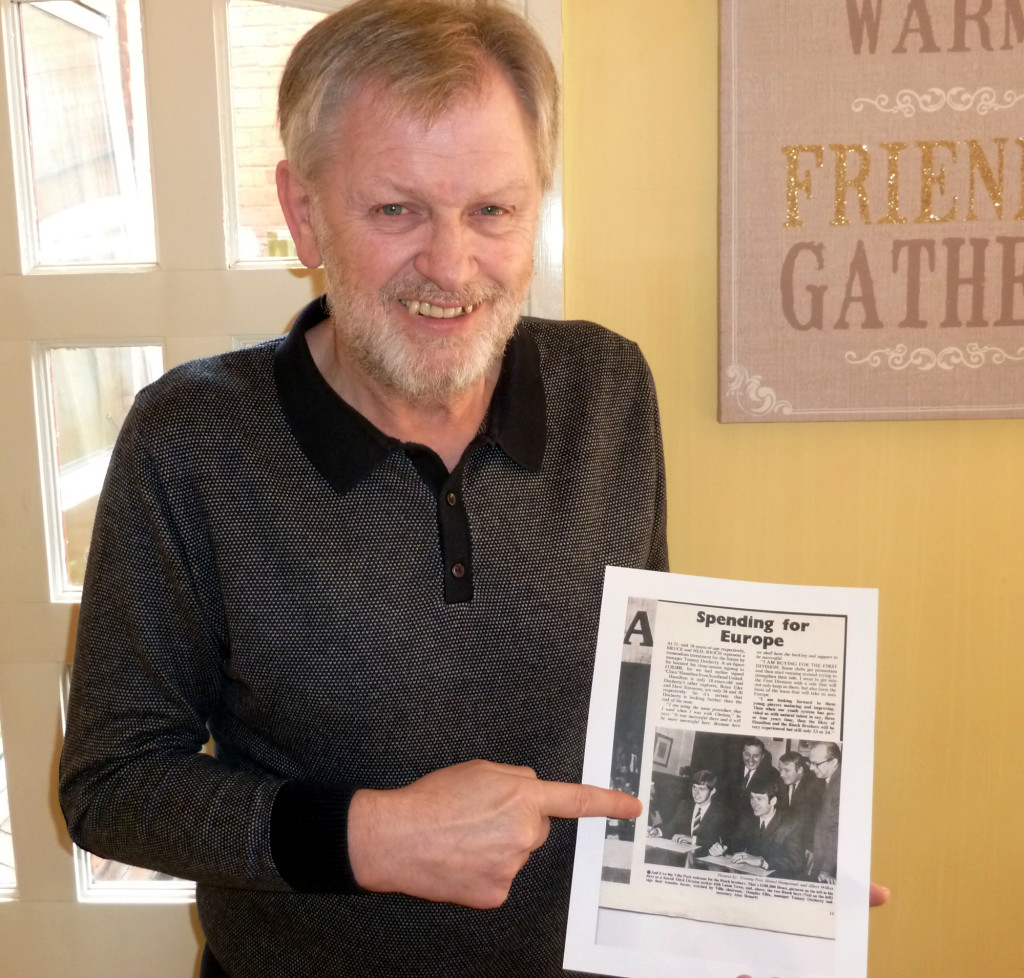 Neil Rioch shows off a photo from more than four and a half decades ago of he and his brother Bruce signing for Tommy Docherty’s Aston Villa.

Geoff Crudgington: He was one of the Villa lads I knew and who Tommy Docherty sent me out with to play for Toronto for experience. Brian Talbot and two lads from Crystal Palace also went. When I went back to Canada towards the end of my career and played for Portland Timbers, Barry Powell, Chris Dangerfield and Jimmy Kelly were among my team-mates, as was Jim Cumbes. Pele, Eusebio and George Best were among the greats we faced.

Peter Broadbent: He was still a player at Villa when I signed there – and what a talent! A great, great player. I loved playing with him. I saw him again when he came to Villa as a match-day guest in much more recent times and it was sad to see him with dementia problems.

Paul Birch: I went to see him when he was ill, about a year before he died, and he was worried about the welfare of his daughter Olivia, who was 11 then. I had set up the Former Players Association at Villa, after being advised by Peter Creed and those who launched the Wolves one, and we formed the Paul Birch Trust. It supported him and her and the final payment was actually last week as she’s 18 now. We helped her through her education.