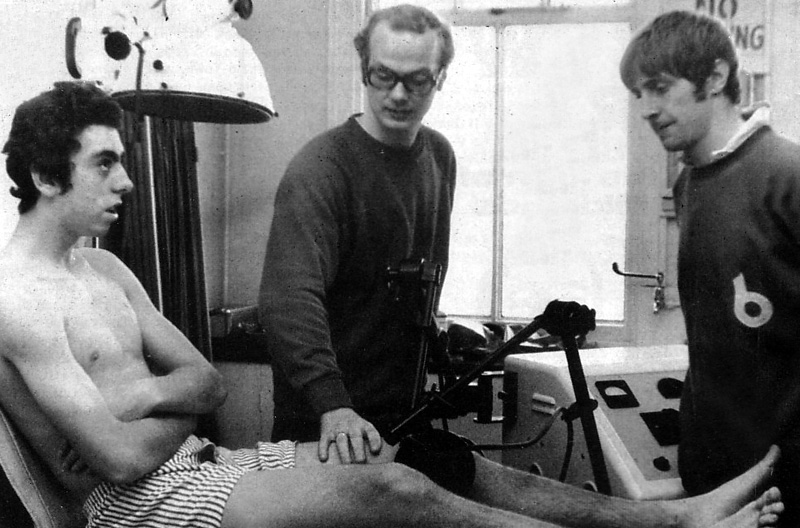 Brian Owen, who these days runs a private physio practice, watches Toby Andersen at work in the early 1970s with a nattily (un)dressed Geoff Palmer.

Lengthy features on two men who served Wolves during the successful first Bill McGarry era are included in the latest issue of Backpass.

Brian Owen, the former Molineux player-coach whose career in the game has stretched astonishingly into six decades, is the subject of a revealing two-page insight by Ron Hadgraft.

The writer is well connected with football in East Anglia and Essex and, as such, knows him well enough following his long service with Colchester as to be working with him on his autobiography.

We will keep our readers updated on this project but, in the meantime, have no hesitation in recommending Britain’s top football magazine for a look at how Owen first met McGarry and Sammy Chung while working with them at Watford and then linked up for a second time when a phone call from the right-hand man took him from the Layer Road reserves and into the backroom set-up and eventually the first team at Wolves.

The Walker article was penned by Wolves Heroes’ David Instone following an interview on the player’s home patch in West Yorkshire.

It is a story with a difference, though, with much emphasis on a colourful post-football life that includes work as chauffeur to actress Joan Collins.

The late 1960s and early 1970s Molineux midfielder became a millionaire through his entrepreneurial instincts – certainly more than he managed during a playing stint that was highlighted by a successful title-winning stay alongside John Barnwell and Eric Steele in the lower divisions at Peterborough.

Peter Knowles, whose club house Owen moved into, is also mentioned in the Walker feature as these good mates both arrived in the West Midlands via the famed Wath Wanderers nursery. 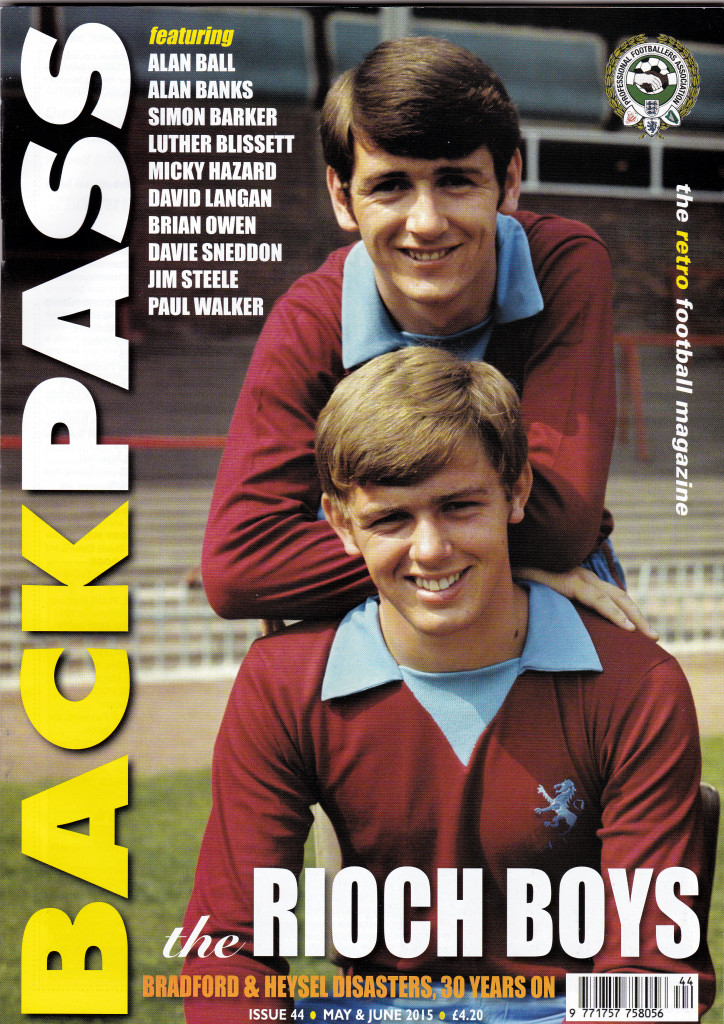 A drop of claret by way of a teaser!

Elsewhere in issue 44 of this high-quality nostalgia magazine, which has Neil and Bruce Rioch on the front cover, there are name checks for Graham Taylor in a Luther Blissett article, a nod to how Wolves missed out on World Cup winner Alan Ball, praise for Adrian Williams from a Reading historian naming his dream team and some dubious references to the Wolves-based father of Villa legend Billy Walker from the very start of the 20th century.

The latest issue of the seven-and-a-half-year-old publication has a page dedicated to back copies, which reveals just how well served by it Wolves supporters have been.

Backpass costs £4.20 and is available at most branches of WH Smith and at a wide variety of other retail outlets.

Wolves Heroes readers can click on the icon to the right – the one with John Richards’ photograph on – to learn much more.