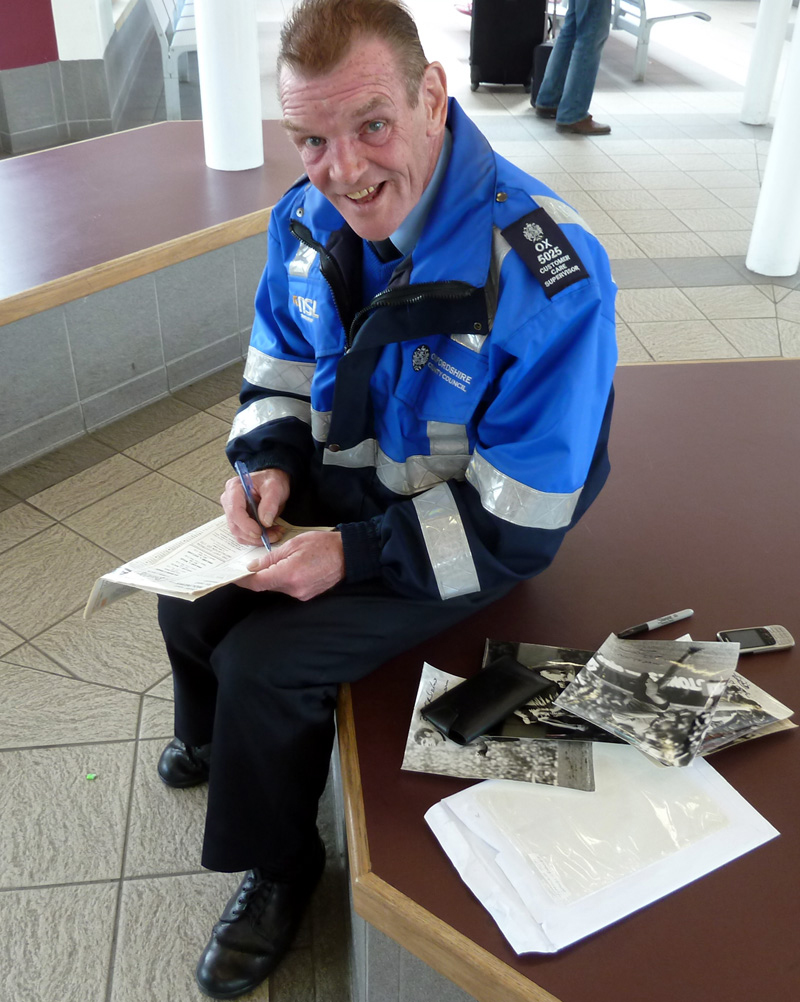 Hugh Curran when visited by Wolves Heroes several years ago.

Hugh Curran is still striving to fix up a family meeting on one side or other of Hadrian’s Wall – to collect an honour that was handed over in his absence more than a year ago.

The former Wolves striker remains resident in Oxford and knee problems dating back to when he had to call time on his playing career at the Manor Ground in the late 1970s contributed to him being unable to travel north to the function at which his football life was celebrated.

His brother Ronald went along instead to receive the award and the two have not managed to meet since.

“He and his son went along to the dinner and are apparently keen to present me with the trophy and their bar bill!” Curran said today. “I am not even sure what the award is and am keen to find out.

“I had a call out of the blue early last year to say I was being entered into a Hall of Fame. The do was in Lanark and I assume it was just for players from that area, as I used to live four or five miles from there in a small place called Carstairs.

“I couldn’t go, partly because of my knee and it was a journey of about 400 miles each way, and haven’t seen Ronald for about three years, so he and his son went along and had a good night by all accounts. It would be good to see the trophy and know more.”

The 71-year-old used to play for Third Lanark after having a stint as a teenager at Manchester United but went on to make his name south of the border with Millwall and then Norwich.

He also played five games for Scotland, scoring a goal against England at Wembley in 1971 in a 3-1 defeat in which he was replaced by Wolves team-mate Frank Munro. His other appearances were at home to Northern Ireland in the same British Championship series, away to Denmark and Russia that summer and against Austria in Vienna in 1969 – the year he had joined Wolves for £60,000 from Norwich.

Curran’s goal record at Molineux was outstanding. He netted no fewer than 47 times in only 98 appearances, seven of which were from the substitutes’ bench.

His scoring tally in 1969-70 alone was 23 – well over double his nearest rival from the club – with braces coming for him against Nottingham Forest, Chelsea home and away, Everton, Albion and Brighton.

Glasgow-born Hugh is still working on the Park and Ride scheme at Oxford, where he is now based at Kidlington, and has chosen to put off the possibility of a replacement right knee. 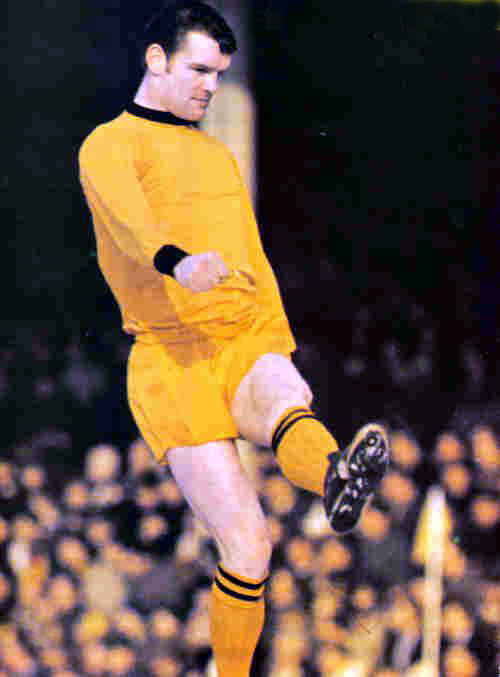 As he is fondly remembered from Wolves’ all gold era.

“I still play golf off 14 and don’t really fancy going into hospital, so I am happy for now with the pain-killing injections,” he added.

“You are great for about four months and feel you could kick a wall down. Then the pain comes back worse.

“It is the same knee that persuaded me to quit in 1979 during my second spell with Oxford. Heading the ball was one of my strengths and when I could no longer get up and dangle in the air as well as I could, I decided to call it a day.”